A mystery with a shocking twist: Death by indoor lightning

An illuminating study on a very strange demise 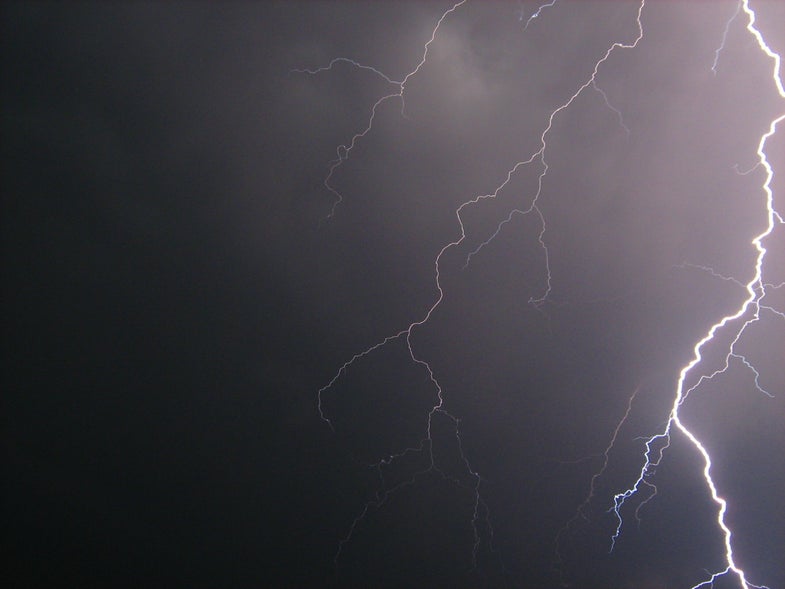 Caution: This article contains descriptions that may be disturbing to some people.

Recently, in an undisclosed place and time, police wandered onto a grisly and unusual scene.

That day, a 53-year-old man had been renovating his cottage alone when he stopped answering his phone. His family, growing worried, called the police, who showed up at the man’s door.

Inside, they found his corpse lying between two metal sawhorses, badly burned. But there was no evidence of fire anywhere else in the house, and no sign of an electrical malfunction, leading investigators to wonder whether the man had been burned elsewhere and then hidden in the cottage. But a closer look indicated that this death was much more unusual. The case is detailed in the American Journal of Forensic Medicine and Pathology.

Seventy percent of the man’s body was covered in first-, second-, and third-degree burns, his clothing and hair singed, while other parts appeared untouched. There was an especially bad burn on his left foot, and the skin was broken on his right thumb, which also showed a yellow discoloration. His airways did not contain soot. Instead, he bore evidence of heart failure.

Taking a look around at the steel beams that protruded from the central area of the cottage to the outside of the house, and the metal tools scattered about the man, the investigators put two and two together. These burns weren’t caused by fire. Instead, a lightning bolt must have travelled down the beams, arcing across the metal tools. The electricity entered the man’s body through his left foot, and exited through his right thumb after passing through his heart.

Meteorologists confirmed a thunderstorm had passed through the area a few hours earlier, right around the estimated time of death.

Eight million flashes of lightning streak across the sky each day, but only about 35 Americans a year are killed by lightning strikes. The vast majority of those strikes happen while the victim is outdoors. Indoor lightning strikes, when they do occur, are usually related to using a phone during a storm, and they’re rarely deadly.

When a storm’s coming, the Centers for Disease Control and Prevention recommends that you go indoors and stay away from electronic equipment, corded phones, and water. And if you live in a house with exposed steel beams, it might be worth staying away from those as well.