The human microbiome has been in the news for several years now, as researchers have begun to unravel the importance... 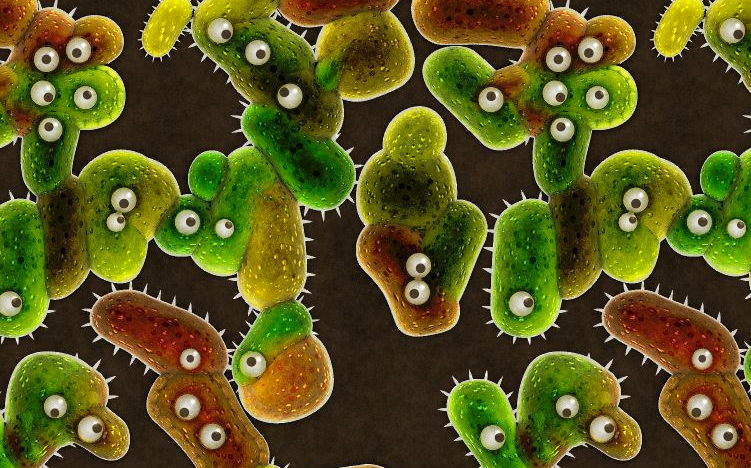 The human microbiome has been in the news for several years now, as researchers have begun to unravel the importance of microbes living in and on our bodies. These bacteria and other microbial critters influence human health, and the composition and combination of various species have been linked to everything from eczema to obesity.

But what about the microbes that live in our buildings—how do these species impact our health? And can we change the design of a building to make its microbial ecosystem healthier?

Before scientists can answer these questions, they need to figure out whether building design controls the indoor microbiome to begin with. Biologists and architects at the University of Oregon’s Biology and the Built Environment Center have been working to understand this relationship. Today, the group published their third paper on the topic in PLoS One, and the biggest survey so far.

“What we did in our paper was ask this really fundamental question,” says Jessica Green, the director at the center. “Given this hypothesis that is becoming more and more actualized—that the indoor microbiome is important to health—do we have any control over what kind of microbes are indoors or out?”

To find out, Green and her team, which included lead authors Steven Kembel, a former postdoctoral research now at the University of Quebec, and James Meadow, a current postdoc, surveyed bacteria living in Lillis Hall, a multi-purpose building on the University of Oregon campus.

The team worked closely with the building’s designers to understand the function of various rooms, including the connectivity (number of doors), the purpose and the number of occupants (offices with low occupancy and low diversity, for example, or classrooms with high occupancy and high turnover), the air circulation (open windows versus mechanical ventilation), and so on. They used vacuums to collect dust from 155 unique spaces in the building and extracted and sequenced the DNA of the bacteria inside the dust samples.

“We wanted to use dust because we were able to sample hundreds of rooms within a day or two, and dust gives an archaeological record of the kinds of microbes in the built environment,” explains Green.

The researchers found 32,964 different major groups of bacteria in the building, which made up unique ecosystems depending on the type of room in which they were found. Bathrooms, for example, had distinct bacterial diversity, possibly because they usually only have one door, which limits what comes in and out of the room. Unsurprisingly, the most common bacteria found in the bathrooms are those typical to the human gut. By comparison, hallways and other areas with many entrances and exits, as well as many different people walking through during the day, also had a strikingly unique combination of bacteria.*

Offices had a different diversity than classrooms, while offices next door to one another had similar profiles. And ventilation made a big difference: offices with windows had entirely different bacterial composition compared to those with mechanical ventilation, with the former having more bacteria associated with soil and plants.**

How all this impacts human health remains to be seen, but the study does show that the design of a room influences its microbiome. The next step is to understand how humans contribute to this indoor microbiome, as well as how different ecosystems may influence human health. Green’s team is currently studying the microbial cloud of test subjects in the controlled setting of a climate chamber, which can maintain temperature and humidity. The goal of that project is to understand which microbes people shed indoors.

Far in the future, Green envisions an indoor microbiome certification, which would give a grade on a building’s microbial health somewhat like the current LEED system that awards buildings for sustainability and energy efficiency. She also thinks future homeowners may be checking microbial health of a potential real estate purchase, just as people today may look up pollution levels and other environmental factors.

What do you think, dear readers? Can you envision altering the design of your home or business to improve the growth of beneficial microbes and to keep pathogenic microbes out? Or researching a building’s health before buying it? Put your thoughts in the comments.

* Correction: I goofed on an earlier version of this paragraph. I said that some of the locations in the building had greater or less bacterial diversity, while in fact they simply had distinct diversity. The basic idea remains true: room design influences the bacterial composition. Still, I should have been more careful in my description, and I apologize.