Got A Wound? Science Says Rub Some Dirt In It 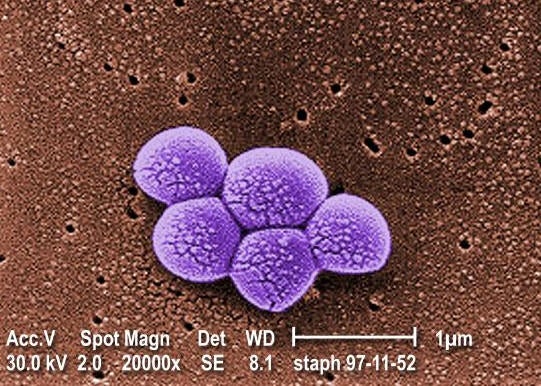 The colloquial medical advice “rub some dirt in it” appears to have some merit. Researchers at Arizona State University’s Biodesign Institute have been experimenting with different clays, and it appears in research presented in the journal PLoS ONE that they’ve come across a family of antibacterial clays capable of killing pathogens ranging from E. coli to methicillin-resistant Staphylococcus aureus, otherwise known as hard-to-kill MRSA.

Clays have been used as medical tools for ages, appearing in ancient medical texts going back as far as 3,000 B.C. Topically, they were used to treat wounds, a practice that became common in the 19th century. Early practitioners of clay therapy noted that clays tended to aid in healing, in reducing inflammation of wounds, and in pain management–though they couldn’t have known why exactly.

It turns out that’s probably because some clays–particularly clays rich in a certain group of metallic ions–work as antibacterial agents. In their study, the ASU researchers tested a variety of different clays with similar mineral composition but ranging compositions of metallic ions against E. coli and MRSA. They found that five metal ions–iron, copper, cobalt, nickel, and zinc–could fight the two bacterial strains, both of which are increasingly difficult to kill using standard antibiotics and antibacterials.

That doesn’t mean these clays are silver bullet or any kind of antibacterial panacea. Not all clays are created equal and some lack the necessary concentrations of the necessary metal ions. Moreover, clays can contain other metals as well, like cadmium, lead, mercury, and arsenic (if you weren’t paying attention in chem class, these are not metals you particularly want to introduce to your bloodstream).

But the researchers are optimistic that medicinal clays could find widespread use in certain therapeutic roles, particularly as bandaging agents as their absorptive and adhering characteristics make them somewhat ideal for sealing out external pathogens as well as absorbing and removing unwanted particulates or devitalized tissues from wounds–all while delivering a dose of antibacterial ions to the affected area.