The sperm can be used to reseed the reef in the future. 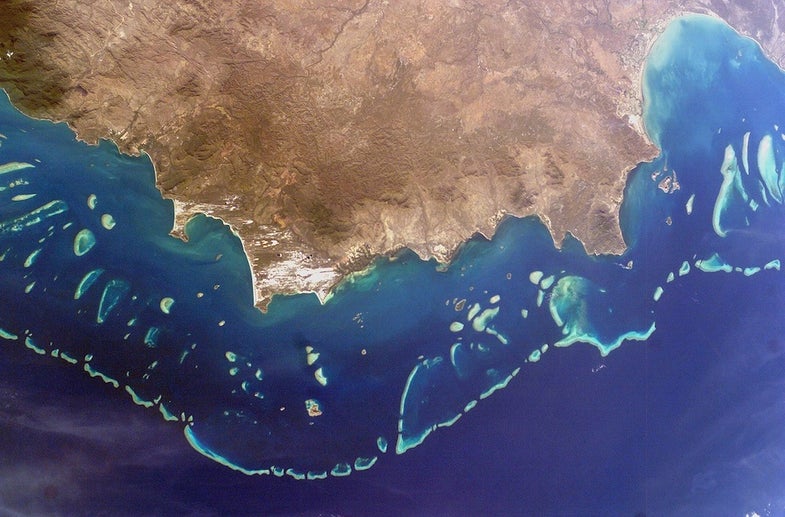 Well, that’s one way to go about it. Over the past few weeks, Australian scientists have collected billions of sperm from spawning coral in the Great Barrier Reef, Australian news station ABC News reports. The sperm are to be cryogenically frozen, in case scientists want to rebuild parts of the reef in the future.

Since 1985, the Great Barrier Reef has lost more than half of its coral, one study found last year. The losses stem primarily from tropical cyclones, coral bleaching and predation by a certain species of starfish. Storms and coral bleaching will worsen with climate change.

If Australian scientists decide one day to thaw their collected sperm, they would use it to seed the ocean, where hopefully it will combine with fresh eggs released by existing coral. The frozen sperm could add genetic diversity back into coral populations that have fallen too low to be diverse. The reseeding could help the reef better weather further change, Taronga Zoo researcher Rebecca Spindler told ABC News. Spindler will be in charge of the Great Barrier Reef sperm bank, which will be the largest cryogenically frozen population in the world.

Several zoos in the U.S. maintain conservation-minded sperm banks, including the National Zoo (many species), the Cincinnati Zoo & Botanical Garden (rhinos) and the Memphis Zoo (amphibians). Researchers in Hawaii pioneered the techniques needed to freeze coral sperm and embryos, and there’s a bank at the University of Hawaii. One of the technique’s creators, marine biologist Mary Hagedorn, will help with the Australian effort.