Concept cars aren’t what they used to be. Take the Land Rover Discovery Vision Concept, recently unveiled at the New... 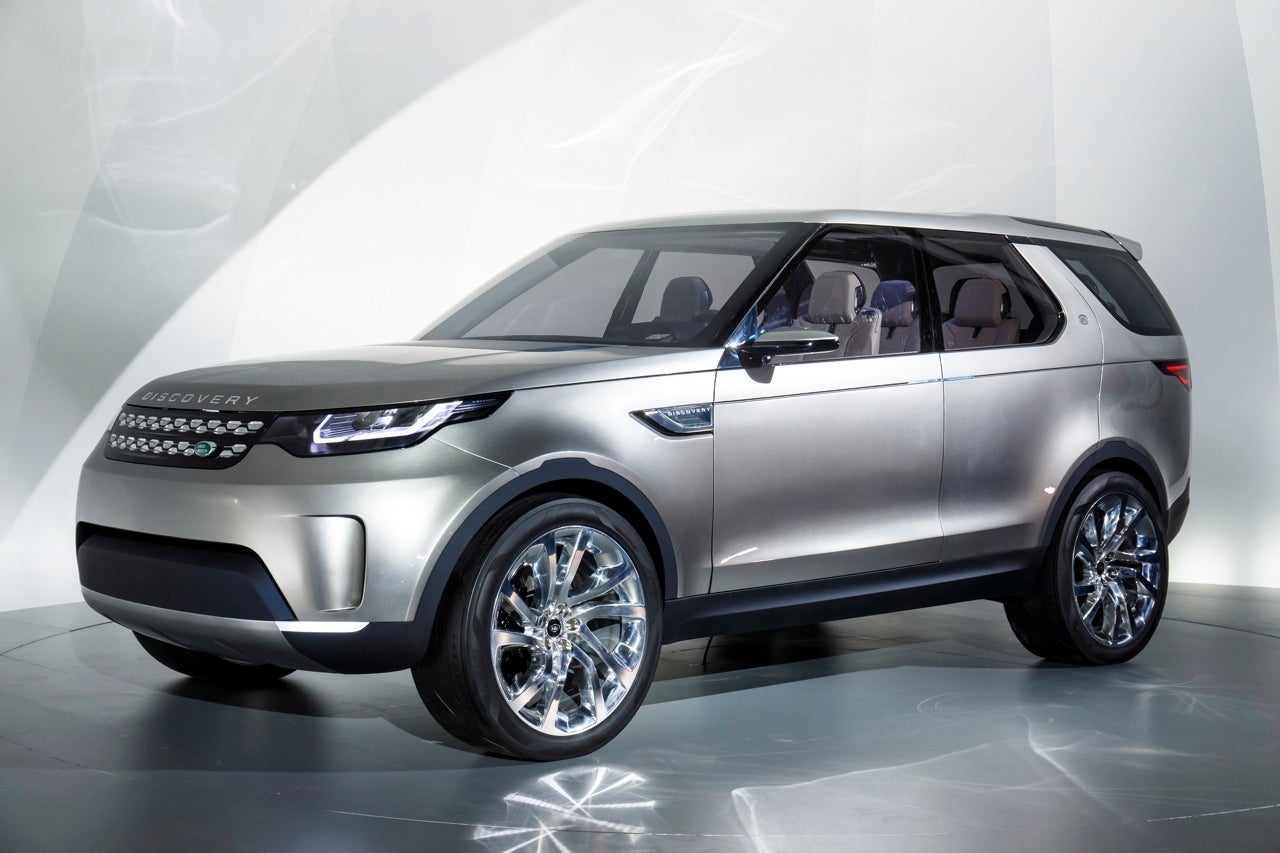 Concept cars aren’t what they used to be.

Take the Land Rover Discovery Vision Concept, recently unveiled at the New York International Auto Show, for example. There was a time when some of its high-tech features, such as the ability to use hand gestures for different functions inside the vehicle, would have been nothing more than a fantasy.

That’s not the case anymore. According to Wolfgang Epple, director of research and technology at Land Rover, this includes using hand gestures to do things like raising and lowering the stereo volume or opening the doors (which we discuss here). Gesture control will only be used for non-critical functions on future Land Rovers, Epple said in a one-on-one interview following a technical briefing on the Discovery Vision Concept in New York. So drivers won’t have to worry about accidentally activating the turn signal or shifting into park by, say, scratching their nose.

The Discovery Vision Concept’s “augmented reality” head-up display is also closer to production than one might expect. It uses the entire windshield and practically every other window on the sport utility vehicle to project data about the vehicle and its surroundings.

It does other things too. Is the sun too bright? Pass a hand over the window to darken it. Gloomy weather getting you down? Change the glass roof to display a sunny blue sky.

Current head-up displays project information like speed and navigation directions onto a small portion of the windshield right in front of the driver. But a system like the one previewed on the Discovery Vision Concept purports to do much more, including warning the driver at night of a pedestrian walking in front of the vehicle by outlining the person in red, for example. It could also scan the terrain surrounding the vehicle and project information about road and weather conditions onto the windows.

One of the most intriguing functions is what Land Rover calls the “transparent bonnet.” It overlays a video image of the road ahead onto the hood—or “bonnet,” as Brits say—to make it appear as if it’s not there. This can be helpful in rough terrain—where every Land Rover thrives—as the front of the vehicle obscures the path ahead when ascending steep grades.

The key to making this next generation of head-up displays work is the lighting technology that projects information onto the glass surfaces and makes it appear as if it is several feet away, Epple said.

So how soon can we expect to see these newfangled features show up on production vehicles—10 years, 15 years, 20 years?

“I assure you, the timeframe is a single digit,” Epple said.

The Land Rover Discovery Vision Concept is on display at the New York auto show, which is open to the public through April 27.