This Bizarre Spiked Worm Used To Roam The Earth 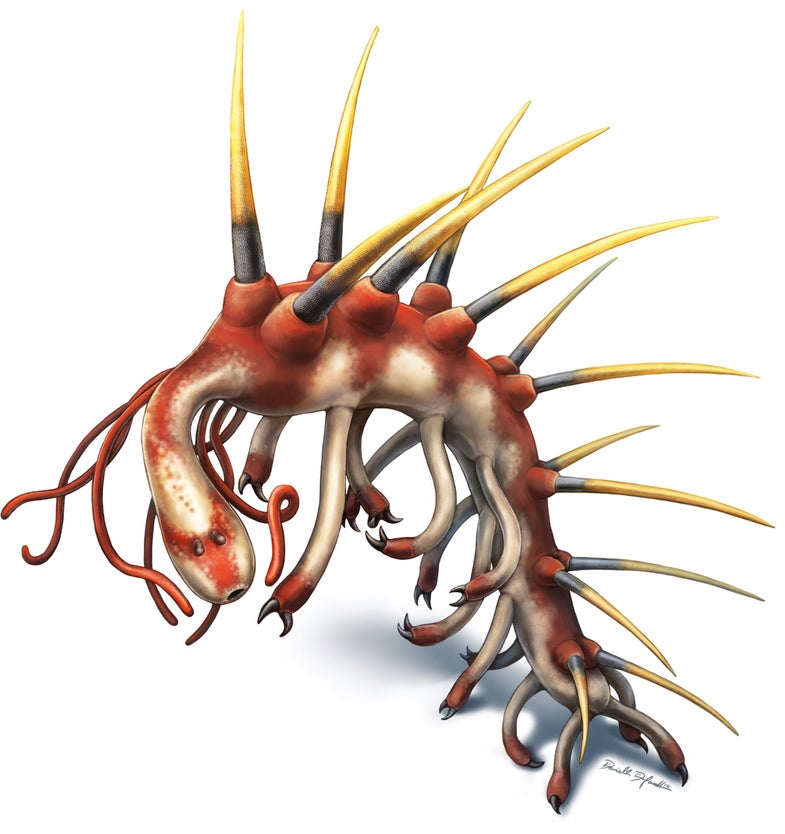 With a scientific name like Hallucigenia sparsa, you just know that this is going to be one weird-looking critter. Hallucigenia were arthropods (related to spiders, crabs, and insects) and looked like worms with spikes.

They lived 508 million years ago, and until recently, scientists didn’t have any ideas as to what Hallucigenia’s head looked like. But in a paper published today in the journal Nature, scientists found enough evidence in the fossil record to put together an idea of what this animal would have looked like.

Hallucigenia is in the same group of strange creatures as the similarly aged penis worm whose mouth was described last month. Why all the focus on weird ‘worm’ mouths?

Figuring out what early animals looked like can give us a deeper understanding of how animal life on this planet grew and evolved into all the weird and wonderful creatures we see today. Watch researcher Martin Smith discuss how they made heads and tails of Hallucigenia: