Bitcoin: What It Is And How It Works 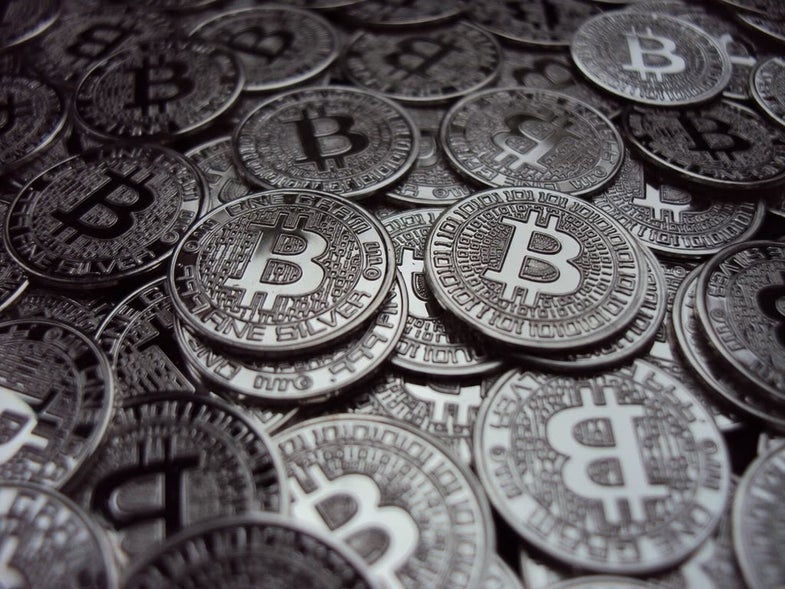 In 2008, a programmer issued a white paper in which he argued that we need an Internet currency not subject to the fees and permissions of third-party intermediaries. So he came up with the digital equivalent of cash online, a system that lets participants send value to anyone else with a Bitcoin address the same way they might send an email. “Like the Internet flattened global speech, Bitcoin can flatten global money,” says computer scientist Nick Szabo, who is suspected as Bitcoin’s pseudonymous creator, Satoshi Nakamoto.

How Do You Make It?

That’s the weird thing about Bitcoin—it’s still being created. Every 10 minutes, new Bitcoin enter the system. “Miners” donate spare or dedicated processing power to help validate transactions around the globe. Bitcoin come as rewards for that work. In the early days, you could just do this with a PC. Now the process is complex and requires powerful hardware.

How Do You Use It?

If you want to own Bitcoin, you have to first get a Bitcoin address (like opening an email account so people can send you email). Blockchain.info is the best place for that, and then you have to either get someone who owns Bitcoin to give you some or buy it from an exchange like coinbase.com. When you own Bitcoin, you’re assigned a value and a cryptographic key. With the key, you’re the only person able to transfer that value to someone else.

There are now nearly 15 million Bitcoin worth more than $5 billion.

How Does It Hold Value?

When Nakamoto designed the Bitcoin software, he programmed it so it would create only 21 million Bitcoin, doled out slowly to the computers that joined the network. In limited supply, Bitcoin became not just a new way to send money but a much coveted one. There are now nearly 15 million Bitcoin worth more than $5 billion.

What Are The Benefits?

The first is unobstructed speed. Money is sent immediately, and no one can stop it. When Visa and Paypal refused to transact payments to Wikileaks in 2010, so as to not support its release of classified government documents, donors sent $32,000 in Bitcoin. The second is that it’s built for the Internet, and that could make commerce a much better experience. Credit-card transactions will disappear, making the whole process more streamlined and efficient. Web-based businesses will be able to capitalize on that too. “Crappy things companies do now to monetize—banner ads, captchas, spam emails—will go away,” predicts Fred Ehrsam, co-founder and president of Bitcoin wallet Coinbase.

What Stops Bitcoin From Taking Over?

Banks are skeptical of Bitcoin. With no government backing it up, they worry its value could crash at any moment. Also Bitcoin would end if its cryptography were broken (the NSA is probably working on that). The biggest challenge for Bitcoin, though, is that it’s still associated with and used by a criminal element. It grew in prominence on Silk Road. Now it’s a favorite of digital extortionists, who capture and encrypt a computer’s contents, and threaten deletion without payment, usually in Bitcoin. Ransomware victims paid $18 million last year, according to the FBI.

What Are The Drawbacks?

Bitcoin is not intuitive. It takes more than 10 minutes to explain. It can be stolen from you if someone steals your cryptographic keys. And it can be lost or destroyed. If you misplace the keys needed to unlock your entry on the Bitcoin ledger, say by wiping your hard drive or discarding it, you lose your Bitcoin. People call these “zombie coins,” and one analysis estimated that 25 percent of Bitcoin are zombified, a loss of more than a billion dollars.

Three Things To Keep In Mind Before You Buy Bitcoin

This article is part of the Future Of Money feature from our January/February 2016 issue. Read the rest of the feature here.

Correction, 12/23/2015 at 11AM EST: An earlier version of this article misidentified Fred Erhsam’s role at Coinbase.