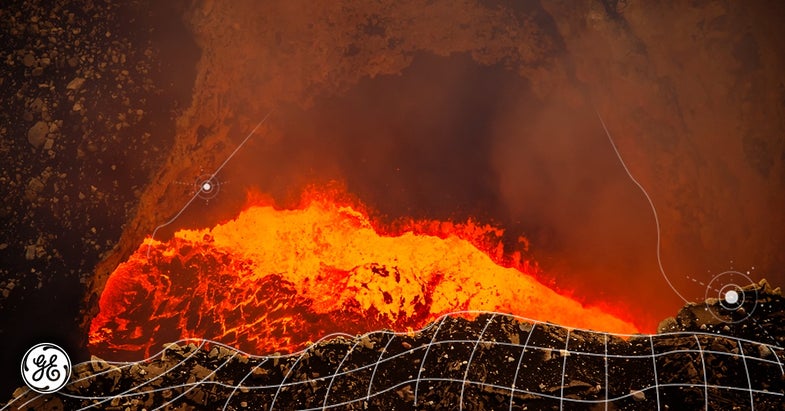 A research partnership is installing sensors in an active volcano in Nicaragua. GE
SHARE

Zip-lining into a volcano sounds like something for adventure tourism, but for these researchers it’s all part of a day’s work. A motley conglomeration of explorers, volcanologists, GE, and the Nicaraguan government have banded together to bring the Masaya volcano in Nicaragua into the 21st century, by installing sensors that can compile huge amounts of data and make it available not only to volcanologists, but also to policy makers and the public.

“This project started ironically after I returned from our last volcanic expedition,” Sam Cossman, founder of Qwake, a private exploration company, and one of the partners of the project, said. “A local Nicaraguan guy contacted me and said ‘you’re not going to believe this, but we have a new lava lake that has formed in my country.'”

Cossman didn’t take it seriously at first, until the source put him in contact with government officials. Soon, what started out as a project to explore a lava lake (which looks eerily like Mt Doom) had morphed into something more: an attempt to bring a volcano online.

There are many volcanos that have been laden with seismic sensors to measure ground shaking (a sign that magma is moving under the surface) or to measure the gasses that come out of a volcano, but there are few places in the world that have the resources to install the valuable sensors in one of the most volatile environments on Earth, much less the labor and expertise to continuously monitor the incoming information. But researchers want to be able to monitor volcanos because of their destructive potential. Being able to disseminate information about the status of a volcano before an eruption occurs could save countless lives.

Eruptions are a big concern at Masaya, which sits just 12 miles away from Nicaragua’s capital of Managua. Usually, it’s a fairly tame volcano, with lava flows more like Hawaii’s volcanoes than Mount St. Helens. But in the past, it has erupted more suddenly, sending meters of ash onto the surrounding landscape. As recently as 2012 the volcano has erupted explosively, shooting ash, gas, and volcanic bombs (large chunks of lava) into the air.

One of the reasons this volcano was chosen for monitoring is its proximity of Managua—everyone would prefer that the capital city of Nicaragua remained the capital city, and not a modern-day Pompeii. The last eruption of that magnitude happened 1,800 years ago, and some scientists worry that it could happen again relatively soon.

Currently, a team of people are in Nicaragua, installing over 80 sensors along the side of the volcano. “The main sensors we are connecting will be gas sensors and also atmospheric sensors,” says Guillermo Caravantes, a volcanologist on the project. The gas sensors will be looking at hydrogen sulfide and carbon dioxide being emitted from the volcano, which can tell geologists more about the composition of the lava. Other sensors will measure atmospheric pressure, humidity, and temperature, and the movement of the magma inside the volcano. Seismometers that measure movement and gravity data will be enclosed in an airtight box the size of a lunchbox.

“This is very uncommon for volcanos. It happens in a few. In a few you have lots of sensors, where you have lots of money. All of them [the sensors] are very expensive in general, and most countries do not have the resources to keep and monitor them really well,” Caravantes says. “This project goes well beyond that and it tries to democratize this idea of having early warning systems from every volcano.”

There is a long way to go before the collected data can be turned into the kind of in depth early warning system that countries have in place for tsunamis or tornados, but in the mean time researchers are gathering all the information they can from an unusual number of sources.

The researchers are also using drones to take measurements in the volcano — which is becoming a popular way to look inside a volcano without risking human health — and to take air samples inside the volcano. Also, in the sky above Masaya is a helicopter provided by the Nicaraguan government.

Oh, and the zip-lines really are a key part of the project, allowing them to move deeper into the active volcano without disturbing the fragile edges along the interior of the volcanic crater. Climbing down traditionally, the researchers risk disturbing tons of rock, crating a landslide that could be deadly for the researchers. Zipping people and supplies to the bottom is a lot more fun.

Eventually, Cossman says, there will be an online portal that will let people around the world check in on the volcano, seeing it’s status. But many people aren’t volcanologists. It will still be up to local officials and the government of Nicaragua to issue warnings and interpret the data that comes in, in the event that an eruption is imminent. Of course, being able to predict eruptions definitively is still a goal that remains out of reach for volcanologists.

Volcanoes all have different compositions, and many have different kinds of eruptive patterns. There is no one-size-fits-all red flag for volcanoes around the world. But sensor systems like this can help gather more information, and potentially help scientists look for patterns that could one day help us decode this explosive part of life on our planet. 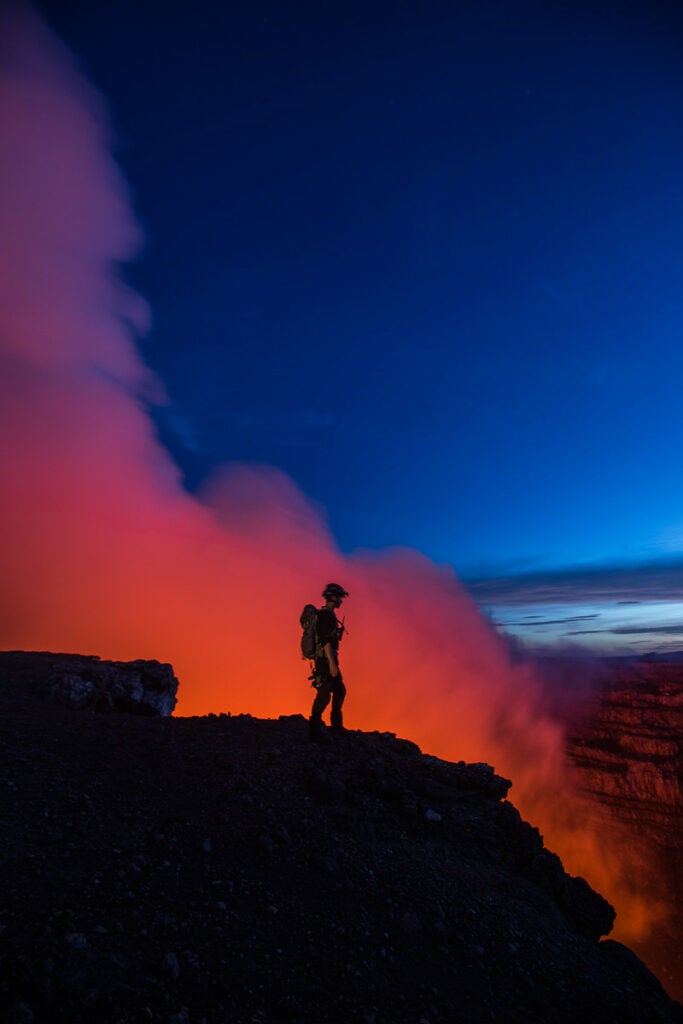 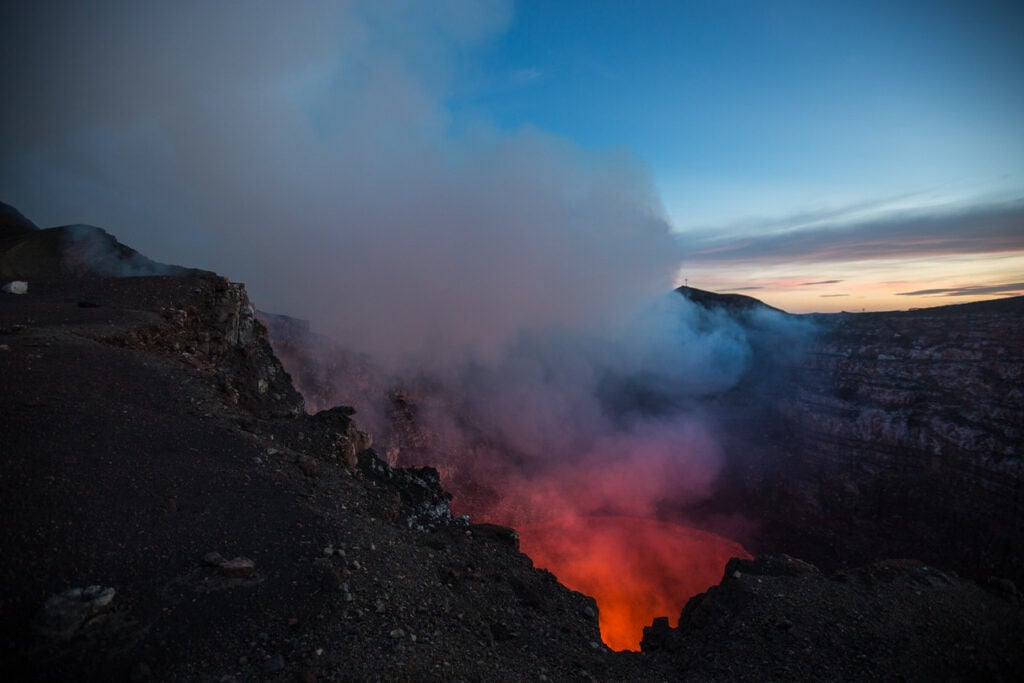 Masaya volcano is located near Nicaragua’s capitol of Managua. 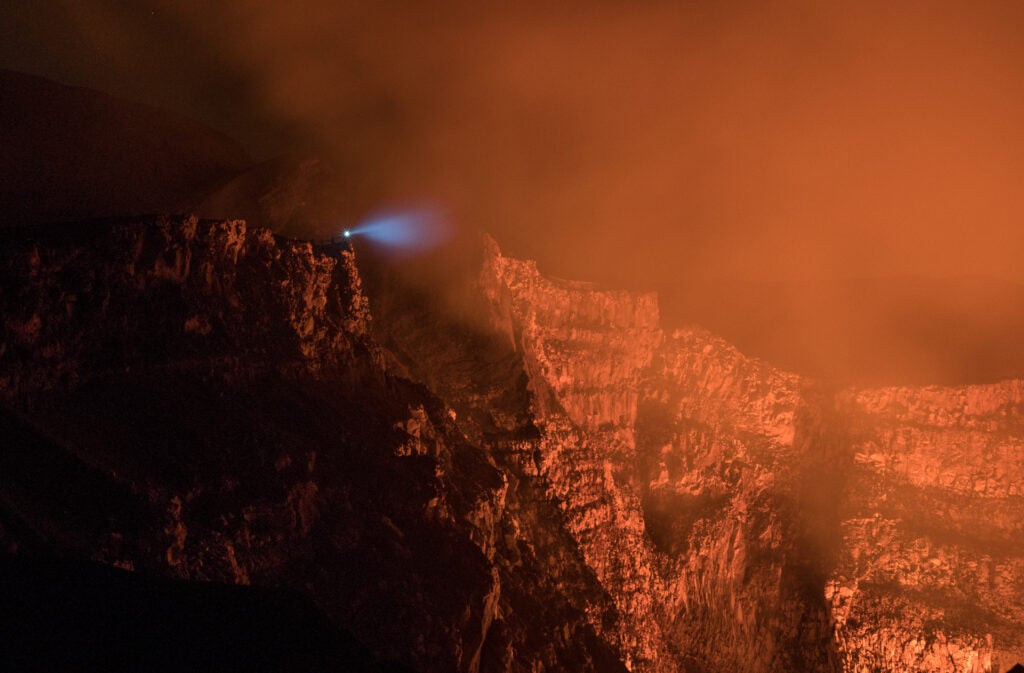 The researchers hope that by monitoring the extreme environment they might contribute data that could one day help build an early warning system.
Internet