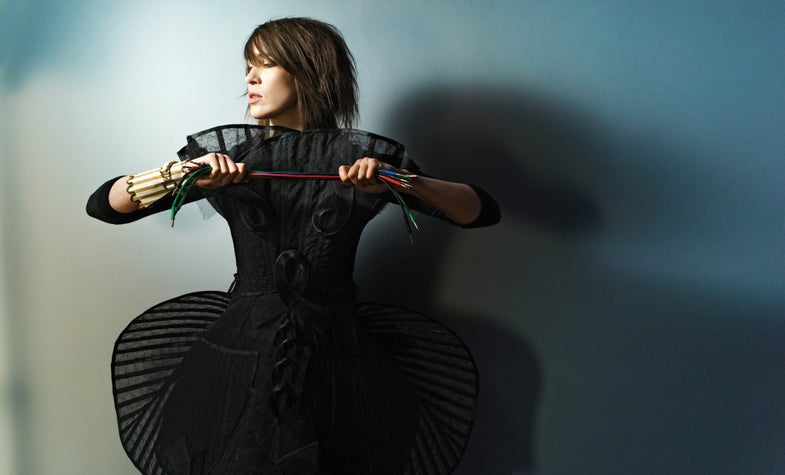 The Grammy-winning musician Imogen Heap has long used technology to interact with fans. Now she wants to use it to radically change the music industry. Heap envisions a platform, called Mycelia, that will use blockchains—the system that underpins Bitcoin—to create a transparent, decentralized database of music. It will cut out middlemen and enable artists and followers to connect directly.

In Heap’s own words:

As a musician, I like to think the world revolves around me. For years I wondered why it took so long for money to filter back to me, or why I didn’t know what the fine print of my record deals really said. For the first time in my career, I am on my own—I am not signed to any record label or represented by any management. Success has already opened a lot of doors for me, so I wanted to put myself in the position of being a brand-new artist. I imagined, if I could design the music industry from scratch, knowing what I know, how would I do it?

I realized that the architecture of the industry is built on an old paper system and defunct technology. We spend billions on accounting sys­tems that no longer work. It doesn’t make any sense in this data-driven world, where we can access any type of information we want. There are now ways to connect data to payment instantly.

At the moment, Mycelia is just an idea; nothing has technically been built. But I think of it as a living organism—a system that breathes and responds to plays. The music would come from a portal, and listeners would get some kind of notification that it has been verified by the artists. Each artist would have a profile, and everything connected to that song or album, like lyrics, photos, and who played which instruments, will act like a beacon of information: “Here I am! Come and get me!”

I think of it as a living organism—a system that breathes and responds to plays.

The system will be fair and transparent. Because the artists have complete control, we will split the money with exactly who should be paid. And because everything is connected through blockchains, the transfer of money will be instantaneous. We can also decide whether we want to release our music for free, or what the subscription base should be, or whether to agree to a per-play model. It is liberating.

My latest song, “Tiny Human,” has been a test case, and to be honest, money is coming in slowly. I’ve got an account and various cryptocurrency wallets, but there aren’t many adopters yet. What is really exciting, though, is the solidarity of building something with other musicians. The idea hit a nerve, and I feel a responsibility to capture this energy and turn it into something.