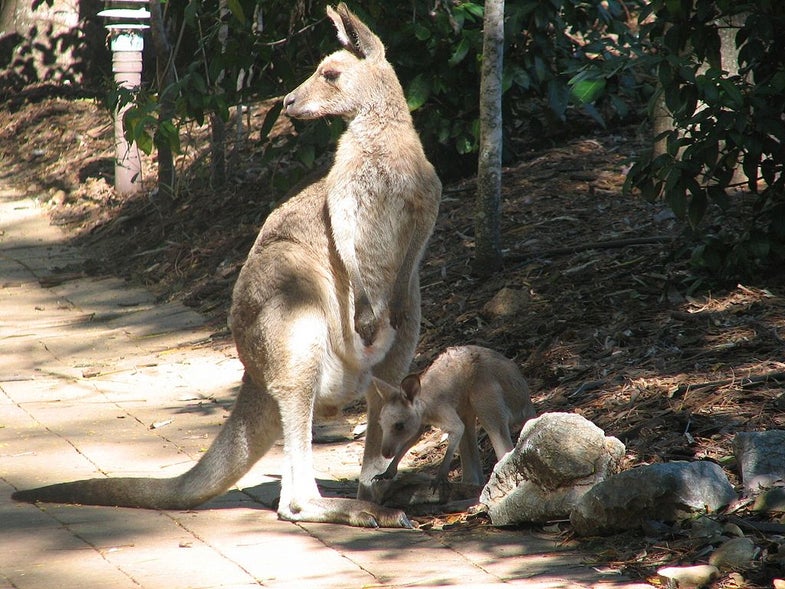 Australia is currently prosecuting a teenager for a terror plot that involved sticking plastic explosives in a kangaroo’s pouch. As the massively violent Islamic State, better known as ISIS, reaches through the internet for recruits, the people it finds are not always ideal terror material. The young man, Sevdet Besim, was arrested in Melbourne last year four days before Anzac Day, Australia and New Zealand’s shared memorial day. As revealed by prosecution this week, some details of the plot are as farcical as others are grim.

In conversation with a 14-year-old in England, the alleged conspirator included “a suggestion that a kangaroo could be packed with C4 explosive, painted with the IS [Islamic State] symbol and set loose on police officers.

That’s bizarre and absurd, and if that was the entirety of the plot, it would end up as a line-item in a weird news roundup. Sadly, the kangaroo was hardly the only part of his planned attack. The rest of the plot was more straightforwardly brutal: according to the prosecution, Besim wanted to behead police and kill other Australians. Ha ha?

Also noteworthy, at least to this American perspective, is that Besim thought the fastest way to get a gun was over the dead body of a police officer. And it appears that both Besim and his online acquaintance were in contact with an Australian member of ISIS itself, who was trying to plot the attack from within ISIS-held territory.