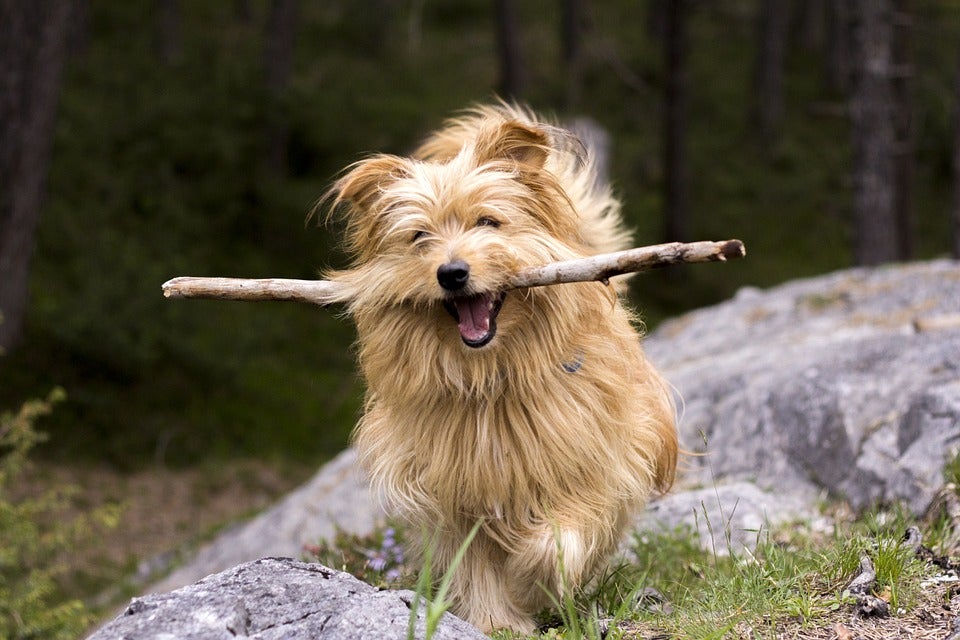 After a collie punctured her tongue and injured her larynx while playing fetch, veterinarians across the United Kingdom (UK) are now warning dog owners not to allow their dogs to play with sticks. Grace Webster, president of the British Veterinary Association’s Scottish branch, told UK newspaper The Times that playing fetch with sticks “can be dangerous and lead to horrific injuries.”

UK paper The Guardian followed up with even more vets, who discussed the dangers of allowing pups to chase sticks. Sean Wensley, president of the British Veterinary Association, warned that a seemingly innocent game of fetch with a stick could result in paralysis, fatal blood loss, or serious infection.

Runa Hanaghan, deputy veterinary director of prominent UK humane society Dogs Trust, recounted several gruesome injuries that dogs had suffered in stick-fetching-mishaps, including one dog who ended up with holes in its head, and another with a splinter in its tongue. “We would suggest training dogs to enjoy other toys; there are loads of things you can throw which are safer,” she told The Guardian.

But other vets advise owners not to fret, reminding them that even if their dogs avoid every branch, there is no way to escape danger altogether.

Sherilyn Allen at Ironstone Veterinary Hospital in Pennsylvania says that using toys in place of sticks would not immunize pups from injury. “Anything can get rammed down the throat and puncture the tongue – a stick, a toy, a plastic toy,” she told Popular Science. “Anything is potentially a danger, but we can’t live our lives just wondering if the danger is going to happen.”

Michael Gilsdorf, executive vice president of the National Association of Federal Veterinarians, also says that owners should make their own judgement calls on a case-to-case basis. “If you’ve got something really really sharp I don’t think I’d use it,” he told Popular Science. “You’d have to use what I would call common sense and be careful.”