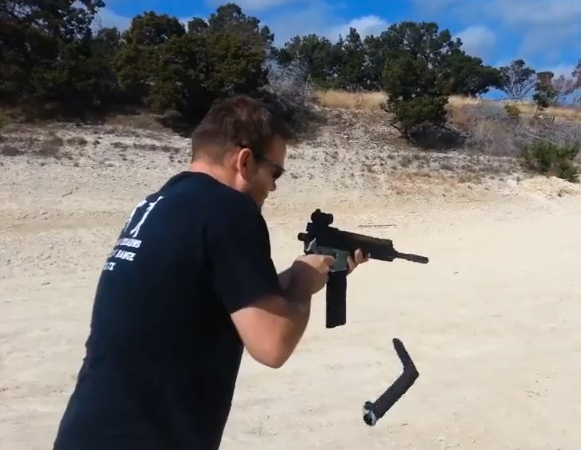 A field test of a 3-D printed assault rifle ended quickly over the weekend, with the printed plastic parts breaking apart after six rounds. It was the first live test of the printed AR-15 assault rifle, the Wiki Weapons Project’s target for the first blueprint of a fully 3-D printed gun. There are still plenty of improvements to make before the team will recommend assembly, as the test shows.

The Wiki Weapons Project aims to create a working blueprint for a 3-D printed gun and distribute the digital design file online for free. The legal implications are cloudy at best (we reviewed some of them here). But whatever you think of the project, it’s well on its way to producing a workable firearm.

In this case, only part of the gun was manufactured with a 3-D printer–just the lower receiver, which is the trigger and handgrip. The rest of the rifle was put together with off-the-shelf parts, according to the Wiki Weapons Project’s blog. The result was a sleek rifle with a DayGlo midsection.

There you saw Cody Wilson, who heads the project, test-fire one round to see if it worked, and then hand the weapon to another member of his group, who only unloaded five rounds before the gun fell apart. The magazine had 10 rounds.

The team thinks the problem was recoil, which caused the plastic to become unhinged. The threads connecting the receiver to the stock worked just fine–the o-ring just snapped. The group explains further in their blog post. 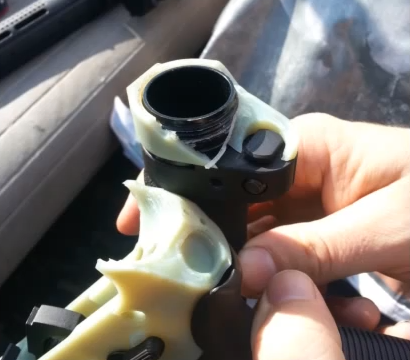 It’s worth noting that a previous, less powerful gun, a .22 caliber pistol also manufactured with a 3-D printer, was far longer-lasting. The .22, which we reported back in July, fired 200 rounds in testing.

The WikiWep team writes that they have several improvement ideas in store, but final exams (Wilson is a law-school student) and the holidays might put a damper on their progress. Read more about the recent test over at Danger Room.