Archaeologists Pull 5 Of Blackbeard’s Cannons From The Sea

A research team recovered the big guns from a 300-year-old pirate wreck off the coast of North Carolina. 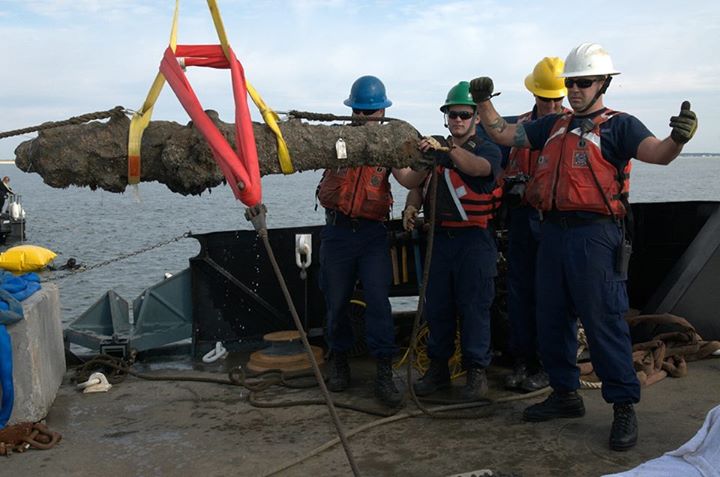 In 1718, legendary Caribbean pirate Blackbeard sank his ship, _Queen Anne’s Revenge, _after it got stuck on too-shallow land outside the coastal city of Beaufort, N.C. For almost three centuries, the ship’s hodgepodge of cannons from around the world has sat at the bottom of the sea. Today several of Blackbeard’s big guns rose to the surface in the largest cannon catch yet from the site.

Led by North Carolina’s Department of Cultural Resources, today’s cannon recovery is the latest development in an archeological endeavor scheduled to conclude in 2014. The wreck, recorded at least as early as July 12th, 1718, was discovered on the ocean floor in 1996. Since then, archeologists have recovered tens of thousands of artifacts. A museum dedicated to the wreck offers this fun interactive map of the ship on the ocean floor.

Four of the cast-iron guns recovered today weigh 2,000 pounds each. They likely fired 6-pound cannonballs that could soar about 2 miles. A fifth cannon weighed 3,000 pounds. Today’s haul brings the total of number cannons recovered from the site to 20.

All this firepower allowed Blackbeard to blockade the port of Charleston, S.C., for almost a week in 1718. His audacity probably got the better of him, and six months later, without the Queen Anne’s Revenge or her mighty cannons, his sloop Adventure was cornered by a joint expedition from the colonies of North Carolina and Virginia. In fierce fighting atop the _Adventure’_s deck, Blackbeard was slain and his head severed so that the crew who killed him could claim a bounty. Below is a painting of Blackbeard’s last, fatal fight, euphemistically titled “Capture of the Pirate, Blackbeard, 1718.” 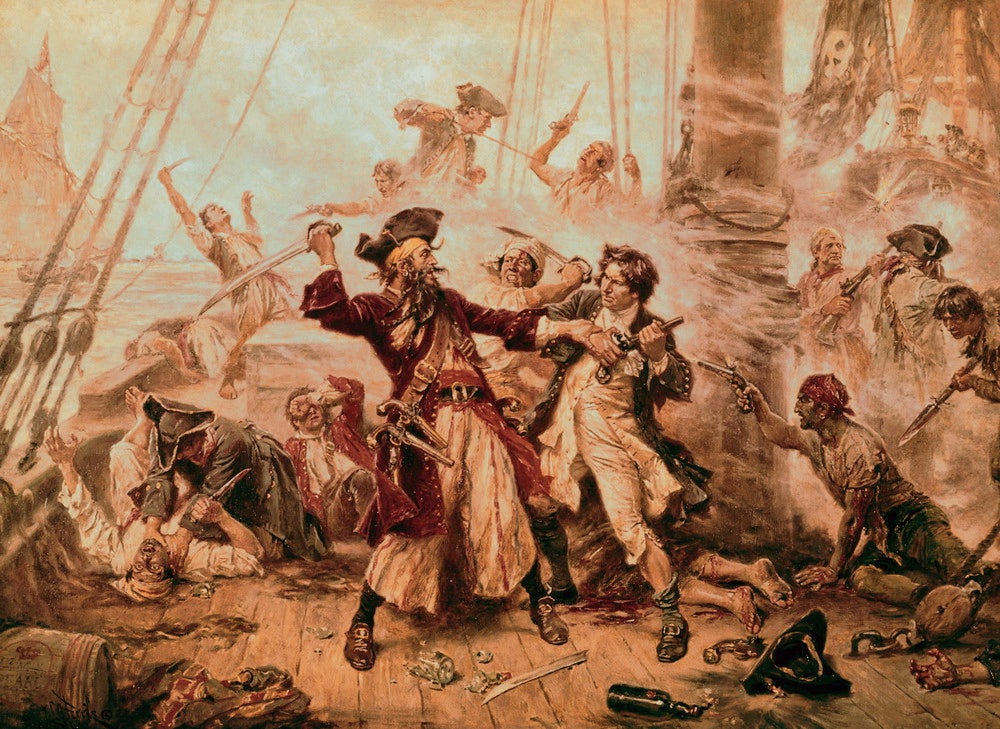 Capture of the Pirate, Blackbeard, 1718