We have the technology; we can preserve it. 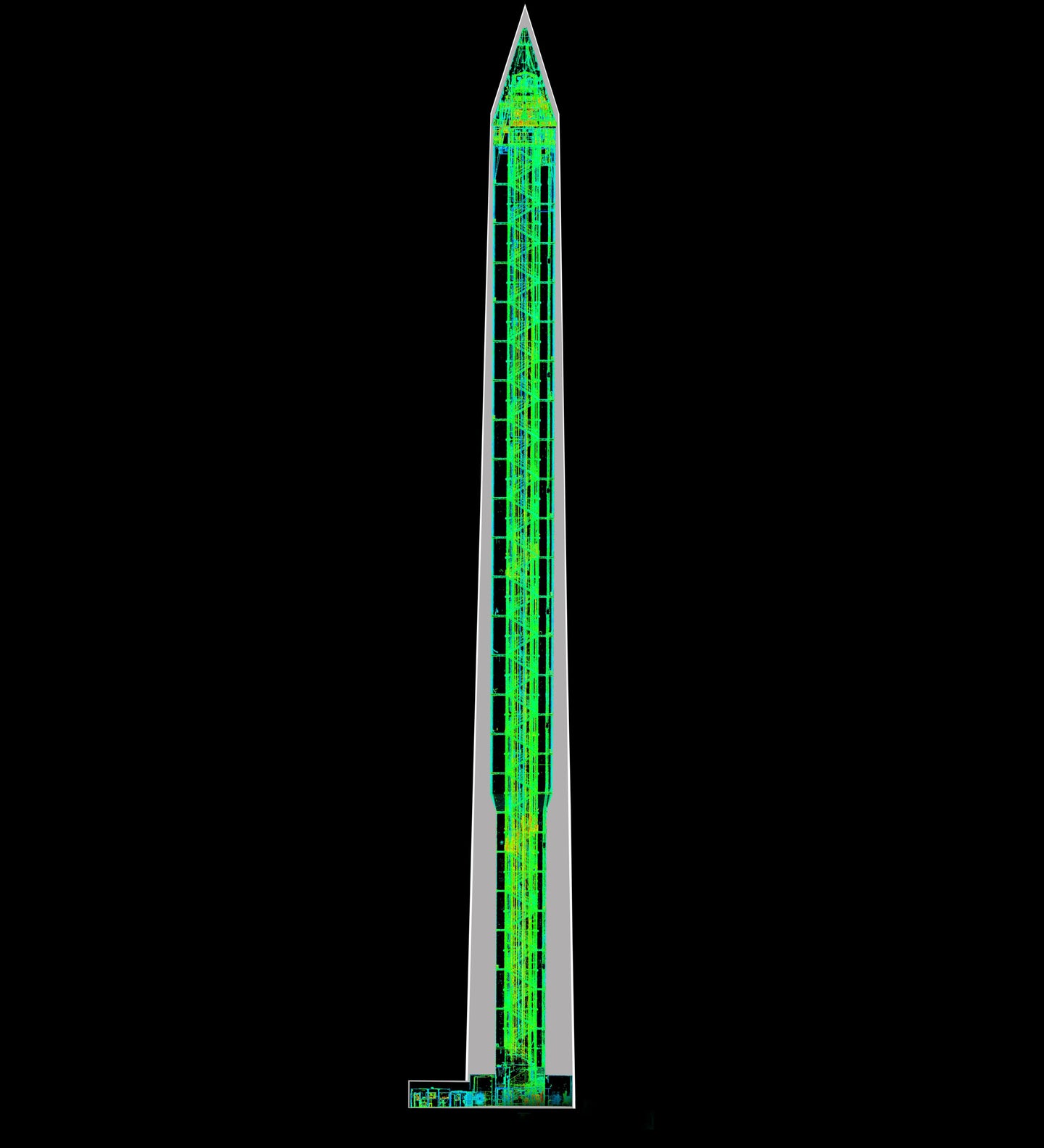 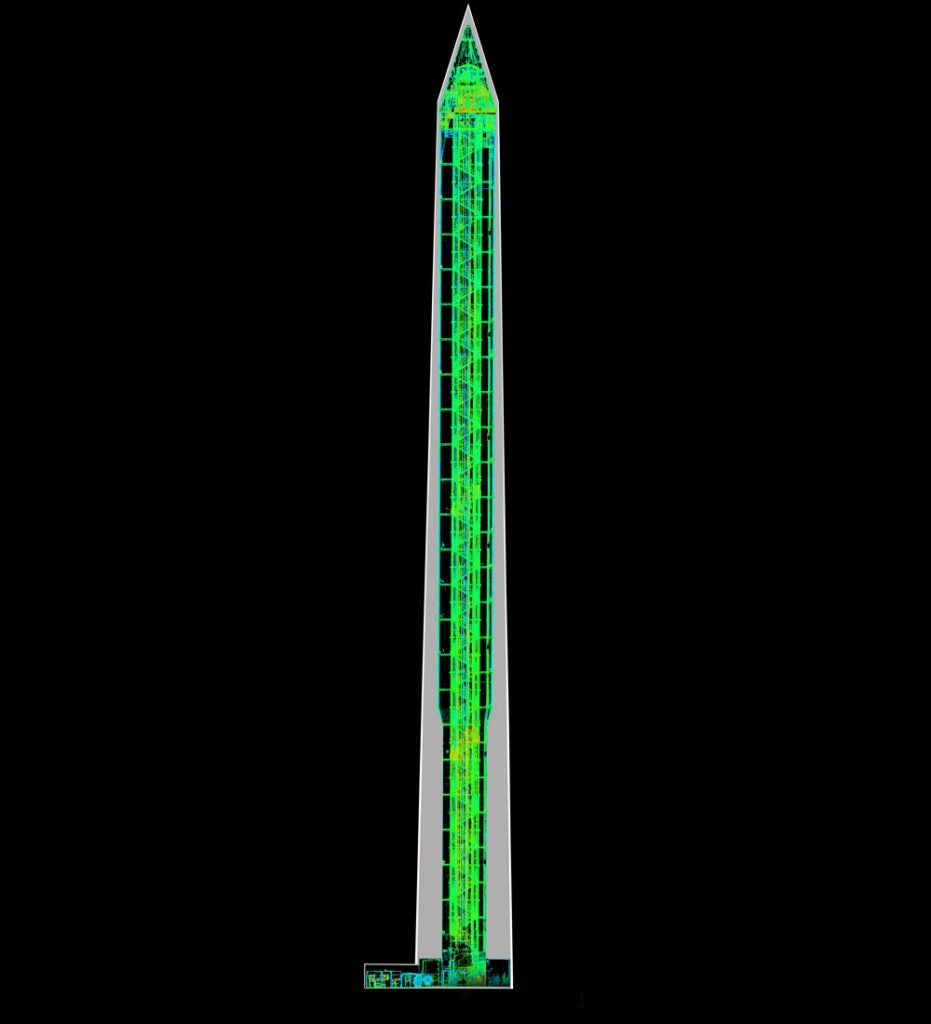 History is unwritten by the destruction of great artifacts. Six of the seven wonders of the ancient world are gone, fallen into ruin and sold for scrap, and it is only through historical memory that we know of them. Preserving modern wonders for posterity is the main inititiative of CyArk, a nonprofit that uses 3-D laser scanning to create a digital archive of the world’s cultural heritage sites.

Key to CyArk is a portable, eye-safe laser scanner, made by CyArk founder Ben Kacyra. The scanner is a LIDAR system, which is like radar except instead of bouncing back radio waves it uses lasers. LIDAR systems existed before CyArk, but they were mainly used in labs, where someone would bring an object and get it scanned. (Parts of the music video for Radiohead’s “House of Cards” were recorded this way).

Kacyra’s company built a scanner that could work outside, off battery power, and didn’t require special protective shielding for eyes. The scanner is also equipped with a picosecond timing mechanism adapted from one used by Los Alamos Labs to measure underground nuclear tests. This picosecond timer gives the laser scans accuracy down to a millimeter. 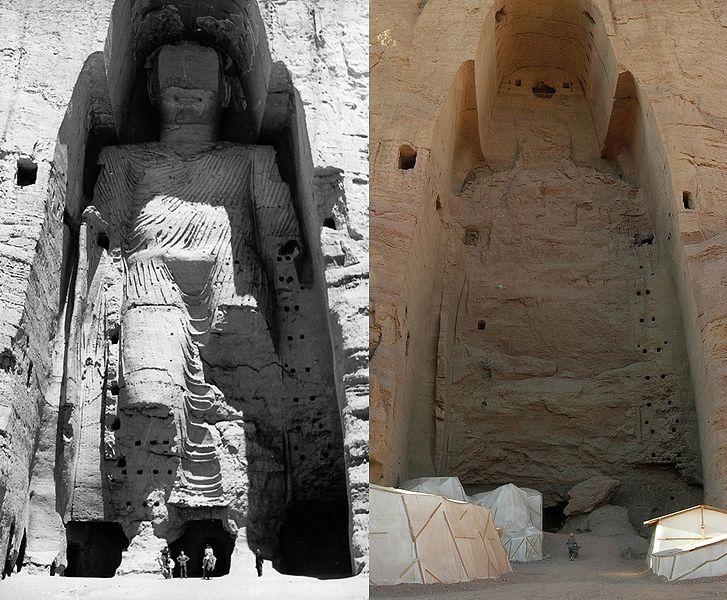 A Bamiyan Buddha, Before And After Taliban Destroyed It

With the technology already made, it took a tremendous act of destruction to inspire its use in historical preservation. In 2001, shortly after Kacyra’s company was purchased by a larger firm, destruction on the far side of the world urged him to action. He tells Popular Science:

Yesterday and today at the National Archives in Washington, D.C., CyArk hosted a conference on the CyArk 500, an ambitious project that aims to digitally preserve 500 world heritage sites in the next five years. Asked about preservation in light of the Syrian conflict, Kacyra said:

Some of the sites cataloged are relatively low-hanging fruit, like the Washington Monument. According to CyArk vice president Elizabeth Lee, scanning the whole of the monument, inside and out, took about three to four days. Other sites are trickier. The Rani Ki Van stepwell in India took approximately two weeks to get all the detail. 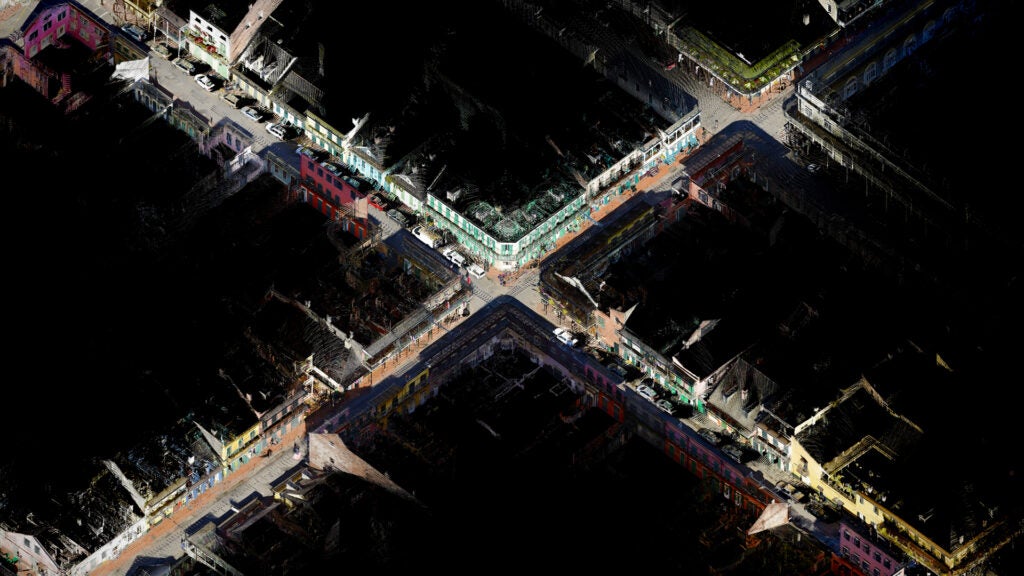 A LIDAR scan of the French Quarter

Still other sites are collected incidentally. Yesterday CyArk announced a partnership with “Here,” a Nokia mapping project. “Here” cars use cameras and lasers to provide detailed travel maps, capturing the curve of the road and details down to a centimeter accuracy. CyArk admitted Here’s maps of historical parts of both New Orleans and Philadelphia into their digital archive, preserving the shape of not just single sites, but whole neighborhoods.

The Washington Monument and New Orleans are not, knock on wood, under threat in the same way as the Bamiyan Buddhas, but there’s still an element of triage to CyArk’s whole project. Lee told Popular Science that “an international panel helps us set up criteria for evaluation sites, looking at risk facing the sites, significance of the sites, and technical benefits of the sites. Risk is a big factor for us, and in certain situations it’s too late to go in safely. Part of the project is trying to be proactive — to get the sites before they’re gone.”

Some of the sites can be explored online at CyArk, whose homepage currently features a totally not creepy slowly moving Mount Rushmore.