You wouldn't want to be in this top predator's path. 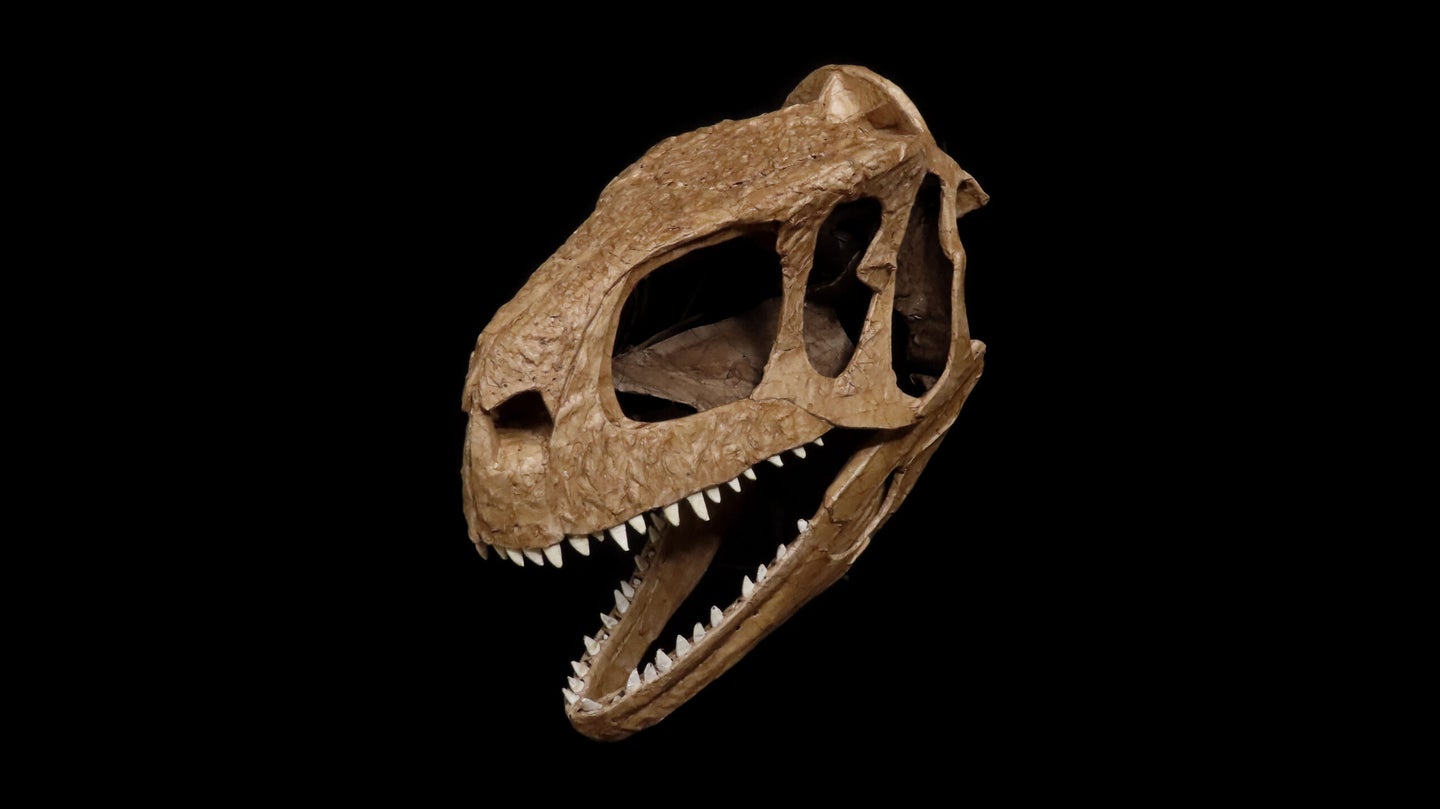 In the late Cretaceous period, the newly discovered L. aliocranianus dinosaur was a top predator in South America.
SHARE

A newly discovered species of dinosaur likely ruled ancient South America in the dinosaurs’ twilight period, using its massive claws, powerful bite, and sharp teeth to earn its name “the one who causes fear.”weir

Paleontologists discovered the superbly-preserved skull of the new species in a famous fossil site called the Baja de La Carpa Formation in Northern Patagonia, Argentina. It gives insights into the biodiversity of the late Cretaceous period, about 85 million years ago, the last and longest period of dinosaurs, according to a new study published in the Journal of Vertebrate Paleontology.

The new dinosaur has been dubbed Llukalkan aliocranianus; “llukalkan” meaning “the one who causes fear” in the Mapuche language indigenous to the region, and “aliocranianus” meaning “different skull” in Latin. The species reached about 16 feet in length and belonged to a diverse group of dinosaurs called abelisaurids.

Quite unusually, the remains of the L. aliocranianus were discovered less than half a mile from the remains of another similarly sized, meat-eating dinosaur from the same time period, the Viavenator exxoni. This close proximity suggests a complex and unusual structuring of ecosystems between the top predators, where the two species likely went after the same prey—and maybe even each other.

“It is likely that these dinosaurs shared the same ecological niche and fed on the same type of prey, so they would have competed with each other and, why not, even eaten with each other,” said study co-author Ariel Méndez in an email. “This would not be very different from what is observed today, where predators of different species but of the same family coexist in the same ecosystem, such as lions, leopards and cheetahs.”

[Related: This fossilized butthole gives us a rare window into dinosaur sex]

Though paleontologists dug up the bones in present-day Argentina, when the dinosaurs were around to roam the land it was part of Gondwana, the ancient southern subcontinent that formed when Pangea split and included much of today’s southern hemisphere like Australia, Antarctica, and the Indian subcontinent. The abelisaurids were likely the top predator of Gondwana in the era, sitting comfortably atop the food chain just as the well-known Tyrannosaurus Rex’s did in the northern continent.

“Certainly, finding yet another species of abelisaurids in that late Cretaceous time period we can say, ‘Ok, they really were the dominant taxa,’” says Peter Makovicky, a paleontologist and professor at the University of Minnesota who was unaffiliated with the study. “[This] in turn tells a bit about biogeography [on] Gondwana, the southern continent. You look at the northern continent, it’s the tyrannosaurs that are doing that, stepping in and showing out in the top predator niche.”

A unique feature of L. aliocranianus compared to other members of its group is an air-filled pocket next to the ear entering the skull that would have given the species superior hearing abilities, comparable to the modern-day crocodile’s, who have excellent auditory range and are just as chatty as birds. This confirms that L. aliocranianus was a predator rather than a scavenger, according to study co-author Rubén Juárez, since it used the adaptation to listen for living prey.

Paleotontoglists want to focus future research on gathering more fossils to better understand these complex ecosystems, investigate the difference between male and female abelisaurids, and learn more about how quickly the species matured into full-sized predators.

“Understanding how long they spent at different sizes throughout their growth and development could also help us understand how you can pack multiple species into one ecosystem,” Makovicky says. “That’s one thing we really don’t have a grasp on yet.”