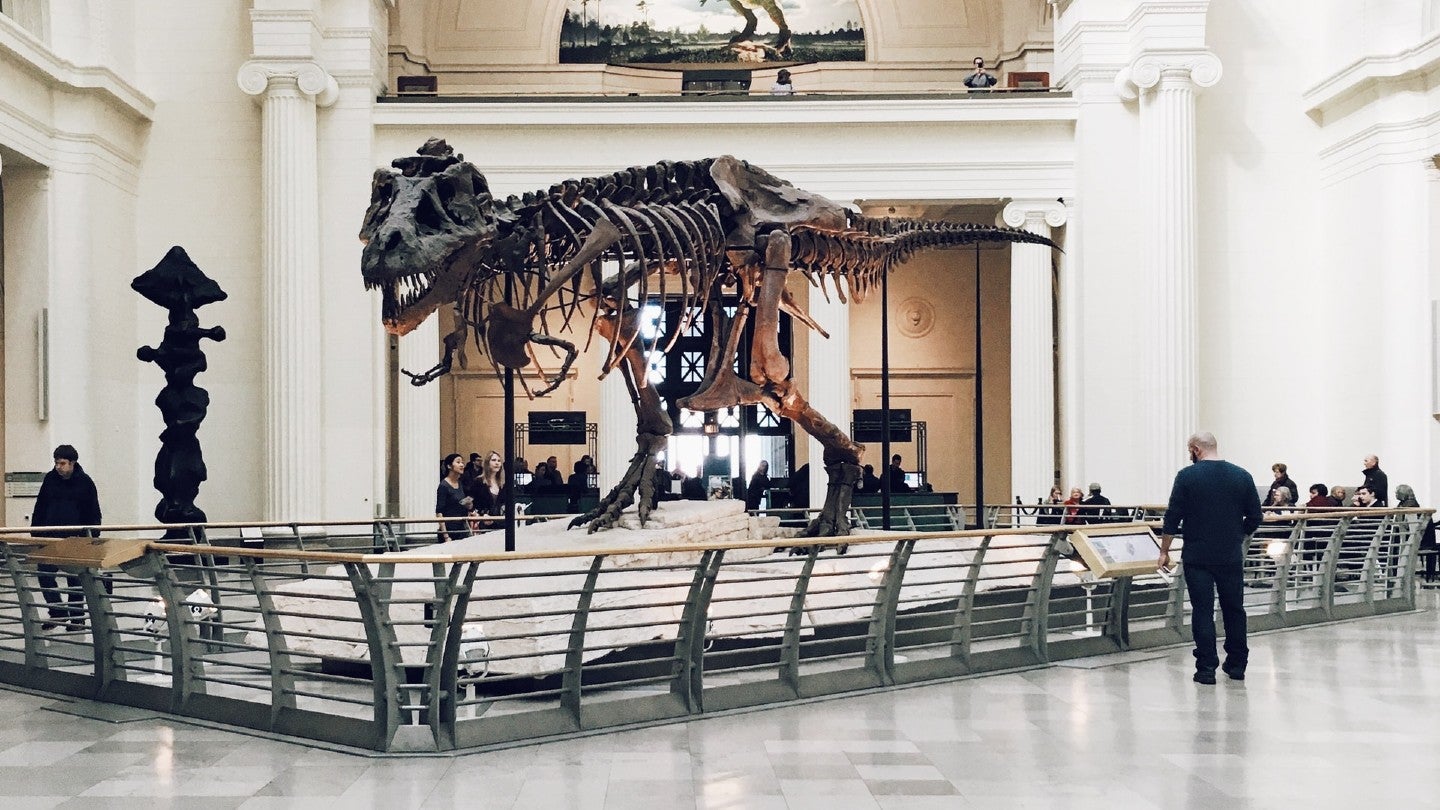 Tyrannosaurus rex was the apex predator of the Cretaceous period, around 66 to 68 million years ago. But scientists had never calculated the total number of T. rexes there ever were—until now. A new study estimates that about 2.5 billion of these tyrannical dinosaurs roamed the Earth over all of history, a stunning “absolute abundance” for these absolute units.

Only about 20,000 Tyrannosaurus rexes were alive at any given time. But these fearsome Goliaths occupied North America for an incredibly long span, between 1.2 and 3.6 million years. That means that approximately 127,000 generations of T. rexes passed through this Earthly plane, leading scientists to that 2.5 billion estimation.

[Related: The biggest animal ever to fly was a reptile with a giraffe-like neck]

This number is the first of its kind, but it’s in no way a definitive answer. Rather, 2.5 billion is an estimate with a wide margin of error. The total population could have been anywhere from 140 million to 42 billion.

All this uncertainty stems from the fact that scientists are operating with a lot of unknowns. To reach their T. rex count, scientists first had to compile the existing research on the king of tyrant lizards. The best estimates suggest each T. rex lived about 28 years. With sexual maturity arriving at roughly 15.5 years, the authors calculated a generation time of about 19 years.

Ecologists also know that the bigger an animal is, the smaller its population density tends to be. Using existing formulas to model that relationship—and the fact that a fully grown T. rex likely weighed about 15,000 pounds—the paper authors concluded that there was roughly one T. rex for every 42 square miles. That translates to about 3,800 T. rexes in an area the size of California, or just two individuals in a place like Washington, D.C, the study says.

If the 2.5 billion total population statistic is accurate, then only one out of every 80 million Tyrannosaurus rexes made it into the fossil record.

If the total were 2.5 million, instead of billion, Marshall said, we might never have discovered T. rex at all.