Why Does Mold Come In So Many Colors? 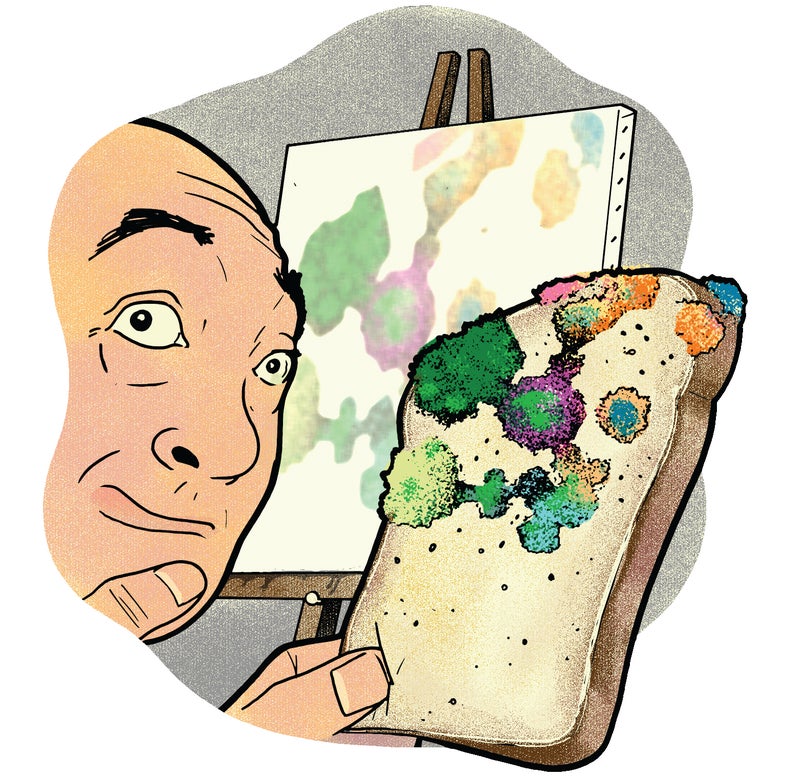 The amazing diversity of colors produced by molds and other fungi can vary regionally, says Sara Robinson, a researcher at Oregon State University. Blues and greens are prevalent in the Pacific Northwest, whereas oranges are more common in the Amazon. But the raison d’être of this rainbow of melanins, carotenoids, and other pigments isn’t always clear.

Some of the species Robinson studies secrete melanins that act as weapons against enemy fungi; some lay them down as barriers that rival molds can’t breach. Other labs have found that pigments can protect fungi from ultraviolet light, temperature extremes, and free radicals.

Nicholas Money, a fungal biologist at Miami University in Ohio, has studied how fungi cope when engineered without their normal melanin. “They’re pathetic,” he says. “Their list of disabilities is so long that it’s difficult to focus on any one problem.” Fungal melanin may have evolved to protect against enzymes produced by amoebas in the soil. Even though melanized fungi, as a rule, are heartier and more prolific than other kinds (which may explain why “black molds” have such a bad rap), there’s no evidence that these species are more harmful to humans.

Still, the variety of colors and their functions remain somewhat enigmatic. “Fungi are investing a lot of energy into producing all that pigment,” says Money. “They look beautiful and we don’t always know why.”