Climate Change Cruise Will Bring Tourists Across The Melted Arctic

See the effects of global warming while contributing to them! 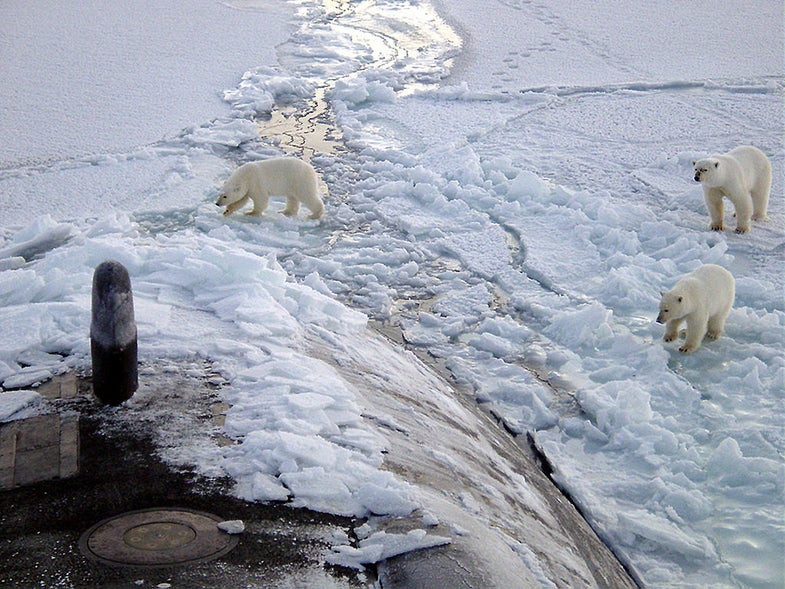 Polar bears are the largest land predators in the world. Confined to arctic climes, they are huge, powerful swimmers, and deadly hunters. In addition to being the second-best bear, they risk going extinct from global warming’s environmental changes. Thanks to an offering by a luxury cruise line, customers can take a cruise through the newly navigable arctic, and try to see polar bears struggling to stay alive on what remains of Arctic ice.

Call it “environmental disaster tourism.” Crystal Cruises is selling an Arctic cruise on the ship Crystal Serenity, which sounds more like a tea sold to tourists in Santa Fe than an ocean-going vessel. Crystal Serenity weighs over 68,000 tons, is 13 decks tall, and can house 1,070 customers. Bargain-basement book-now prices run just shy of $20,000, though more discerning disaster-watchers can pay $44,000 for a penthouse suite on the inaugural northwest passage trip. The cruise will leave from Alaska, travel along the waterways north of the Arctic Circle that were historically too filled with ice for safe travel by boat, visit Greenland, and then arrive in New York 32 days later.

Incidentally, the carbon footprint of a cruise ship, per passenger, is three times larger than that of a 747 flight. For a trip focused on witnessing first-hand environmental catastrophe largely caused by carbon dioxide, it’s odd that the phrase “carbon footprint” appears nowhere on the page announcing the special offer, or the cruise’s FAQ.