Where Does Oceanic Methane Come From? The Seas’ Most Abundant Organism

An answer to a marine mystery 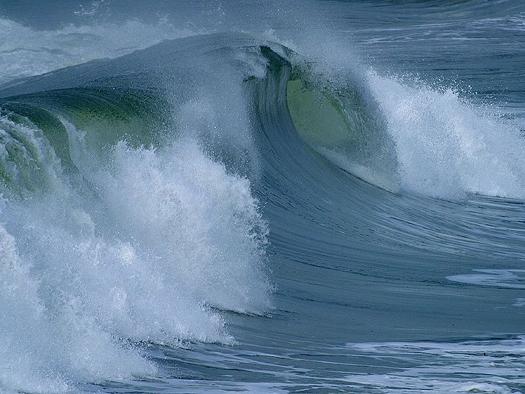 Ah, the oxygen-rich surface of the ocean, where the air and water meet, and life flourishes. But you might not know that these waters are also supersaturated with methane relative to the atmosphere, a phenomenon termed the “marine methane paradox.” The question being: Where does this methane come from? The answer matters because this methane eventually makes its way into the atmosphere, where it readily traps heat, giving it a 20-fold greater impact on climate change than carbon dioxide, pound for pound.

It was previously thought that methane could only be produced by bacteria in anaerobic, or oxygen-devoid environments. So what’s going on here?

It turns out the culprit may have been hiding in plain sight all along, so to speak. New research suggest much of the methane is produced by the most abundant organism in the ocean, a group of very simple and tiny bacteria called SAR11. Usually these bacteria don’t produce methane, but the study, published in Nature Communications, shows that they can produce the gas as a byproduct of their natural metabolism when they are starved for phosphorus.

The microbes make the methane from a substance called methylphosphonic acid, which is in turn excreted by another type of Archaebacteria. This acid contains phosphorus, and when the element becomes scarce (as it does in various parts of the ocean, often on a seasonal basis, for a variety of reasons) the SAR11 microbes digest the acid, releasing methane. The exact amount of methane produced this way is unknown. In terms of remediation, for now it makes more sense to address human-associated sources of methane, like mining, fracking, and cattle.

“Their ability to [produce] methane is an interesting finding because it provides a partial explanation for why methane is so abundant in the high-oxygen waters of the mid-ocean regions,” said study co-author and Oregon State University microbiologist Steve Giovannoni, in a statement. “Just how much they contribute to the methane budget still needs to be determined.” But the results could help fill in scientists’ understanding of the carbon cycle, which could possibly help create more accurate climate models.