For now, it's known as the Mobile Protected Firepower vehicle. It weighs about eight times as much as a Hummer EV. 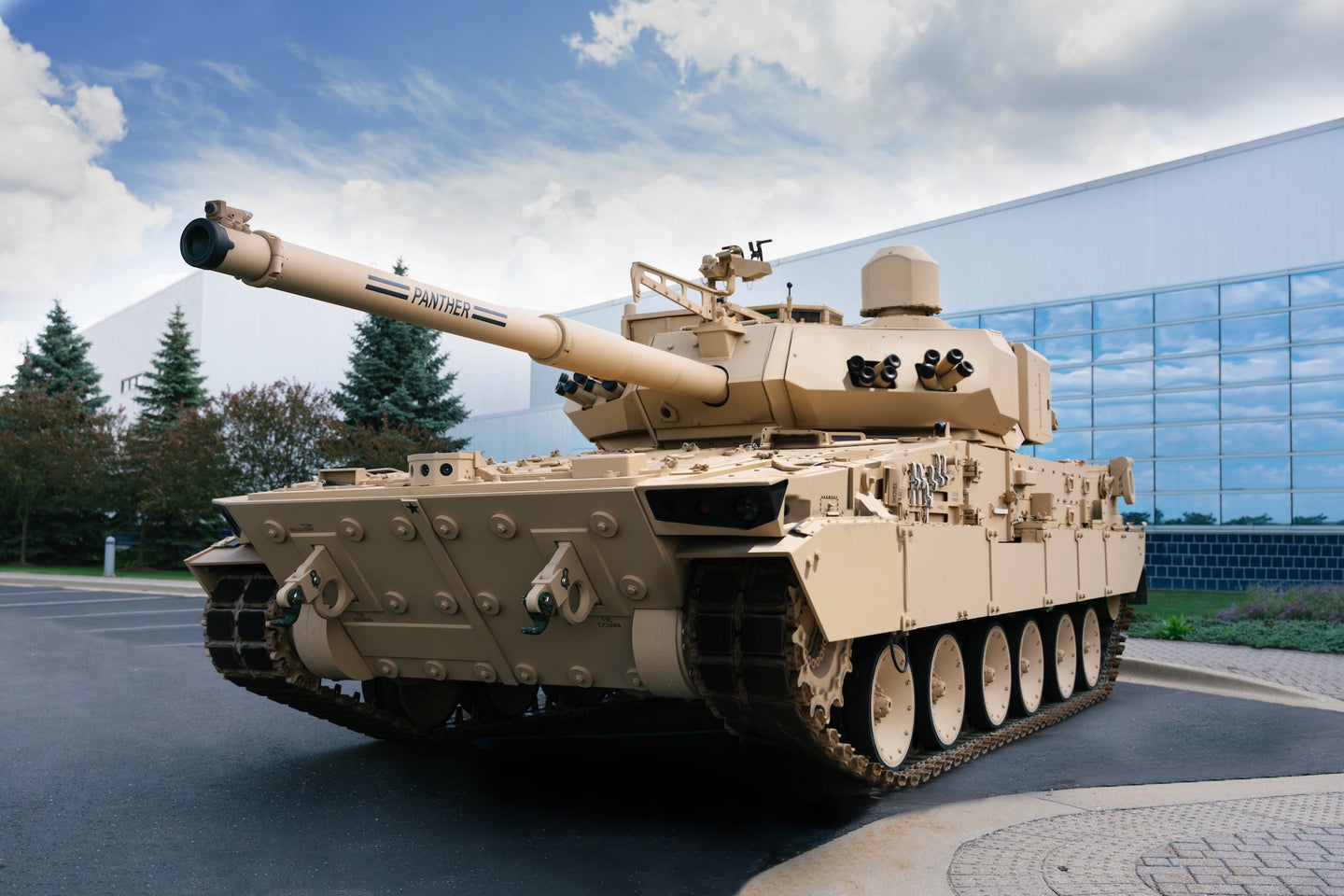 In October, the Army is expected to announce a proper name for its newest vehicle. The machine is essentially a light tank, an armored turreted and tracked vehicle with a big gun. In June, the US Army announced it was spending up to $1.14 billion on this brand-new light tank, which is formally called the Mobile Protected Firepower vehicle. The contract, awarded to General Dynamics Land Systems, will deliver between 26 and 96 vehicles, with the first set to arrive in 2024.

The Mobile Protected Firepower vehicle will be the “Army’s first new design vehicle fielded in over four decades,” the Army said in June. While the Army has developed, deployed, and iterated on many vehicle designs, these have largely been adaptations of existing models. The heavy M1 Abrams main battle tank, also by General Dynamics, has undergone five variations, with a Next Generation version underway.

By contrast, the last light tank fielded by the Army was the M551 Sheridan, which saw action in Vietnam, Panama, and was also deployed to Saudi Arabia for Operation Desert Shield, and then saw combat in Iraq during Operation Desert Storm. When the Sheridan was fully retired in 1996, the Army did not have a direct replacement, and before the MPF, it lacked a tracked vehicle to take on that same role. The M112 Stryker Mobile Gun System, an armored and eight-wheeled vehicle with a powerful 105mm gun mounted in its turret, fulfills roughly the same role as the Sheridan, but the Strykers are set to be retired by the Army in 2022.

Why a light tank?

In 2017, the Army outlined a vision for why they wanted a new, lighter vehicle than the existing Abrams tanks. The MPF, as planned, weighs only 38 tons, relative to the 70 tons of an Abrams. (For context, the new Hummer EV from GM weighs a comparatively wispy 4.6 tons.)

“The Army particularly needs the as-yet nonexistent Mobile Protected Firepower (MPF) vehicle to support infantry brigade combat teams–a lightweight vehicle that can be airlifted into battle and maneuver, dispersed if necessary, in close-quarters urban terrain, but with lethal long-range firepower to take out enemy armored vehicles,” read a March 2017 article in an Army magazine. “The idea is to defeat enemy positions and destroy their light armored vehicles pre-emptively to provide U.S. forces with greater freedom of movement. MPF is now the Army’s highest mid-term priority in combat vehicle modernization.”

In every such request, there is a vision of the kind of war the Army expects to fight. For Mobile Protected Firepower vehicles, this war is in cities and it is against an enemy with armor beyond heavy tanks. Enemy vehicles, from technicals to dedicated armor, can carry heavy guns into urban environments, and the Army wants a way to destroy those vehicles directly, without the collateral damage of an artillery barrage. Most notably, this vision includes the ability to be airdropped alongside infantry, a requirement no longer part of the program.

At a March 2017 hearing before Congress, shortly after the announcement of MPF, Lieutenant General John Murray, deputy chief of staff of the Army, emphasized the role of the vehicle specifically for adding punch to Infantry Brigade Combat Teams (IBCT). Against a peer or near-peer nation, like China or Russia, Armored Brigade Combat Teams already have heavy tanks, and Stryker Brigade Combat Teams have many anti-tank weapons, including javelin missiles.

But, said Murray, while an MPF vehicle is not designed to go “toe-to-toe with a Soviet tank,” having the MPFs in an Infantry Brigade Combat Team means they can handle other threats, like bunkers or light armor, that they cannot deal with at present without support.

Where Abrams do not tread

The Army has, for decades, enjoyed relative freedom where it operates, often complete with air support from Air Force and Navy pilots, to say nothing of its own attack helicopters. This means that Army formations that fight on foot or from lighter vehicles, like Humvees or its JLTV replacement, could reliably call on air support if they encountered a fortified enemy position or armored vehicles. Counter-insurgency, like that fought in Afghanistan and Iraq, meant the US was fighting an enemy without an air force, and so was free to fight from the skies with only minimal risk to pilots.

In a contested war against a country with its own armor, air force, and most importantly anti-air and anti-tank missiles, the Army expects to fight much more on its own. That means when it sends units across difficult terrain, which is where infantry combat brigade teams go, they will have to fight with just the weapons and vehicles they can bring to battle.

In places where Abrams cannot go, and in wars where air support is strained or hard to rely on, the Army will want to bring full firepower to bear against enemy positions. That, more than anything else, is the expected role of the Mobile Protected Firepower.