Sunlight, fire, and even a hand crank can pump juice into your device in a pinch. 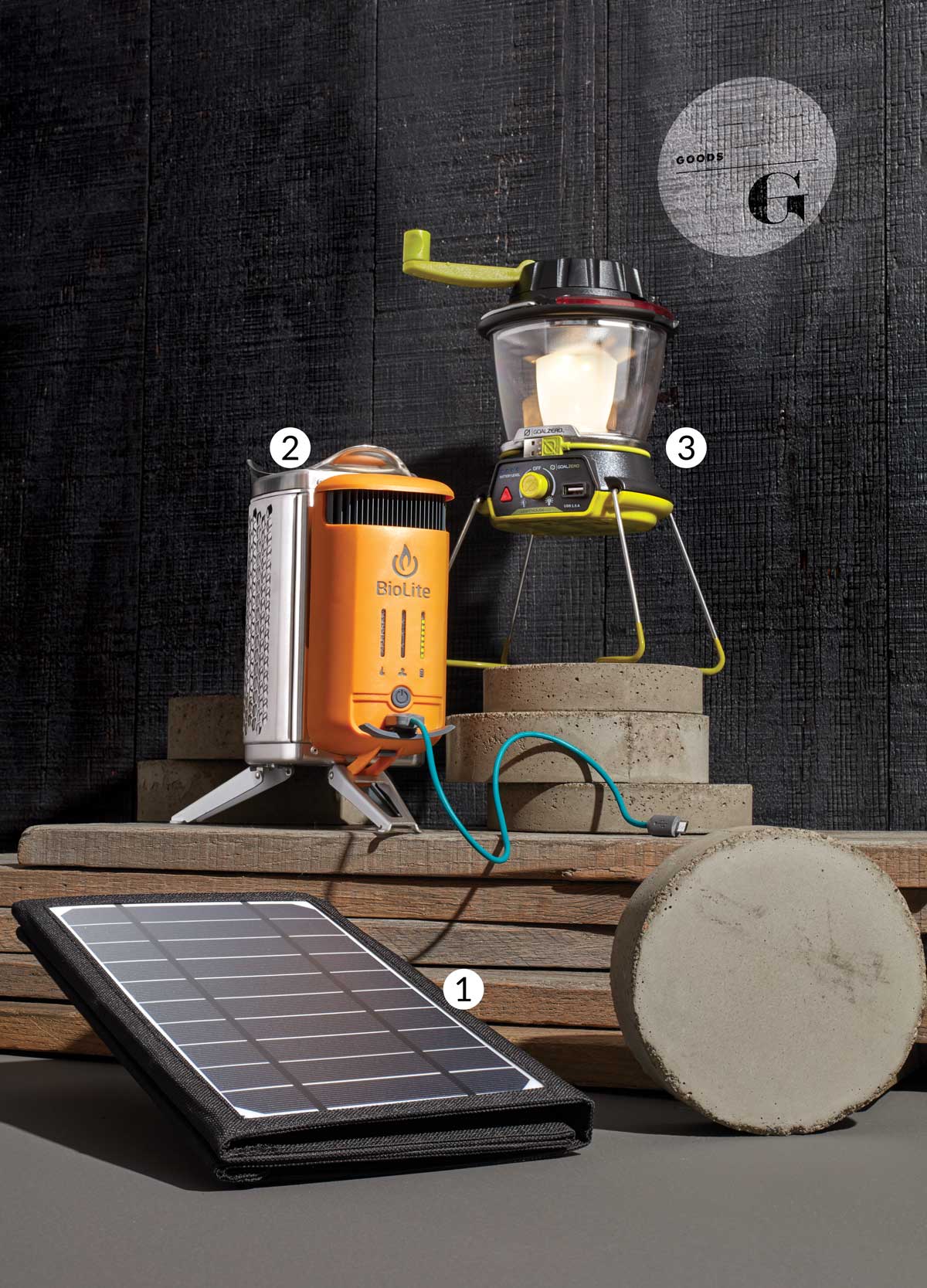 It’s easy to get spoiled when there’s always an outlet waiting to pump electrons into your phone. But when you’re off the grid (either by choice or by blackout), there are alternative ways to snag a power-up from readily available resources. Though not all methods are equal in speed or strength, these devices will provide the juice you need to Candy Crush the days away on a desert island.

At just under 1.5 pounds and occupying no more space than a short stack of comic books, the RavPower 16-watt solar charger‘s three panels turn roughly 22 percent of available sunlight into ­device-​­saving current. A pair of USB outputs can top off a phone and a portable power pack ­­simultaneously, at a pace just slightly slower than what you’d get out of a standard wall outlet.

Ignite some sticks, pellets, or scraps inside the BioLite CampStove 2, and a 1.5-inch fan will send air through 51 jets to boost the sparks into an intense fire. A built-in thermoelectric generator converts that heat into electricity. It sends 3 watts to an onboard USB charging port, which fills your gadget at roughly half the speed of a home outlet. The stove stores excess in a built-in 2,600 mAh battery.

The 4,400 mAh battery built into the Goal Zero Lighthouse 400 lantern holds enough ­energy to light the built-in LED for up to 48 hours, or fully load up your phone like any other portable power brick. Once it’s out of juice, turn the crank on the top around at 130 times a minute for more than 10 hours to re-up your handset all the way. (Your arm muscles will get charged up too.)