Key gadget specs and what they really mean

Do you know what an IP rating is? 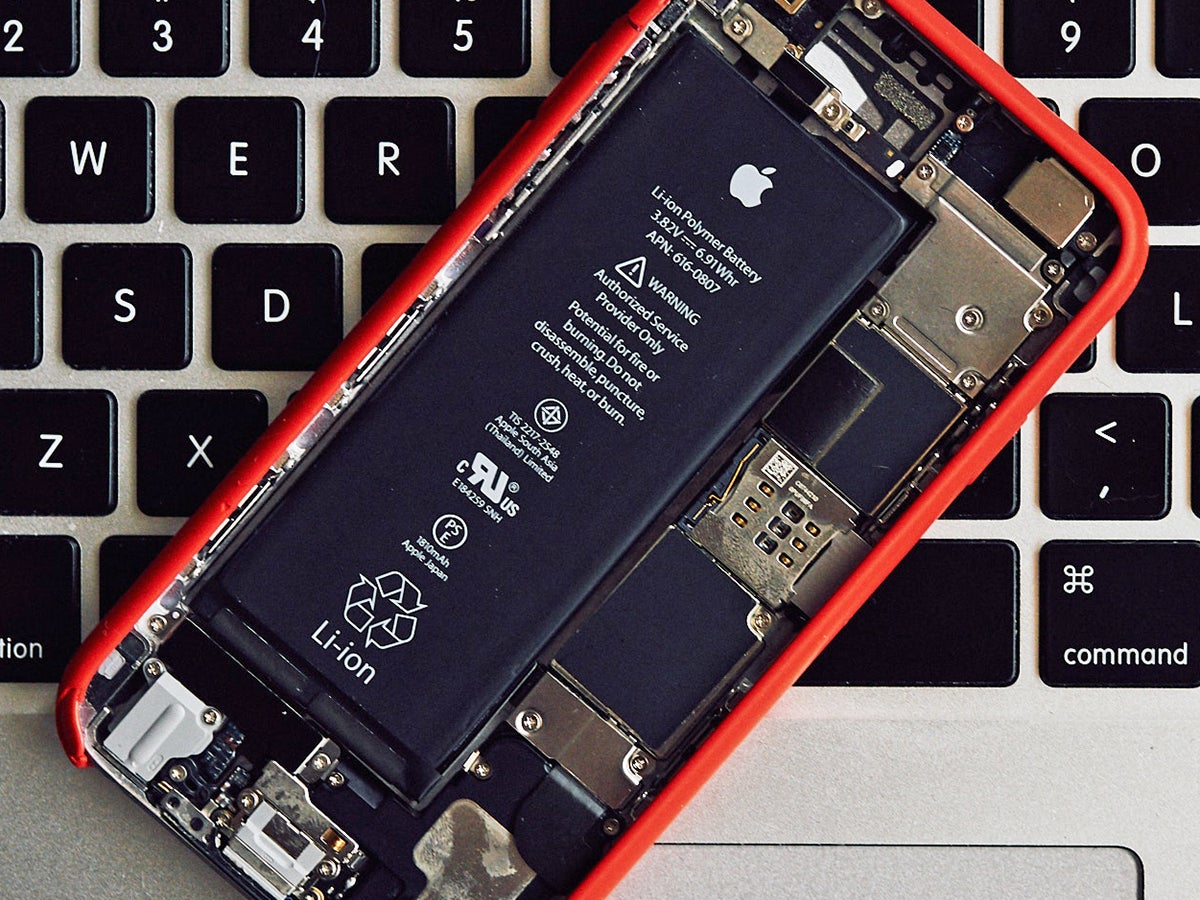 When it’s time to buy a new phone or laptop, you’re likely to encounter a huge list of specifications and features. It’s a lot to wade through, and it’s possible that some of those specs won’t make sense straight away.

To make your life a little easier, we’ve highlighted the key factors to consider when choosing a phone or computer. These devices are similar in a lot of ways, even if they’re built on very different scales, and we hope our guide removes some of the mystery surrounding their specifications.

The central processing unit (CPU), sometimes simply called “the processor,” is the brain that runs your laptop or phone. It’s essentially a calculation machine, and the quicker those calculations go, the faster your electronic device works.

You’ll usually see “clock speed” associated with a CPU, which, in simple terms, is how fast it can chew through calculations. The number of cores (essentially mini processors) matters too—the more there are, the more jobs the central processor can do at once. That means faster performance and more apps running smoothly at the same time.

Over time, CPUs have been packed with more and more features. All the top smartphone CPUs, for example, now have dedicated artificial intelligence components meant specifically for handling the types of processing that machine learning systems need. If you’re looking at a phone instead of a computer, you may see the CPU referred to as a chipset or a “system on a chip.” That’s because those processors contain extra components, such as AI modules and modems, in addition to the main processor.

The CPU isn’t the only factor that determines how fast your gadget is, but it’s usually the most important. Pay more for more speed and extra performance, and your apps will power along faster and be able to handle more demanding tasks.

The RAM is the thinking room for your computer or smartphone. It’s super-fast storage where open apps and files live, so having more of it means your devices are less likely to slow down as you launch additional apps and browser tabs.

If you’re really into computer performance or building, you can dig deep into different types of RAM. As you go up the scale, RAM modules get faster at transferring data, more stable, and more expensive. For most users though, you just need to consider how much of it is available.

Gadgets don’t topple over when they run out of RAM, they just have to work harder to swap between files and applications, so you can see why both the amount of available RAM and the CPU speed affect your devices. It’s a finely balanced play between the various components, and the better they work together, the faster your gadget will be.

For example, because Apple controls every aspect of the hardware and software on its iPhones, it’s able to get top-level performance with less RAM (4GB on the latest iPhone XS Max, compared to a minimum of 8GB on the latest Samsung Galaxy S10 Plus). It’s not as important as CPU speed, but the more you have, the better.

Every computer and phone comes with a certain amount of internal storage, which is the permanent record of all the ones and zeros that make up the software and files on your devices. It’s the home of Windows, macOS, Android, or iOS, as well as all the apps and programs you’re using. That also means you’ll never be able to access all the storage on a device, because its operating system is going to take up some of the room.

Again, the more the better, though cloud services and the likes of Spotify and Netflix have made internal storage (sometimes called local storage) less important than it once was. When upgrading, it’s best to get more than you think you’ll need, and looking at the remaining memory on your old devices should give you some idea of what’s appropriate.

You can always add external storage later on—external hard drives and USB drives (for computers) or memory cards (for certain smartphones). If you’ve gone for a cheaper phone with limited internal storage, you might be able to add more room this way, but check first—phones like the Apple iPhones and Google Pixels don’t let you go beyond what they were built with.

To give you a rough idea of how much storage you may need, movies are around 4 to 6GB when downloaded in 720p HD from iTunes. All but the most budget phones on the market right now start you off on 32GB of internal storage, while laptops and desktops usually start at 128GB.

The GPU is like the CPU, but for what you see on your screen. It works out where the shadows are supposed to be in your favorite racing game, for instance, or processes augmented reality effects for a camera filter.

Inside phones, GPUs are embedded on the same bit of circuitry as the CPU—the Snapdragon 855 chipset inside most flagship Android phones of 2019 comes with an embedded Adreno 640 GPU, for example. Graphics processors are often integrated into CPU chipsets on computers, too, especially inside cheaper models or laptops where space is at a premium, but they can also be found on dedicated graphics cards as well.

Unless you’re a serious gamer or video editor, you don’t need to worry too much about the GPU. Often, it’ll be chosen to complement the main processor in terms of how powerful and capable it is.

If you are buying a GPU on a separate graphics card, or attempting to build a computer from scratch, you’ll have to consider specs like clock speed and dedicated video RAM to help make your choice—the more the better. The top-end cards will set you back a significant amount of cash, but mid-range and budget cards can be very capable too.

When it comes to phones, the main choices for displays are OLED (organic light-emitting diode) and LCD (liquid-crystal display). One of the key differences between them is the way the screen is illuminated, with OLED offering pixel-by-pixel control over the brightness of the display.

That usually means OLED offers a richer viewing experience, with deeper blacks and more vibrant colors. However, LCD screens can be impressive, too, and are known for typically producing more natural colors. You’ll often find LCD displays on cheaper phones, as the tech is less expensive for manufacturers.

Because of the technical aspects of making these screens, LCD has typically dominated on laptops and computer monitors, but OLED is now starting to appear on higher-end hardware. If you have the budget for it, it’s usually the better option.

Computer and phone specs will also list a pixel resolution, which is the number of pixels crammed into the screen, and an aspect ratio (like 16:9 for a widescreen laptop display). You’ll often see a pixels-per-inch calculation on top of that—the higher this figure, the sharper the screen.

The majority of cellphones on the market come with an IP rating, which stands for “ingress protection,” and essentially shows how easy it is for dust and water to get into the device. So IP68, for example, the top rating for consumer devices, means a rating of six for dust (particles can’t get in) and eight for water (it’ll survive continuous immersion per the manufacturer’s specifications).

With IP67 or IP68 ratings, a phone should survive a dunk underwater, but IP68 phones can last longer at greater depths. Manufacturers are supposed to detail this in product listings, so you’ll probably see something like “1.5 meters deep for 30 minutes” that tells you exactly what the phone can endure.

Not all phones come with IP ratings, but you might see terms like “water resistant” or “splash resistant.” It’s really up to the phone maker to outline exactly what those terms mean and how much of a rain shower the handset can stand up to.

You won’t find these ratings on laptops and desktops yet—waterproofing and dust-proofing tech hasn’t yet advanced far enough to be able to cover entire computers. For phones, it’s something to look for if you need it, or a way of saving money on an upgrade if you don’t.

Phone batteries are listed by milliampere hours (mAh), which essentially show the battery’s energy capacity. You’ll always need to consider this alongside how much power the phone uses—handsets with bigger displays and faster components will drain a battery faster—so make sure you check the manufacturer’s battery life estimates as well as the capacity of the battery itself.

Most phones now come with some kind of fast charging capability, though specifics vary among devices. Look for a charging capacity in watts (W), which will give you some indication of how much power a phone can take on at once, and how quickly it’s going to refuel. Many phones now offer wireless charging as well, but it’s typically at a lower wattage and takes longer.

In most cases you’ll need to use the charger that came with your phone if you want to get maximum charging speeds. That’s because the default cable will have been calibrated to take advantage of the device’s built-in charging tech. Other chargers may work, but might not charge your phone as quickly.

When you’re shopping for a laptop it’s less common to see battery capacity listed in mAh. Instead, you’ll usually just see a quoted time between charges based on typical use. It’s always worth checking this against independent reviews to make sure a device is living up to its battery life claims.

You may have noticed the race to pack more and more camera lenses into smartphones. Essentially, these enable additional photo tricks, like wider angles if you want to fit more in the frame and higher zoom levels if you’re looking to get closer to the action.

It can be difficult to find precise specs for phone cameras, but if you can track them down you’ll usually see a megapixel rating and an f-stop value (like f/2.0). The former will help you understand how large an image will be and how much detail it’ll include, while the latter indicates how much light the lens lets in and how well it’ll cope with darker scenes. The lower the f-stop number, the more light gets in.

Digging even deeper, you might be able to find references to sensor and pixel sizes. In both cases, a bigger size means more captured light, and, in theory, better pictures.

With that in mind, consider lens specs to be a useful guide to the quality of a phone camera, but not the final word. More lenses, bigger sensors, and more megapixels should make for a better camera, but it’s no guarantee—be sure to check out sample shots and reviews on the web to know for sure.