Falcon With GPS Could Save Birds From Wind Turbines

Escaping death, thanks to a bird named Houdini 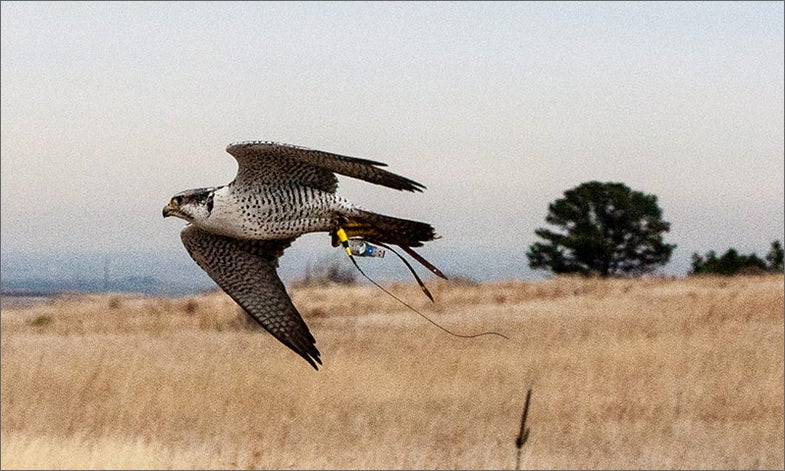 Falcons are perfected aerial machines, evolved over millennia to be very, very good at being falcons. Unfortunately, upstart Homo sapiens have put a few obstacles in the path of these raptors, like intruding quadcopters or deadly wind turbines. What’s the best way to still capture all the renewable energy from the wind while leaving the creatures of the air alive and unharmed? Recruit a falcon as a guide and strap a GPS on his back, according to the National Renewable Energy Laboratory.

Named Houdini, the falcon in question is 15 years old and a trained performer. With a thumb drive-sized GPS on his back, the Energy Department is using him to train radar how to see small birds. Wind turbine plants use radar to detect nearby aircraft, which allows them to automatically turn on lights so pilots can steer clear of the spinning blades. Lights kept on all the time can make wind turbines unpopular with locals, so a system that turns on only when needed is important. That’s great for planes, which are easy for radar to detect, but tricky for birds, who are small and fly differently from humans. Instead of radar, power companies could have a human keep a 24-hour lookout to activate lights if birds come near, but that’s costly, especially if an automated system could do the job instead.

Houdini replaced a drone previously used for this job, because unlike a human-piloted quadcopter, Houdini flies like an actual bird. The radar system at the Colorado wind turbine farm sweeps the sky looking for flying objects, but because birds are so small it’s hard to tell precisely what is and isn’t a bird worth tracking. With the GPS attached to Houdini, researchers can compare his flight path to what the radar recorded, isolating where the system successfully picked up on the bird. Plenty of birds are smaller than falcons, so radar that sees Houdini won’t see everything, but tailoring the system to see falcons and larger will make turbines safer for big birds, especially protected species like whooping cranes and golden eagles. 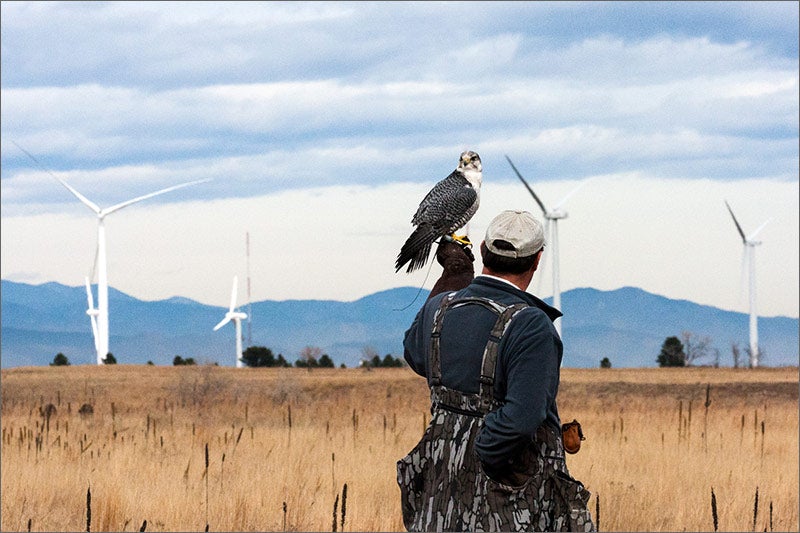