PopSci's on hand as the long-awaited "Google phone" is unveiled 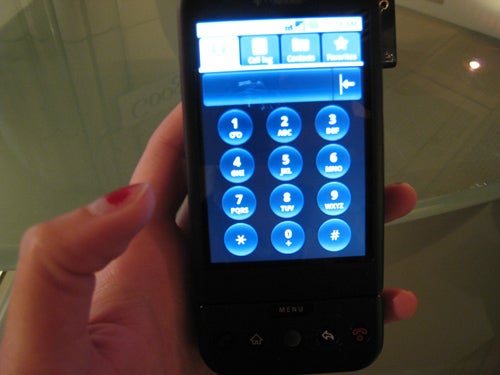 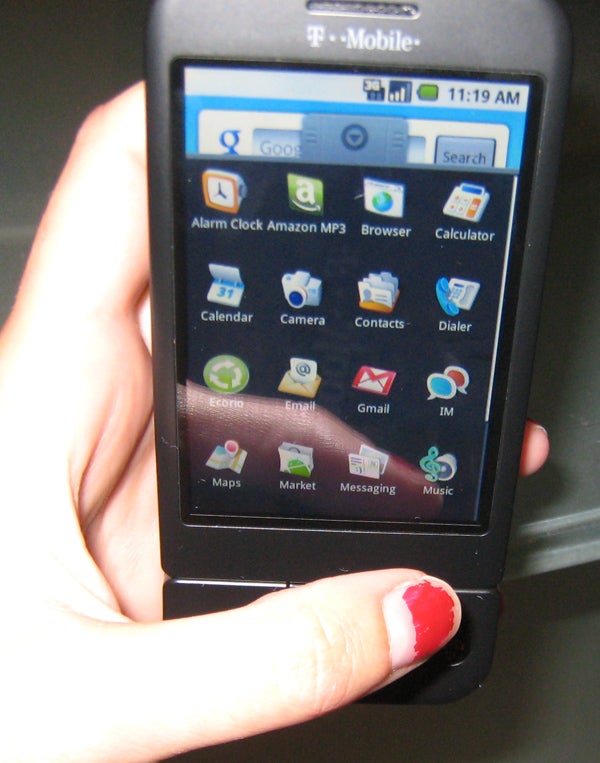 Toll the clarion bells, the G-Phone is here. This morning, T-Mobile unveiled the first Android platform-based phone. We’ll have a more indepth analysis shortly, but in the meantime some first impressions.

“iPhone with a keyboard” will certainly be flung around, and indeed much of the layout is nearly identical to that “other phone.” (N.B. There seems to be a kabosh on T-MObile employees referring to the iPhone by name: At one point in the press conference someone asked a question involving the iPhone and in his response, CTO Cole Brodeman would call it only “that phone previously mentioned.”) The menu is a neat series of icons; finger flicks move you up and down pages and through options. But that seems more a reflection upon Apple’s first-class understanding of usability. If the G1 copies the iPhone, it’s not lack of imagination at work as much as acknowledgment that little can best the iPhone’s design.

But it is the unflinching openness of the system that Android brings to the table, and here is where things get tricky. Google may want to spread the gospel of openness, but the telcos sticking this platform in their phones want cash money.

Listening to the executives talk is like an exercise in intergenerational mediation. They may have been trained to espouse upon the wonders of an open system–indeed, they may be using that as their main selling point–but ultimately, they’re not really getting it.

The G1, for instance, is very much locked headset-to-system, And while it’s lovely that any developer can use Android to make any application, we can access them only by buying the T-Mobile cell (admittedly at a reasonable price); shelling out for the monthly T-Mobile bill (also reasonable); and filling up those corporate coffers.

Truthfully, I would not expect otherwise, they are in a business and businesses make money. But maybe it’s time to call a spade a spade. In other words, don’t piss on my shoes and tell me it’s the sky opening up with possibilities.