Trying to break a gadget addiction 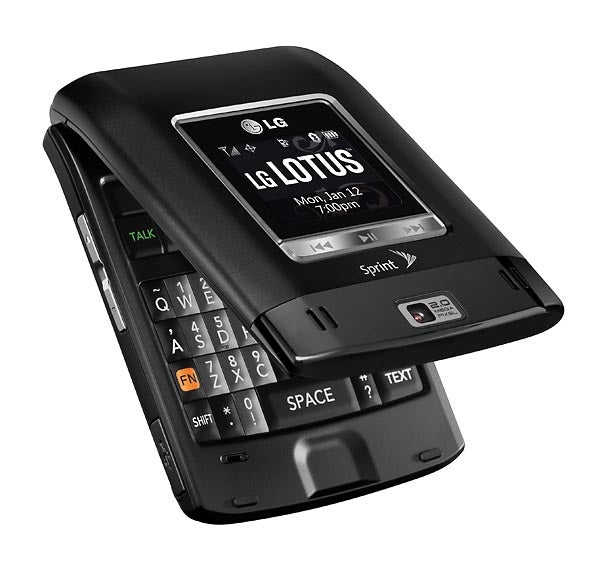 I didn’t think I was the sort of guy who develops addictions. But a few hours ago, I realized that I’ve long had a monkey on my back, and it’s probably never getting off.

I own a 3G iPhone, and I actually make calls with it—or rather I try to. I always start my conversations by telling the person “When the connection drops, I’ll call you back.”

I just accepted the phone problems because I’m an Apple nut and love everything about the iPhone—well, except the phone part.

My Intervention came in a black box containing an LG Lotus, a squarish avant-garde flip phone running on the Sprint network 3G network.

I fired the thing up and called Mom. OK, it wasn’t that easy. The qwerty keyboard is a number-letter combo deal, and with my big fingers it was an awkward hunt-and-peck procedure. Sigh. No touch screen that can morph into a giant numeric keypad, as on the iPhone.

But I got the job done and held the thing up to my ear. Then I remembered why flip phones used to be so popular. The curved shape naturally fits in my hand and against my face. I had been holding that flat slab of iPhone up for so long that I’d forgotten how awkward it is.

That call went well: I never lost her. Then, I drove around and made a bunch of other calls. Wherever I went, I had reception. The volume of the handset was loud and clear, and I didn’t hear any strange sounds. Yes, I was using a mobile phone, and it was actually reliable.

“Big wup!” you say. “It’s 2008, not 1998.” Who cares that I made a bunch of phone calls from a flip phone? Well, if you’d just had eight dropped calls in a row from your regular phone, you might understand.

The honeymoon ended when I asked the Lotus to do other things—like get on the Internet. Just as the flip style took me back a few years, so did Web browsing on a small screen with poor navigation. Sprint’s EV-DO data network ran circles around AT&T’s service. But I spent so much longer navigating the Web interface on the Lotus that the overall process was ultimately slower than on the iPhone.

Next I jumped onto Sprint TV. The iPhone doesn’t even have a streaming TV function (though other AT&T models do offer cellphone TV). But after checking out Sprint’s offering, it doesn’t seem like such an omission. Given the low resolution and out-of-synch audio and video, I wasn’t able to watch for long.

Practical as the Lotus and Sprint network are (despite the latter’s mounting financial troubles), I’m so taken with the iPhone’s bells and whistles—and especially its brilliant interface—that I’ll tolerate AT&T’s abysmal wireless service. The cute Lotus is on its way back to Sprint, and I’m waiting on my next dropped call…