Control Anything With Your Cell Phone

One phone to rule them all. A new product promises to turn your smartphone into a universal remote that controls everything from your computer to your garage door

A universal remote control is only good if it is really, truly universal: something few companies have managed to do thus far. Unify4Life has. Its AVShadow, which launched today for $100, turns a Blackberry into a remote capable of controlling virtually every component of your home entertainment system. TiVos, Blu-Ray players, iPods and VCRs can be launched with a click. Place the minute, Bluetooth-equipped AVShadow next to your entertainment center, download the app and you’re done. 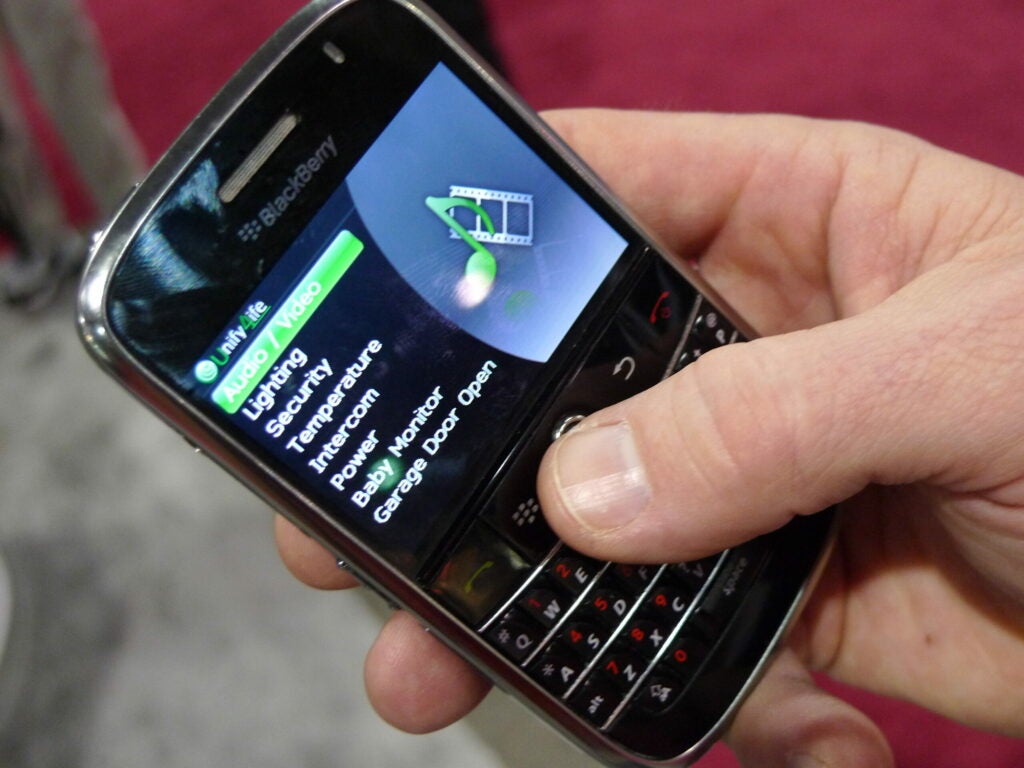 The apps will eventually let you control things as far ranging as intercoms and lighting. It’s a sleezy bachelor’s dream!

Two more modules, one to open your garage door and one that controls macs or PCs (think the Apple remote, but more expansive) are set to launch later this year for $40 and $30 respectively. Eventually, the apps will let you control thermostats, baby monitors and more. The interface is clean and intuitive, and there are thoughtful extras like TV listings and music-streaming capabilities. The company is working on a version for iPhones and another for Android, so guys with too much time on their hands might want to start rigging up the mood lighting now.