This Is The Sound Of Particles Smashing Together 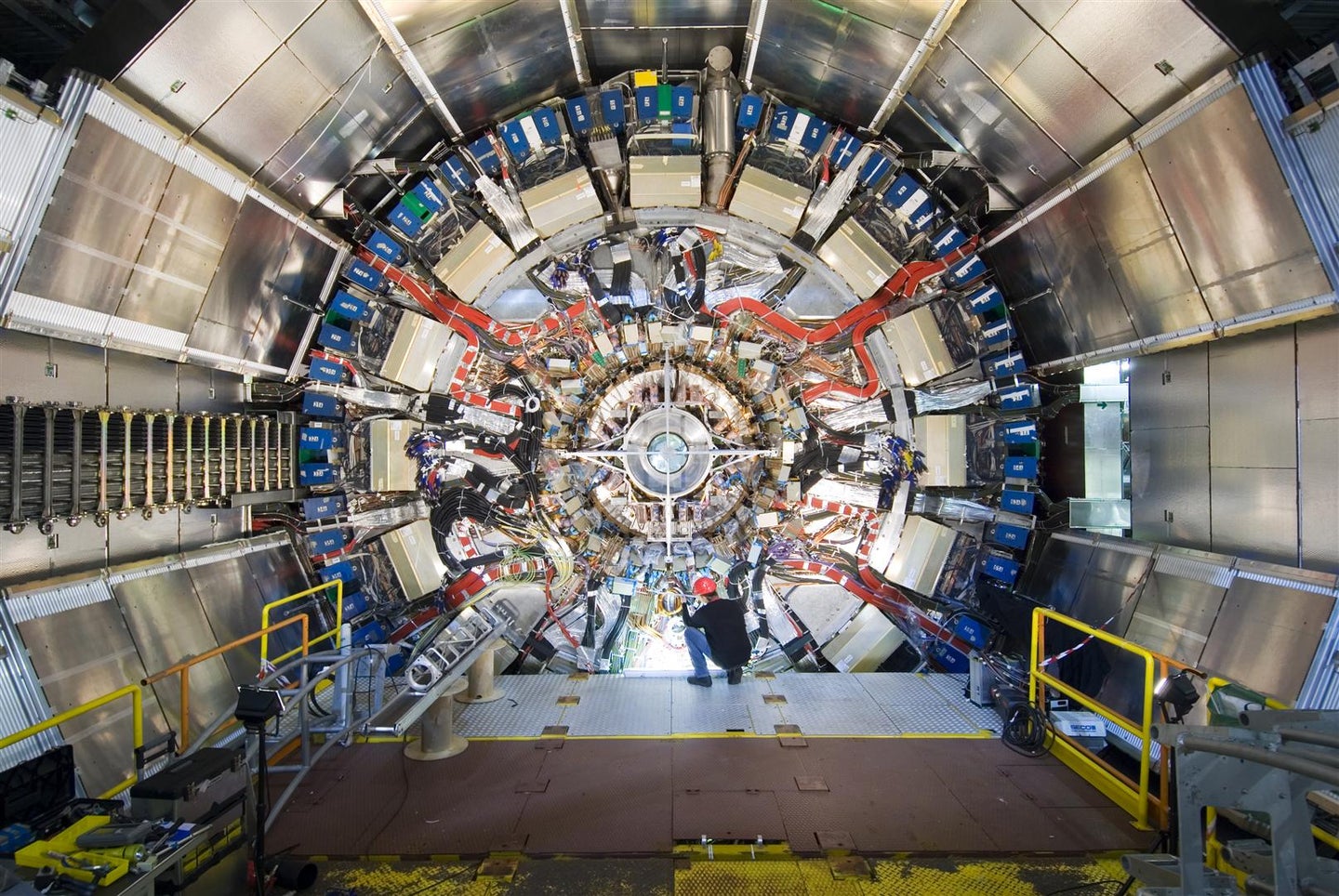 The musical instrument of the future might be data from high energy particle physics experiments. Researchers from the ATLAS detector at the Large Hadron Collider in Geneva, Switzerland and other universities debuted the Quantizer with live streaming at the Association for Computing Machinery’s Conference on Human Factors in Computing Systems this month. While there have been other attempts to show physics data with sound, like the “chirp” that accompanied February’s gravitational wave announcement, this is the first time that high-energy physics collision data can be live streamed as music.

This recorded sample was played at the Montreux Jazz Festival in 2015. The live data stream is available here.

Basically, the composer builds the instrument, which the Large Hadron Collider then plays live by passing along the notes.

ATLAS is one of several experiments at the LHC; it measures the information that spews out of particle collisions to explore the universe’s conditions right after the Big Bang or to identify new particles like the Higgs boson.

“ATLAS data is now a new canvas for artists to work on,” Joseph Paradiso, Massachusetts Institute of Technology professor and CERN researcher, told Popular Science. “This is another way of connecting people to physics.”

The Quantizer first uses a Python script to turn a live stream of ATLAS data from an XML file to an OSC sound data file, where different parts of the ATLAS experiment are represented by different notes. If the LHC isn’t running, data from recent collisions is used instead. That file can be read by custom synthesizers and programs like Pure Data and MaxMSP, which lets composers make lots of different songs from the same data set. You can find the “cosmic,” “house,” and “suitar samba” arrangements on the Quantizer website. More computer-savvy composers can even change the lowest level XML-to-OSC mapping by editing the Python code.

I’ve been jamming to the “house” arrangement this morning, but the ethereal “cosmic” arrangement, composed by MIT student Evan Lynch, is Paradiso’s favorite. Paradiso thought ATLAS data would sound like that all along.

“It’s a piece with a sense of awesome perspective. Physics is about something bigger than any of us.”