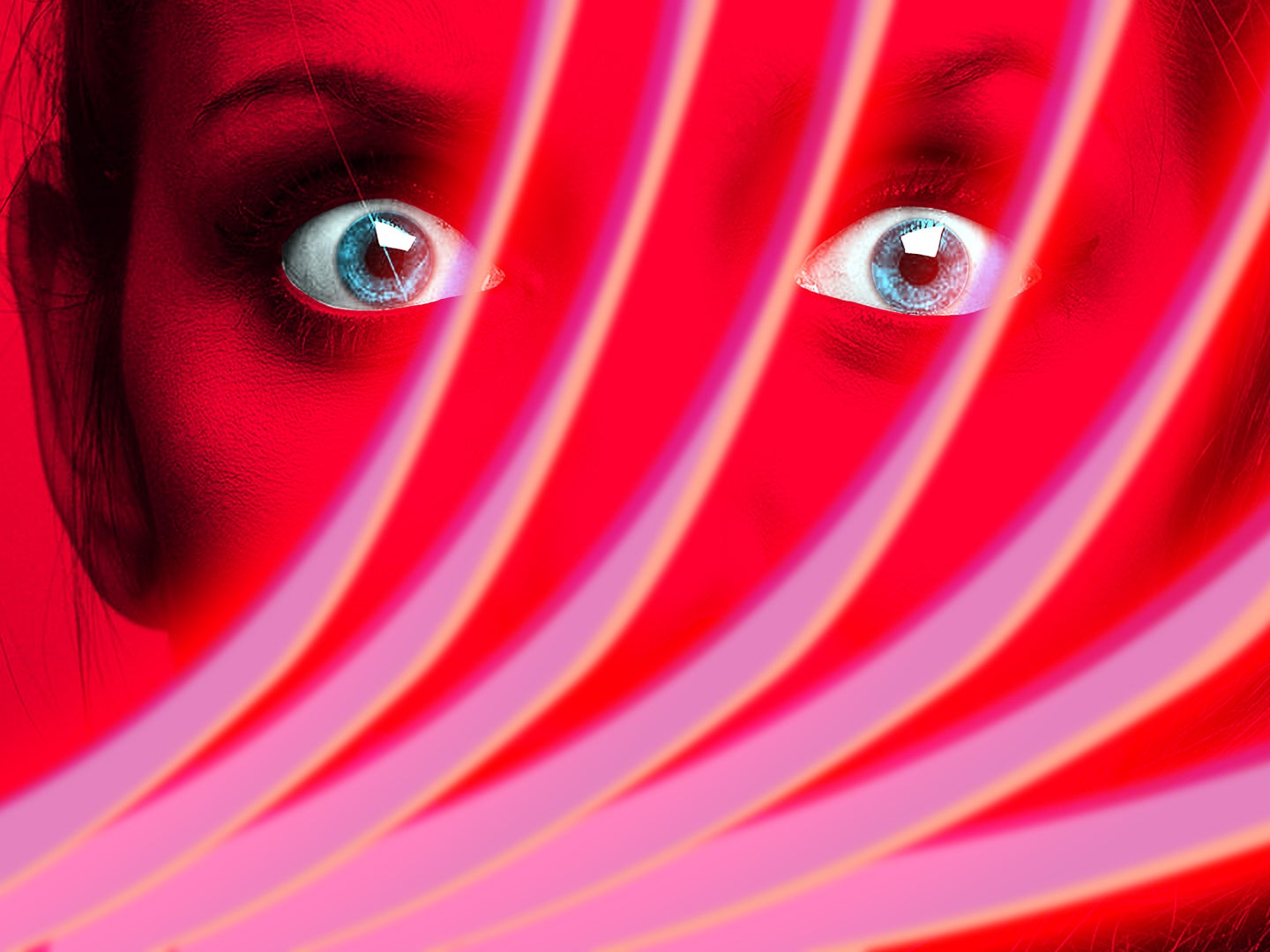 The sound, which is perceived to change more than it does, can provoke anxiety. Tyler Spangler for Popular Science

Neuroscientists and sound designers explain the Shepard tone—an auditory illusion that makes listeners feel like they're flying or sinking.

WE’VE ALL FELT that sensation of suspense, even dread, as tension builds in a movie or TV show scene. Something’s coming. Our brains sense it, even if we’re not sure what’s tipping us off. In these moments, our emotional cues are often in the hands of sound designers—audio experts who deploy time-tested tactics to reel us to the edge of our seats.

One of their most common tools to stress us out is called the Shepard tone. Named after cognitive scientist Roger Shepard, who pioneered graphical visualizations of complex statistical data, this classic auditory illusion’s signature psychoacoustic effect gets triggered when sounds like the pitch of a scale seem to continuously ascend or descend, getting ever higher or lower. It’s a technique favored by film sound designers and composers—most popularly, Hans Zimmer for Christopher Nolan films such as Inception and Interstellar—to create a dramatic and ominous quality.

The illusion is a loop of a series of tones exactly one octave apart, explains Andrew King, director of the Centre for Integrative Neuroscience at the University of Oxford. “The lowest and highest frequencies are barely audible and the middle ones are louder,” he says. As the quieter, similar sounds at the beginnings and ends of the scale fade into each other, all we really perceive is the smooth sequence of sounds in between, which “produces the illusion of an endlessly rising [or falling] pitch.”

Audio experts also riff on the tone to intensify the scene’s atmosphere. In Top Gun: Maverick, Skywalker Sound’s sound designer Al Nelson used the Shepard principle and a variant known as the Shepard–Risset glissando in which the tones glide up or down ad infinitum. As the film’s protagonist, Maverick, incrementally accelerated the Darkstar experimental jet towards Mach 10, Nelson extended the jet sound effect with the looping octave underneath: “It’s very suspenseful as we tick faster and faster.”

“I love using tonality in sound design—as an alternative to static, noise-based sounds,” Nelson says. “Sometimes we add tonality to a specific story event: a distant factory, hi-tech machinery such as spaceships or other modern vehicles, even subjective events like tinnitus (ear ringing) moments. It’s not uncommon to add a tonality to ambiances to create eerie, fantastic sonic environments.”

But why do these sounds provoke anxiety? According to Barbara Shinn-Cunningham, director of the Neuroscience Institute at Carnegie Mellon University, it’s because they seem to change more than they do. “The brain responds really strongly to change,” she notes. While we clearly notice the change of the rising scale (or “local change”), we don’t notice that the overall content stays the same and repeats (there is no “global change”). That duality “can lead to ambiguity and perceptual conflict.” Shinn-Cunningham likens the disconnect we experience to M. C. Escher’s surrealist Ascending and Descending, which depicts the impossible Penrose stairs that seem to go up or down but whose height does not, in fact, change.

Like all good illusions, some aspects of this aural trick are still shrouded in mystery, particularly the neurological basis for its emotional impact. Emotions can be driven by a psychological concept called musical expectancy—the human mechanism that moves the listener to predict what plays next. “It seems likely that the endless nature of the Shepard illusion is an important factor in determining how people react to it,” Oxford’s King says, confirming that the tone can make you feel off-balance. King echoes this complexity. “Listening to music activates not only the auditory centers of the brain, but also those involved in reward, emotion, motivation, and movement,” he explains.

Randy Thom, director of sound design at Skywalker Sound, says powerful auditory design goes beyond mere effects: “Sound design in film, like visual design, is entirely about manipulating the audience’s perceptions and emotions.” The prickling rise and fall of the Shepard scale may not always be as apparent as when Maverick pushes the limits of the Darkstar. Some frequencies are so low you can’t hear them, but they still affect you physically and emotionally. But that’s a sleight of ear illusion for another day.