The Science Behind Reindeer’s Color-Changing Eyes

It's not the magic of Christmas that turns their eyes from gold to blue. 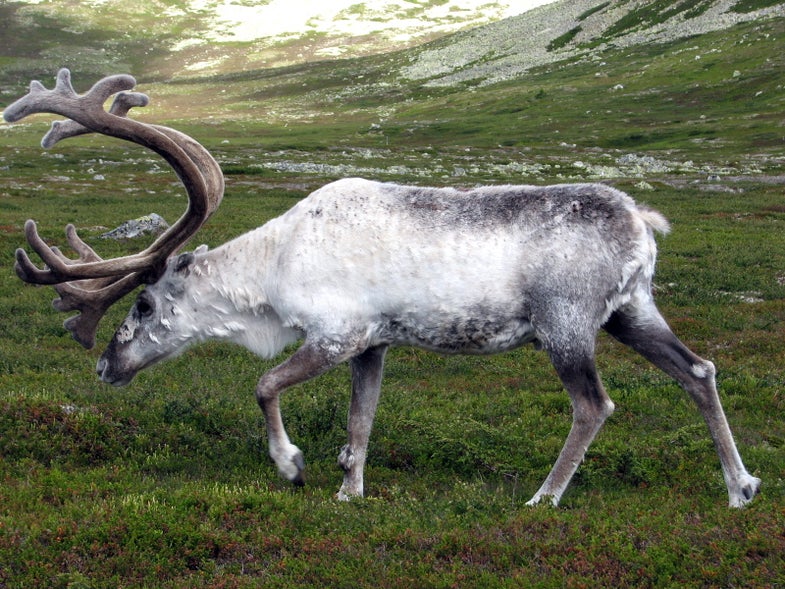 Winter in the Arctic is grim—day and night blur together for 24 hour stints without sunlight. Reindeer manage to survive these gloomy weeks thanks to a peculiar adaptation. As the days grow darker, reindeer’s eyes turn from gold to blue.

A study published earlier this year in the Proceedings of the Royal Society B journal explained the science behind reindeers’ changing eyes. The color change happens in the tepetum lucid, which is the layer of tissue in the eye that reflects visible light back through the retina. This is the same component of the eye that makes cats’ and dogs’ eyes seem to glow in the dark.

In the summer when days and nights are marked by nearly constant brightness, the eye tissue is tinged gold, which is common for ungulates such as reindeers. But once the darkness of winter hits, reindeer eyes change their hue to blue. The change of color is also associated with a reduction in light reflected, and an increase in captured light. The increased retinal sensitivity comes at a cost, though—the acuity of the reindeers sight is reduced, meaning the sharpness or clearness of what is seen is lower. But, just having the ability to see—no matter how blurry—could help the reindeer spot predators, or lead the way for Santa and his sleigh.