Making Someone Love You: Science vs. the Supernatural

Michael Busby is a Houston-area lawyer who has just filed a lawsuit against self-described psychic Melena Thorn, alleging that Thorn... 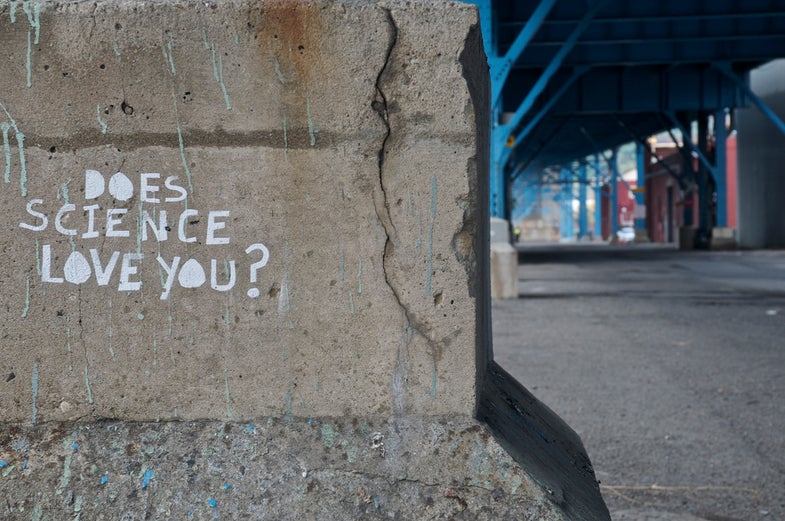 Michael Busby is a Houston-area lawyer who has just filed a lawsuit against self-described psychic Melena Thorn, alleging that Thorn defrauded him of $2,700, which he gave to her in cash with the promise that the money would be “cleansed” and returned to him, at which point he was to put the money under his bed in the hopes of reuniting him with his wife. Alas, the love spell was never meant to be, as Thorn claims she never received the money in question. This, dear readers, is why you must always get a receipt when handing a box of cash to your spiritual advisor. Remember: they’re the psychics, not you. They know what will happen to the money. You do not.

Love spells appear to be Thorn’s specialty, according to her website, which she has psychically transmitted to us from 1996. She is the #1 Love Spell Expert and Satisfaction is Guaranteed, according to just two of her very tiny certificate gifs.

Whenever I hear of a person contracting a psychic for a love spell, I wonder if those clients are psychopaths or if they simply haven’t thought through the hoped-for consequences of their actions. “Mary doesn’t love me, no matter how hard I try to convince her to love me. I guess it’s time to force her to love me.” When Beetlejuice or the Nazi in Raiders of the Lost Ark try to do this to women, they’re obviously villains. When lonely scientist Tate Donovan does it, he snags Sandra Bullock. Go figure.

Busby should have emulated Donovan’s Love Potion No. 9 character and taken a more scientific approach. While we have no proof that any supernatural curse or potion can force a person to love you, many psychologists have tried to isolate a few tricks that may work. For instance, Dr. Robert Epstein, psychologist and founder of the Cambridge Center for Behavioral Studies, has detailed some scientifically-verified tips for creating immediate attraction with the random stranger of your choice, such as standing two feet apart and gazing deeply into one another’s eyes, “trying to look into the very core of your beings.” Or, stand four feet away and move a little closer every ten seconds until you are as close as possible without touching. Epstein doesn’t mention this but I suspect it’s important to first tell the other person why you’re doing these things. Otherwise, you will never be allowed back in that TGI Friday’s.

Another exercise Epstein recommends for creating intimacy is writing down secrets on pieces of paper and swapping them with the other person. “You can continue this process until you run out of secrets.” Or just until you reach any secret involving fecal matter.

The vast amount of research on love and attraction is very interesting, but note that what is discovered in controlled settings doesn’t always translate to the real world. For instance, search YouTube for “pick-up artist” to see what horrors arise when scientific data is misunderstood and misapplied directly to the faces of hapless female victims on the street. While you may have laughed at the above TGI Friday’s joke, somewhere, a fledgling pick-up artist read that line while furrowing his brow and then quickly changed his plans.

Whether you’re using science or the paranormal, remember that forcing someone to love you is never going to be easy. People are complicated beings with something that at least resembles free will, and sometimes they just won’t like you very much. But don’t fret! Science may yet have the answer for you, and that answer is “virtual reality love bots.” Give it another 20 years of technological advancement and FDA approval, and you’ll never be lonely again.