And what really makes curly hair different than straight hair? 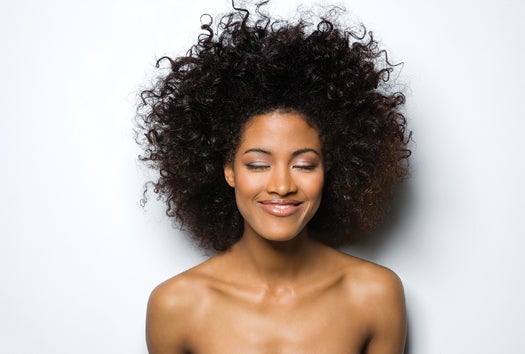 Why a strand of hair bends or falls the way it does may sound like a simple question, but the answer is rather convoluted. On one level, the texture of a person’s hair derives from his or her genes. A 2009 study looked at the genetics of waves and curls and reported a heritability of between 85 and 95 percent. (That means about nine tenths of the variation in hair texture within the sample could be ascribed to DNA.) How does this play out at the level of a single hair? Research shows that the curvature of a strand depends on the nature of its follicle. When a follicle is asymmetrical, the hair that it produces is oval in shape and tends to curl. When it’s symmetrical, the strand that emerges grows round and straight.

A curly hair can also be described according to its composition and structure. A research team based in Clichy, France, and working for the cosmetics firm L’Oréal, used electron microscopy to compare straight and curly hair fibers. The former were circular in cross section and symmetrical in structure. The latter, though, had an uneven distribution of a particular type of keratin. This protein—which, along with other varieties of keratin, serves as the primary component of hair—accumulated near the inside edge of a curled hair, beneath the curve.

Even if you’re born with symmetrical follicles, there are some ways in which straight hair can turn curly. Scientists have found that a cellular receptor called EGFR clusters on the outer root sheath of a follicle and appears to regulate the growth of hair. Certain cancer drugs that inhibit these receptors may cause a patient to develop curly hair as a side effect.

Ask Us Anything
genetics