FYI: What Would It Feel Like To Travel At Warp Speed? 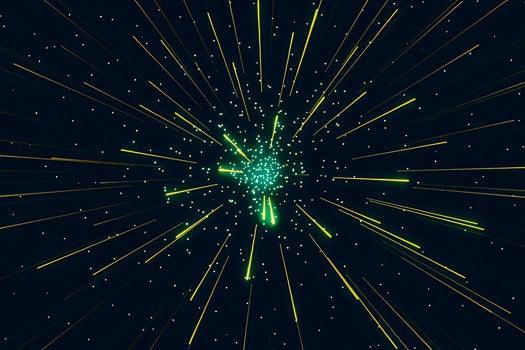 If it were really possible to build a warp drive, using it wouldn’t make you fly back into your seat as in a science-fiction movie. “Inside the spaceship, it would feel absolutely normal,” says physicist Dave Goldberg of Drexel University. “You would be weightless, of course, because you wouldn’t have any acceleration on you at all.”

That assumes you’re on the inside of what’s known as an Alcubierre Bubble—a hypothetical construct that could allow a patch of space to travel at many times the speed of light [see “Warp Factor”]. The crew of a spaceship that had entered such a bubble probably wouldn’t have any sense of traveling at warp speed—”once you’re in there, it’s the most blasé thing in the world,” says Goldberg—but crossing the bubble’s border would be gut-wrenching. It could be as violent as falling into a black hole: The space-time deformation at the edge of the bubble would create an enormous tidal effect, one strong enough to rip your bones apart.