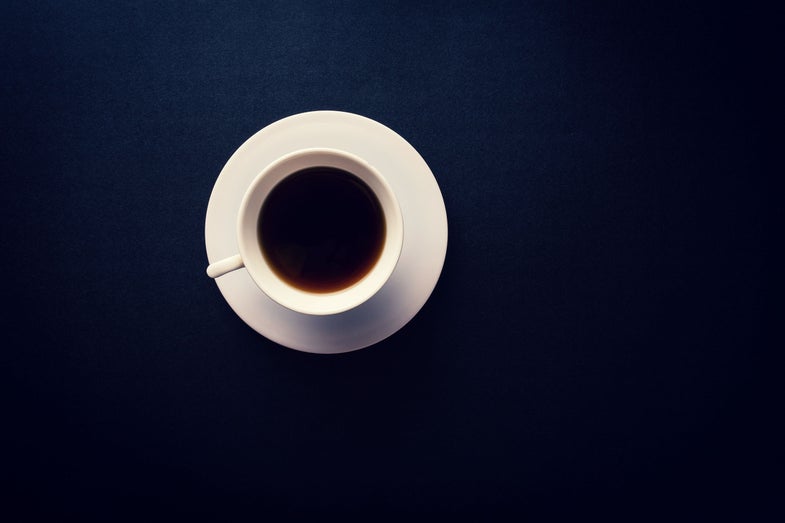 Erectile dysfunction can be hard. No, this is not a joke, even though that pun was absolutely intended. The simple fact is that ED can have psychologically devastating effects that we shouldn’t make light of. If folks are too ashamed to talk about these issues, they’re more likely to turn to things like male enhancement coffee.

Does that sound a little ridiculous? Yeah. But we’re not here to judge. People use jade eggs in an attempt to tighten their vaginas even though there’s zero evidence that they will do that. At least so-called male enhancement products tend to work—and not via the placebo effect.

Plenty of these supplements, be they coffee or RHINO 7 Platinum 5000—an absolutely real product that has a picture of a charging rhino emerging from a fireball on the packaging—work because they’re basically just Viagra. Minus the safety.

Where Viagra (and the other ED drugs) are regulated by the FDA, herbal supplements are not. Manufacturers don’t have to prove what’s in their product, or even that it does what it says on the tin. Plus, to get a prescription you have to go through a doctor, who should be checking to make sure Viagra won’t interact with other medications you might be taking. The CVS checkout guy won’t do that. He will silently judge your rhino pill packaging and send you on your way.

The FDA recently issued a recall for male enhancement coffee—just another in a long line of products found to secretly contain either real ED drugs or chemicals similar enough to get the same job done. This coffee had an ingredient similar to Viagra (plus undeclared milk, a common allergen). The story is, if not as old as time, at least as old as ED drugs.

Yes, these male enhancement products are so chemically similar to Viagra that they generally work. But that similarity means they can cause the same serious side effects and drug interactions. Viagra, like Cialis and other ED drugs, is what’s called a PDE5 inhibitor. That probably means nothing to you—it doesn’t to most people. So let’s back up for a second and talk about erections.

An erection is essentially just increased blood flow to spongy tissue in the penis, which causes it to become engorged and stiff. Sexy, I know. When the proud owner of a penis gets aroused, nitric oxide levels in the blood near the organ start rising, which cause the body to make more of a little molecule called cGMP that causes the vessels in the penis to let more blood in. So if you can’t get your cGMP levels up, you can’t get it up.

PDE5 is an enzyme that breaks down cGMP. That’s a normal process, because at some point you have to stop having an erection. The trick Viagra pulls is inhibiting PDE5 such that it can’t break down cGMP, leading to a buildup.

It’s not just prescription drugs that can block PDE5. Other chemicals, like the desmethyl carbodenafil found in the aforementioned coffee, look enough like PDE5 inhibitors that they act in the same way.

Heck, lots of supplements just straight up have Viagra’s active ingredient in them: sildenafil. Or they have tadafil, which is Cialis’ active ingredient. There’s a whole list that the FDA puts out of all the tainted supplements they’ve found. Many of the natural ingredients that these pills claim to contain are actually expensive to get, and it’s far easier to cut your product with a drug than it is to go deep in a remote jungle to find a particular type of tree that purportedly bestows raging erections. Viagra works just fine.

Plenty of these supplements might not be inherently dangerous, but because they aren’t regulated, we can’t know which ones are risky. Plus, without your doctor’s advice, you could have an interaction with another medication you’re taking. Nitrates are a commonly prescribed solution for heart problems that work by allowing blood vessels to dilate. Sound familiar? That’s also how Viagra works. And if you take both at once, a sudden drop in blood pressure could lead to a heart attack. Which we’re assuming isn’t really how you wanted the night to end if you started it by taking enhancement coffee.

More importantly, since you (and, let’s be honest, probably the company selling it to you) don’t know how the chemical works, you have no idea what it could do to your body. Maybe it does nothing and all you did was waste your money—but maybe not.

So please, please just talk to your doctor if you’re thinking of taking such a supplement. No pill is worth the risk to your health, even if it does having a rampaging rhino on it.