Fiber-Optic Transatlantic Cable Could Save Milliseconds, Millions by Speeding Data to Stock Traders

Traders used to all buy and sell stocks in the same crowded room. Everyone received information at the same time,... 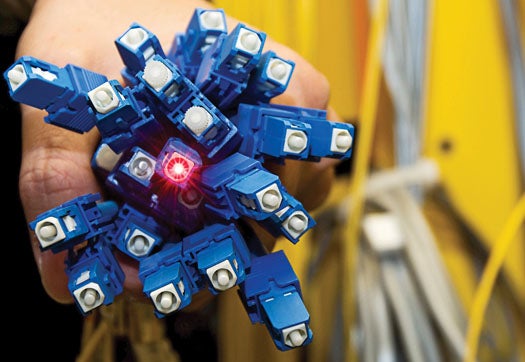 An electrical engineer holding a bunch of fiber optics, with a laser beam coming through one of them. Data is transmitted through these fibers. PSC0511_HL.
SHARE

Traders used to all buy and sell stocks in the same crowded room. Everyone received information at the same time, and the first guy to shout or signal got the sale. Today, using algorithms that exploit slightly different prices changing at slightly different speeds, and computers connected to exclusive fiber-optic lines that can buy and sell stocks within fractions of a second, high-frequency traders are able to buy low and sell slightly higher in virtually the same instant.

“A couple of milliseconds can roll out to a $20-million difference in [a trader’s] account at the end of the month,” says Nigel Bayliff, the CEO of Huawei Marine Networks, one of the companies laying down superfast fiber-optic lines.

Companies like Bayliff’s are looking for ways to shave time, and the easiest method is to build a more direct route. Last year, Mississippi-based Spread Networks opened a shorter connection between New York and Chicago that saved about three milliseconds and was estimated to have cost $300 million to develop. Huawei is working with another company, Hibernia Atlantic, to lay the first transatlantic fiber-optic submarine cable in a decade, a $400-million-plus project that will save traders five milliseconds.

To do this, Hibernia is laying nearly 3,000 miles of cable across the Grand Banks off Canada and the North Atlantic, a shorter route that most companies have avoided because it traverses relatively shallow waters. Undersea-cable companies prefer to work at greater depths; they can just drop naked cable down to the ocean floor. At less than a mile deep, though, they must bury armored cable to protect it from ship anchors, fishing trawls, dredging gear, and attacks from sharks, which are drawn to the line’s electricity. 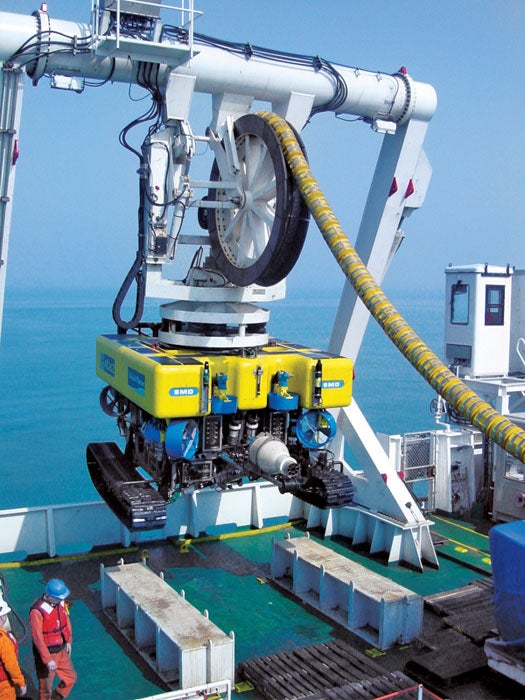 For all the money Hibernia and its clients will make from a 60-millisecond trip across the Atlantic, the installation will be slow. Crews on two ships, the Sovereign and the Cable Innovator, will deploy 24-ton ploughs to cut a trench up to six feet into the seabed, into which they will lay the cable. The top speed is about one mile an hour.

Each ship is outfitted with a dynamic positioning system that keeps it in place while laying cable, regardless of currents or winds. If something gets in the way, such as another submarine cable, the crews will use a remotely operated vehicle equipped with a pair of high-pressure water “swords” to break apart sediment. The ROV then uses a mechanical arm to bury the new cable underneath the obstacle and into the temporarily softened earth. “The seabed always throws up something unexpected,” says Stuart Wilson, the manager of cable-route engineering for Global Marine Systems, the company installing the Hibernia line.

Hibernia says its cable will go live next year, connecting it to Hibernia’s Global Financial Network, which has fiber optics running 15,000 miles between financial centers from Chicago to Frankfurt. But the New York-to-London line could be the company’s biggest draw, providing a competitive advantage of just five milliseconds—about the amount of time it takes a bee to flap its wings.