Why the GMO Debate Misses the Point: Part 2

Washingtonians are going to the ballot box today to vote on Initiative 522, a measure that would require food producers... 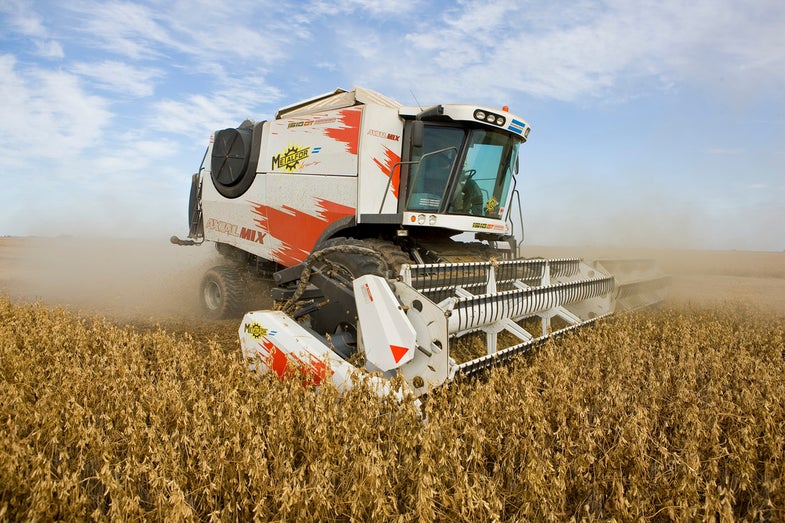 Washingtonians are going to the ballot box today to vote on Initiative 522, a measure that would require food producers to label genetically engineered foods. Sasha Wright, an ecologist and state native, offers her solutions to the GMO debate. This is the second part of a two part series. You can read the first part here.

So what is the solution to the GE debate? In my humble opinion, theoretical ecology has all the time in the world to develop the science of ecosystems, via trial and error. Consensus about how to grow food is more pressing, and involves multiple components.

1) Label all foods and let the public decide: GE foods should be labeled, but so should pesticide sprayed foods, synthetic fertilizer foods, and meats treated with antibiotics. The truth is: the modern food apparatus is a dirty business. It takes a lot of controls to maintain the food system as it currently stands. There may be uncertainty in the public about the safety of GMO’s, but we should fight that with a more balanced perspective. There is little uncertainty about the negative effects of eating pesticides. If a GMO allows for the reduction or elimination of pesticide use on a given farm, the public should be educated enough to know how to balance that decision: no pesticide on this apple, but it’s GMO. Which do I buy?

2) Stop selling the GMO debate as a solved problem. That’s not how science works. It’s irresponsible to act otherwise.

3) I’m coining the term “biodiversity solutions” here. We must use our understanding of evolution to design smarter solutions. Biological problems can never be solved by attacking a single target. By applying a single pressure to the system, the system will immediately and systematically evolve in the other direction. It’s like trying to stomp on a wet bar of soap. The pressure causes the bar to slip away. The same is true with modern agriculture. The more we use a single herbicide or pesticide resistant GE crop, the more likely it is that weeds and pests will find resistance. That’s just how evolution works. The truth is that seed giants have bioengineered traits to combat problems that almost exclusively arise from our reliance on monocultures. We can solve a lot of these problems by switching to growing polycultures. Higher diversity cropping systems can be more productive, more resistant to weeds, less susceptible to pests and less susceptible to drought. The biology behind the idea is simple: a diverse ecological community is resilient because it includes a variety of plants that use unique strategies for accessing soil nutrients and resisting environmental stressors. There may even be a unique niche for GE crops in this system.

An agricultural field filled with a haphazard mix of species may be a nightmare to harvest, but that certainly doesn’t mean that intermediate solutions aren’t available and worth pursuing at large scales (Davis et al. 2012). Acting otherwise would be foolish. Not to mention ignorant of the fundamentals of evolution.

When it comes to the GE foods debate, we are in the middle of an unproductive screaming match, and we’re missing the point. Regardless of genetic technologies, our over-investment in monocultures is draining investmentment from developing long-term sustainable solutions. Monocultures, will never be sustainable. We will always have to sink more money into crop development as weeds and pests evolve to combat single-targeted solutions. It’s a great business model for seed companies, but a horrible model for self sustaining agriculture. The debate should not be: Organic versus Gentically Engineered; but rather: Sustainable versus Unsustainable–which makes for a much more honest, worthwhile conversation.

Sasha Wright, PhD, is an ecologist at the Jena Biodiversity Experiment in Germany where she designs computer models to predict how biodiversity responds to climate change. She has studied vines in the jungles of Panama and plant biodiversity in the experimental grasslands of Minnesota. She teaches ecology and plant physiology at Sarah Lawrence College.