The Countdown to Android Brains is Underway

The Human Brain Project (HBP) is a staggering scientific enterprise, a multinational, multidisciplinary initiative with more than 1.2 billion euros... 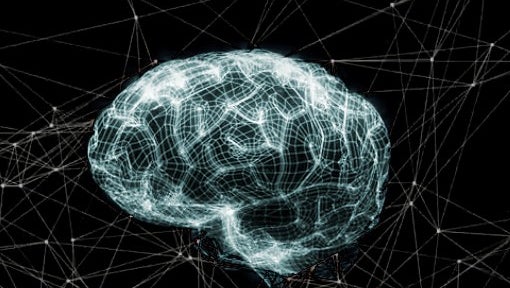 The Human Brain Project (HBP) is a staggering scientific enterprise, a multinational, multidisciplinary initiative with more than 1.2 billion euros in funding, and goals that include—but that are by no means limited to—creating a full, computerized simulation of a human brain. That’s every neuron, every circuit, and every synapse. And after more than a year of planning, the HBP officially kicked off on Monday at the Swiss Federal Institute of Technology in Lausanne, Switzerland. While the United States’ own ambitious BRAIN Initiative lies dormant, in the same politically-induced coma as countless other federally-funded research projects halted by the government shutdown, Europe’s attempt to build an artificial mind is off and running.

By now, if you’re anything like me, you might be preemptively glazing over, bracing yourself for the requisite sober-minded discussion of all the good this project could do, decrypting our thoughts by creating similar ones, and revolutionizing our understanding of the brain and all the neurological diseases that ravage it. Simulated drugs can be tested on virtual patients, and virtual suffering will lead to real treatments. That’s one perspective, and the more responsible one.

The other is to rejoice, for all of the android brains to come.

While some brain-related projects tack on a half-hearted robotics angle to their mission statements, wondering aloud as to the possible impact of a more thorough investigation of the brain on those who wrestle more directly with machine cognition and learning, the HBP is refreshingly explicit. The project began as a collaboration with IBM—it was originally called the Blue Brain Project, a reference to the company’s Blue Gene supercomputer—with every intention of looping its discoveries related to neurological data processing back into inorganic systems. But the 2012 report that maps out the project’s 10-year plan digs even deeper into the robotic virtues of creating synthetic thought.

One of the HBP’s six delineated research areas is neurorobotics, or the use of robots to demonstrate the kinds of principles and phenomena observed by neuroscientists and artificial intelligence researchers. With its neurorobotics platform, a planned set of hardware and software tools detailed in that report, the project hopes to “give developers the tools they need to develop robots with the potential to achieve human-like capabilities, impossible to realize in systems that do not have a brain-like controller.”

Again, this isn’t an ambiguous aside, designed to fire up the greater geek constituency. Here’s what the project wants to actually make happen:

That’s a comparatively humble initial goal, to create a kind of inverse Matrix, where a simulated robot gets a simulated brain, and is experimented upon in a simulated environment. So a fake robot that thinks like a person (or an animal) could be peppered with sensory input, or, who knows, have its limbs hacked off, and be tested and tortured in a billion other virtual ways, while every single facet of its artificial neurological activity is recorded, to an extent that wouldn’t be possible with an organic brain. That’s a far more advanced and more complex version of what some roboticists already do, though they have nothing like a complete mind in silico to work with.

But the HBP will go further towards the development of brainy robots—much further:

The project will provide specific tools to facilitate that transfer, from a simulated brain that can control a simulated robot body, to a simulated brain that runs a physical system. The ghost will take up residence in the machine. The results might be extremely rudimentary, with decades of work to go before they approach anything resembling full, human-like capabilities. But android brains, however halting and sputtering, will be here.

Jeff Krichmar, a neuroroboticist at UC Irvine, isn’t directly involved with the HBP (“I’m envious,” he admits), but he predicts that the initiative will have a seismic impact on the relatively new field of neurorobotics, and the even newer pursuit of neuromorphic circuits, that mimic the structure and functionality of our own neural equipment in order to boost processing performance. Krichmar previously worked on DARPA’s SyNAPSE program, which included creating synaptic connections between neurons. The HBP’s goal of making not just a virtual brain, but brain-like components for real, servo-packing robots, could usher in an unprecedented degree of autonomy and competence. “Robotic systems have made huge progress over the years, but they’re still very much brittle things, and tied to doing one task a time,” says Krichmar. A bot with a biological processing architecture, on the other hand, like what the project hopes to make possible by or near the end of its 10-year run, could adapt to new roles and situations, actively learning from mistakes instead of simply recovering from them. “This work will give us much better robots than anything currently out there,” says Krichmar.

Which isn’t to say the bots in Krichmar’s neurorobotics lab don’t learn—some play simple games with humans, and try to adopt the tactics used to beat them. Another is being conditioned to love or loathe specific colors, its internal processing betrayed by excited or wary camera movements. But these are marginal echoes of the thinking bots that the HBP promises to create, the ones whose circuits could begin to mimic the powerful parallel processing of our own brains, and whose thoughts would be human in design, if not in origin. They won’t just appear to love or loathe the world—they could, in theory, experience the actual emotional responses, in their own simulated way.

And while they’re feeling, and learning, humans will be recording those machines’ neural activity, and comparing the data to the ways in which people feel and learn. The goal, at first, won’t be to understand robots, but to continue exploring the methods and meaning of biological thought. That’s what’s so thrilling, though—in creating robotic stand-ins to get at our oldest existential questions, the Human Brain Project will create new ones. The first true android brains will be built for our benefit. But what happens next is anyone’s, or anything’s guess.