If you could put all the data in the world onto CDs and stack them up, the pile would stretch... 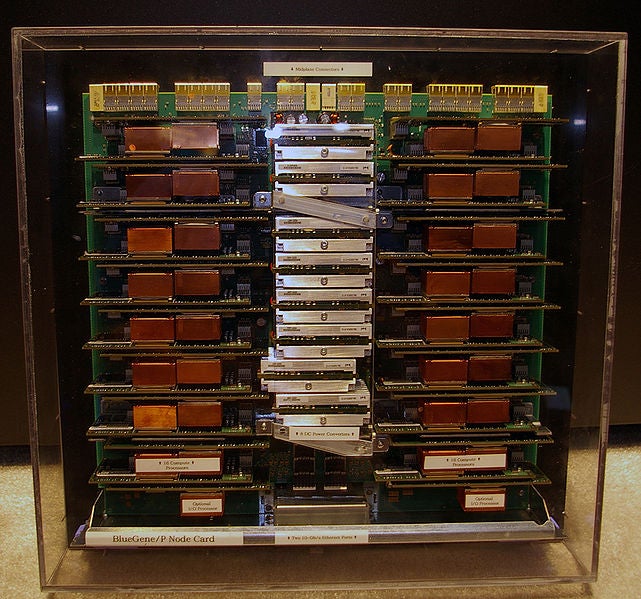 If you could put all the data in the world onto CDs and stack them up, the pile would stretch from the Earth to beyond the moon, according to a new study. The world’s technological infrastructure has a staggering capacity to store and process information, reaching 295 exabytes in 2007, a reflection of the world’s almost complete transition into the digital realm. That’s a number with 20 zeroes behind it, in case you’re wondering.

Martin Hilbert and Priscila López took on the unenviable task of figuring out how much information is out there, and how its storage and processing have changed over time. Some of their findings seem obvious, like the fact that Internet and phone networks have grown at quite a clip (28 percent per year), while TV and radio grew much more slowly. But others are more surprising, like the nugget that 75 percent of the world’s stored information was still in analog format in 2000, mostly in the form of video cassettes. By 2007, 94 percent of the world’s info was digital.

In 2007, all the general-purpose computers in the world computed 6.4 x 1018 instructions per second, according to the study. Doing this by hand would take 2,200 times the period since the Big Bang.

In 1986, the first year the team examined, 41 percent of all computations were still done by calculator, the researchers found. By 2000, personal computers were doing 86 percent of the computing; by 2007, video game hardware accounted for 25 percent of the work. On the whole, gaming consoles have more computing power than the world’s supercomputers, the study found.

Cell phones are catching up, too — they accounted for 6 percent of all computing in 2007. It’s worth noting that’s the year the first iPhone debuted, and a year before anyone could buy a mass-market Android phone, so it’s a fair guess this number has increased exponentially since then.

Hilbert and López surveyed more than 1,000 sources and sifted through an incredibly thorough 60 categories of analog and digital technologies, from paper to vinyl records to Blu-ray discs. In all, they say the world was able to store 295 trillion optimally compressed megabytes; communicate almost 2 quadrillion megabytes; and carry out 6.4 trillion MIPS (million instructions per second) on general-purpose computers.

If you sympathize, and feel a bit overloaded as this work week ends, remember that in the grand scheme of information, this is but a speck. It’s still smaller than the number of bits stored in all the DNA molecules of a single human adult, the authors say.

“To put our findings in perspective, the 6.4 x 1018 instructions per second that humankind can carry out on its general-purpose computers in 2007 are in the same ballpark area as the maximum number of nerve impulses executed by one human brain per second,” Hilbert and Lopez write.