Understand this and you'll be a master spearfisher. 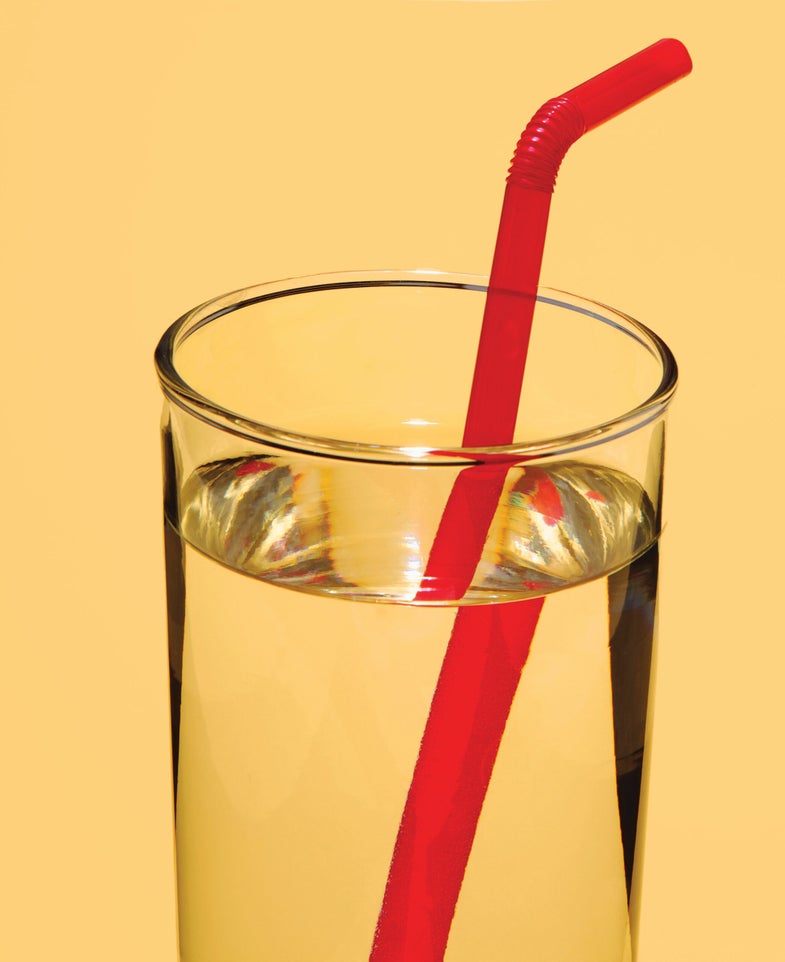 Place a straw in a glass of water, and behold: It looks broken. What’s tricking your brain?

Similar to this illusion, the light that reflects off the straw allows your visual system to process and identify its shape as it travels through mediums of varying densities. But as light passes from air into water, which is denser, it changes direction, or refracts.

Your brain can’t correct for these visual effects, so it decides on the location of the object (the straw) based solely on where the reflecting light is coming from. Above the water, the light reflects from the straw through the air and glass to your eyes. But below, when the light also travels through water, the refraction causes the image of the straw to be in a slightly different location. The water also acts as a type of magnifying lens, making the size of the straw seem larger than it actually is. To the brain, the straw appears broken (and bloated).

That’s why spearfishing is so hard to master. From far away, the fish you are eyeing always looks nearer to the surface of the water than it actually is. The key is to get as close to the fish as possible, without it seeing you. ­Otherwise, you go home empty-handed.