The War Over Your Future Driverless Car Service Has Begun 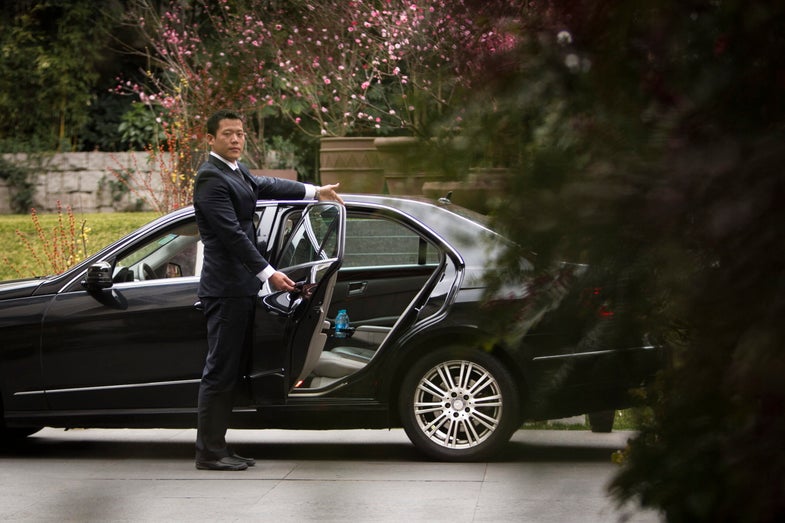 Even though Google’s driverless car only hit public roads last week (and reportedly already had a close call), another tech giant is already angling to pose as a competitor. Uber, the often-sued not-a-taxi app, just acquired 100 engineers and unknown “assets” from Microsoft Bing, Google’s mapping competitor, according to TechCrunch.

This transaction is the latest in a series of steps by Uber to prepare for a future of driverless cars, and signals a growing complication between Uber and Google, the latter of which is also an Uber investor through Google Ventures. On February 2, Uber announced it would partner with Carnegie Mellon University to develop robotic means for “safe, reliable transportation to everyone, everywhere,” in other words, self-driving cars. The very same day, news broke that Google is developing its own ride-sharing app, presumably to put its driverless car research to work.

Uber’s latest addition of 100 Microsoft engineers is no small move of intellectual property, and it’s a clear sign that Uber is looking to improve and expand its core services. Microsoft will no longer be collecting its own maps for Bing, instead leaving that to Uber, who also brought an ex-Google Maps leader on board this month. That former Google VP, Brian McClendon, will oversee Uber’s work at Carnegie Mellon, and will presumably oversee the numerous CMU robotics experts Uber is reported to have poached from the leading robotics institution.

Uber has a vested interest in driverless solutions. The company has been long-plagued with bitter legal battles from taxi companies and its drivers alike. Just this month, the California Labor Commission ruled in favor of a former Uber driver, granting her more than $4000 in business expenses. If other drivers come forward with the same claim, Uber could be forced to to reclassify its drivers as employees (they’re currently contractors), and potentially pay overtime wages, payroll tax and health insurance. Driverless cars obviously don’t demand the same type of equitable treatment as human drivers (at least not yet).

Uber has also been working on expanding its delivery service, acting as both a courier for food and packages. Right now if you’re in a few select cities, Uber can bring you food, and same-day merchant delivery might be on the horizon. Uber also has been testing a courier service, Uber Rush, in New York City. However, Uber Rush is a bike courier service, which might be more difficult to replace with driverless cars. Cars, by definition, do not have arms to deliver packages.