Watch An Engine Powered By Evaporation Drive A Car 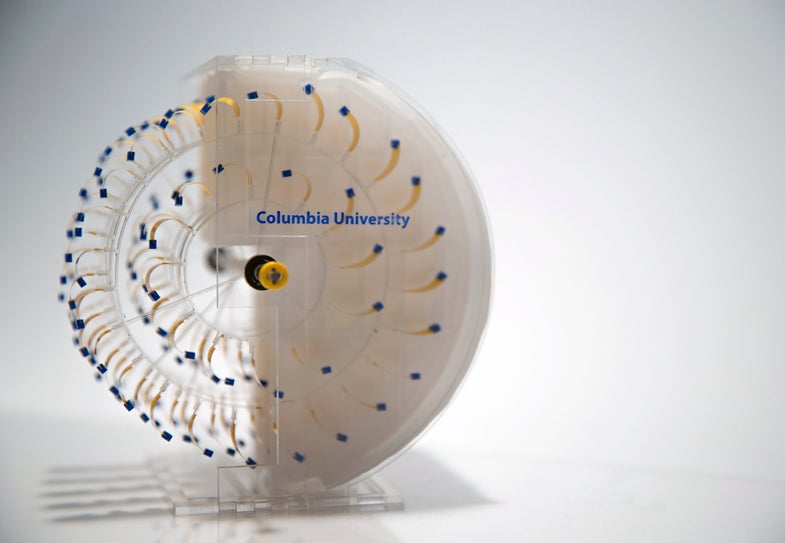 Evaporation is one of the givens here on Earth, right up there with death and taxes. At any given moment, water is evaporating from the ground or oceans and entering the air in massive quantities.

Now, some researchers think they may have figured out a way to harness that process to create an endlessly renewable energy source. In a paper published today in Nature Communications scientists at Columbia announced that they had figured out a way to build an evaporation engine capable of producing power. The secret? Bacterial spores.

In nature, bacterial spores expand when exposed to water, and contract as they dry out, a simple movement that the researchers believed could be harnessed into a machine.

The researchers attached bacterial spores to a flexible tape, creating what they called hygroscopy driven artificial muscles (HYDRAs). When exposed to water or humid air, the spores expand, stretching out the tape. When they encounter something dry, the tape contracts, bunching up into curved shapes.

So what can these HYDRAs do?

They can lift weights:

And even power a car:

Ok, it’s a toy car, and it goes very slowly. But it is still awesome. Eventually the researchers hope that they or others can develop more powerful engines using similar techniques, paving the way for technologies in the future that run on nothing but water. As the researchers say in a video explaining their new technique, that possibility is “very exciting.”