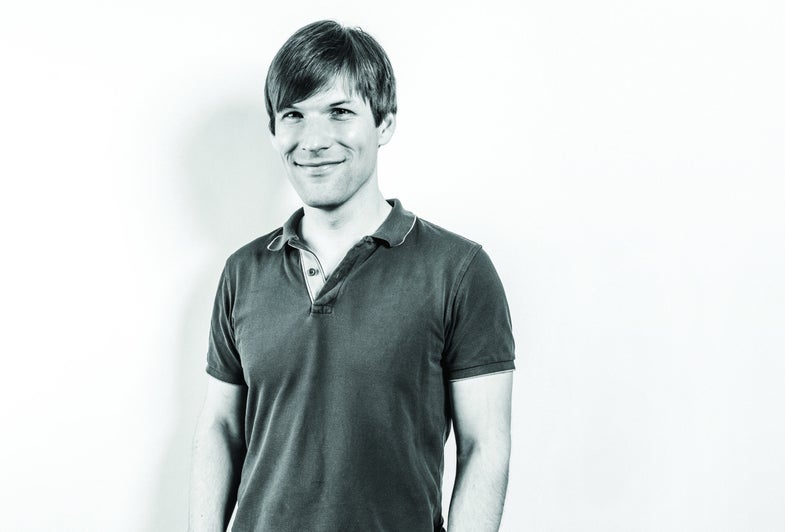 For the first time, in March, an autonomous car drove itself from San Francisco to New York City. How is that even legal? That’s the kind of question Bryant Walker Smith, an assistant professor of law at the University of South Carolina, tries to answer. He’s an expert on the legal implications of self-driving cars. Smith sees a future in which these vehicles all but eliminate crashes, transform liability, and make us look back in horror at the risks we once took on the road.

People ask me, ‘Are you concerned about self-driving cars?’ And I say, ‘Yes, but I’m terrified of today’s cars.’ Thirty thousand people die every year on U.S. roads, and over a million are injured. Ninety-four percent of those crashes are caused by human error.

With self-driving cars, decision-making will no longer exist in real time. It’s going to shift from a driver sitting behind the wheel, reacting impulsively, to teams of designers sitting behind computers, deliberately anticipating situations the vehicle may need to deal with. A lot of the liability will probably transfer to companies–the manufacturers, designers, and suppliers of the various driving systems. They’ll likely be responsible for a greater share of the (hopefully much smaller) pie of total crash costs.

Cars will learn from experience too–they’ll share enormous amounts of data with one another, getting collectively smarter over time. As with cellphones and the Internet, people will accept the technologies’ benefits for some perceived loss in privacy. Far in the future, you’ll get into a truly self-driving car and say, “I want to go to a good restaurant,” and you may not know, or care, where it’ll take you. We’ll still be vulnerable, just in a different way. A hacker could infect an entire model of car or corrupt a map or interfere with real-time vehicle communications in traffic.

The question now is, how much of that risk are we willing to take in order to advance a technology that could potentially save a lot of lives?”

This article was originally published in the June 2015 issue of Popular Science, under the title, “Bryant Walker Smith On The Future Of Self-Driving Cars.”