The animal world is awesome and gross 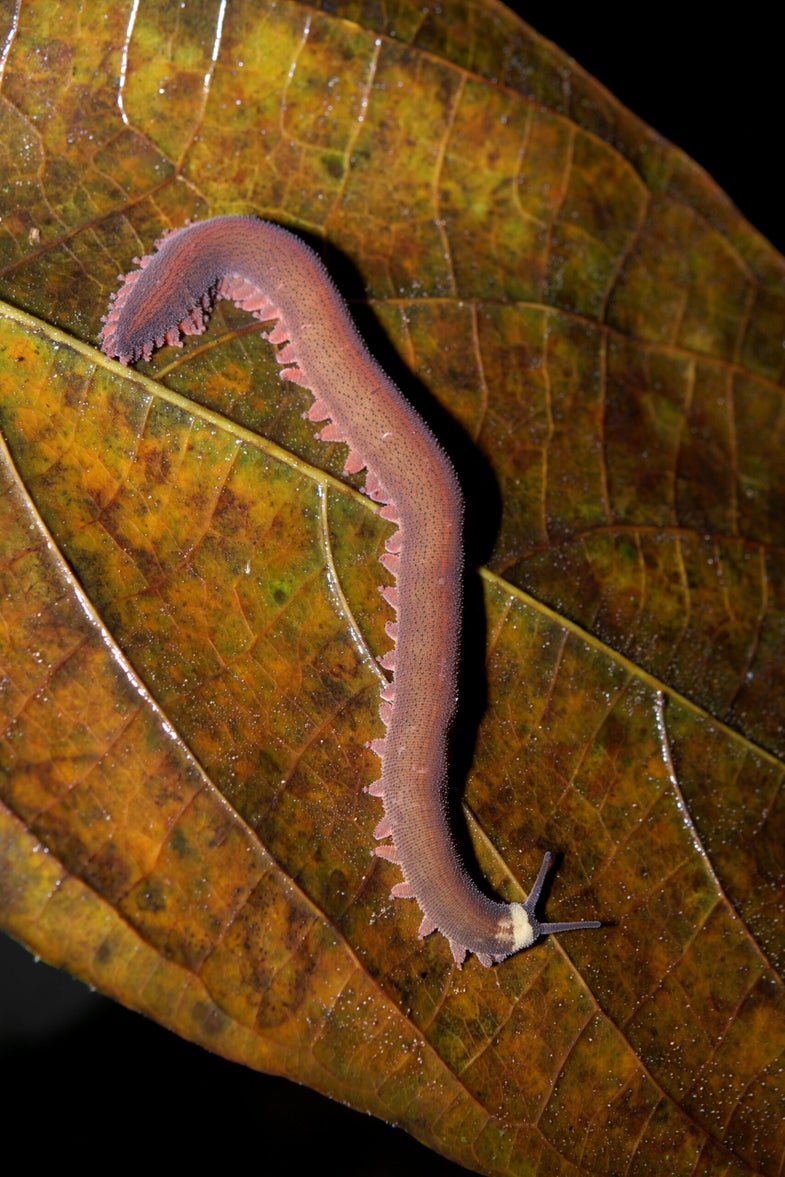 Some days you just need a reminder of how gloriously gross science can be. Remember studying mealworms in middle school? Velvet worms are so much cooler. They live in the tropics and have soft, velvety bodies with weird conical feet that look like something an animator dreamed up. And, they hunt their prey using slime.

More specifically, they use streams of slime that shoot out of their head to capture bugs. It’s nature’s version of Ghostbusters. But until now, scientists weren’t quite sure how the little worms managed to send out those jets of slime so far and in so many different directions.

In a new study published today in Nature Communications scientists think they’ve found the answer. Instead of waving their head around to get the slime where it needs to go, the worms let the slime do the work.

In a velvet worm’s body, the worm generates slime and stores it in a reservoir. When it’s ready, it squeezes it out like a syringe through papilla, microscopic spigots on the body that are flexible, kind of like an accordion. 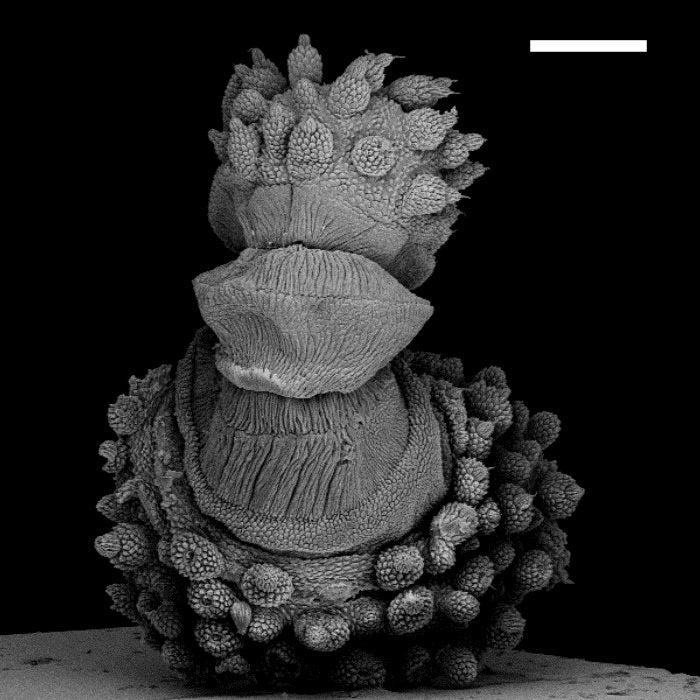 A scanning electron image of the slime papilla of a velvet worm. For scale, the white bar at the top is 100 microns.

The researchers found that the worms didn’t control the direction of the papilla directly. Instead, they just shot slime out through the papilla, and the speed of the slime through the small opening was enough to make it oscillate, like water speeding through an “unattended garden hose,” as the authors noted in a press release. To prove the point, they built a tiny replica papilla out of an elastic tube and sent water through it to see at exactly what speed the liquid would have to travel to start the tube moving. In their experiment, the water started moving the tube around when it got to a speed of 8.6 meters per second (or 19.2 miles per hour). You can see that video below.

And here’s the researcher’s footage of a velvet worm shooting slime everywhere. Watch it, for science.