Is it safe to take expired medication? 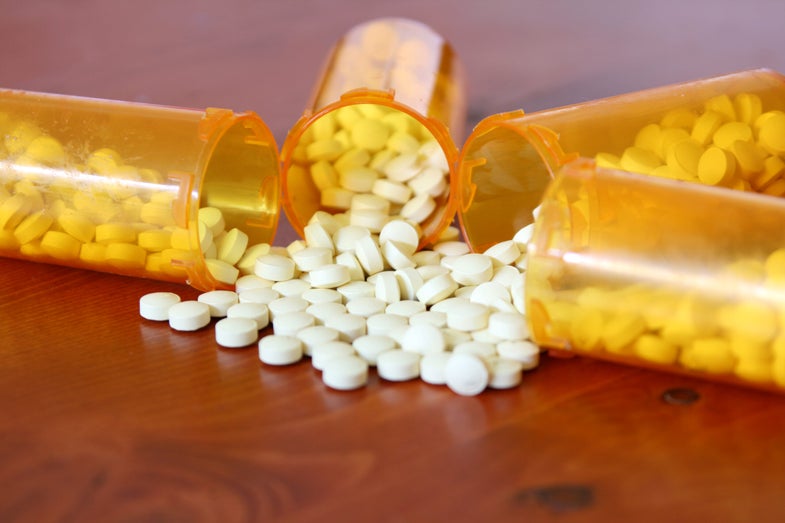 This story has been updated. It was originally published on September 12, 2017.

The bottle of NyQuil always seems to be grimy, faded, and buried beneath layers of toiletries when you come down with a sudden cold. Tired and sniffling, you peer at the label. The medication expired six months ago. At that moment, it’s easy to question the number printed on the bottle: How solid is that expiration date, exactly?

Gina Bellottie, a professor of pharmacology at Thomas Jefferson University in Philadelphia, says that, as a general rule, people shouldn’t take drugs past their expiration dates. But whether or not those dates set in stone, she says, is a loaded question.

The Food and Drug Administration (FDA) requires that drug companies put an expiration date on all prescription and over-the-counter medications. The date that gets stamped in is the result of numerous tests run before the medications even hit the market: Researchers store the drugs under the recommended conditions (room temperature or refrigerated), and check them over time to see if their potency remains intact or if their chemical compounds break down. But companies don’t keep an eye on the drug forever, so if the medications still work until the end of the test period—which is usually between six months and two years—drug makers call it a day. That makes the resulting expiration date simply the last point where the company has data.

“Beyond that date, the drug company doesn’t guarantee it,” Bellottie says. And without further testing, she says, it’s impossible to know if a drug will continue to work just as intended.

But some recent evidence suggests at least some drugs might still be okay. In 2017, ProPublica published an in depth investigation into the research and policy on drug expiration dates, noting that when expired medications are tested, even years later, many of them still retain their potency. The inquiry found that piles of expired drugs, with price tags of thousands of dollars, are thrown out every year, even though testing shows that they work just fine.

But until drugs actually go through longer testing regimens (and there’s nothing to suggest they will anytime soon), day-to-day medication management practice stays the same. “In terms of what I would recommend for one of my patients, it doesn’t change,” Bellottie says: Don’t take an expired drug without checking with a pharmacist first.

A multitude of factors, like storage conditions or the time since the container was opened, could impact the safety and potency of a drug, says Bellottie. It’s possible some drugs may be okay years later, but it’s difficult to say which of those would be without further testing.

If you absolutely must take an expired drug, Bellottie advises against taking one for a life-threatening problem. “For some drugs, the only risk would be well, maybe it won’t work as well,” she says. “If you have a headache, maybe that’s not a big deal. But if it’s for an emergency problem, there’s a risk when a drug doesn’t work the way it’s supposed to.” Further, she says, old medications, especially if they’re open, and especially if they’re liquid, could also become contaminated after a long period of time.

When in doubt, she says, just throw the entire contents of the medicine cabinet into a bag and take them to the nearest pharmacy. The pharmacist can tell you what’s okay to keep taking and what’s not—and let you know about any possible drug interactions or side effects to boot.