What to do if you see fake news on Facebook

Plus, what to know about the Iranian influence report. 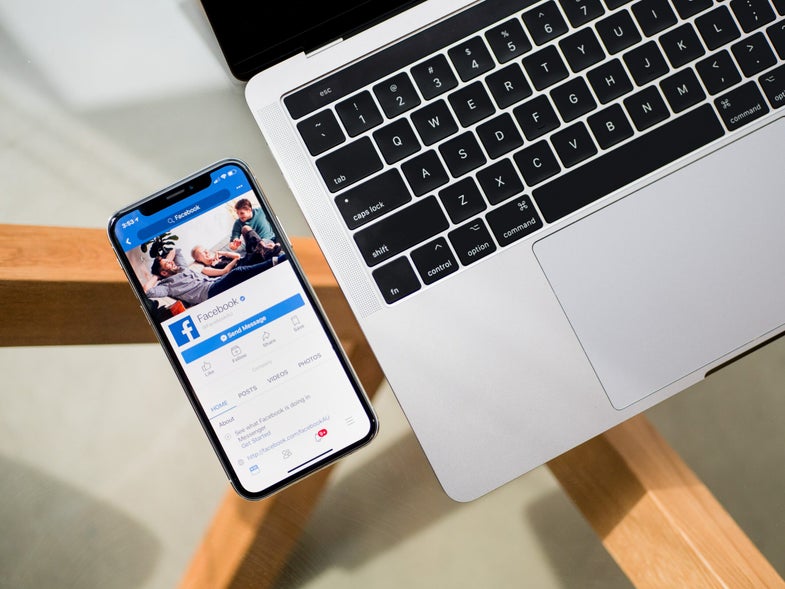 Facebook and the intelligence division of a cybersecurity company called FireEye have pointed their fingers at a new global actor involved in the spread of what they’re calling “inauthentic” behavior or news: Iran.

In fact, Facebook announced this week that they have shuttered more than 600 accounts, pages, and groups that the social network says are tied to Iran, meaning that the Middle Eastern country joins Russia as implicated in the spread of false news and manipulation via American social media. It’s an issue that will only gain in importance the closer the midterm elections become, and while it seems like an uphill battle, there are still steps you can take.

This is what to do if you come across posts or accounts you think may not be what they seem to be, as well as what to know about the latest report.

What can you do?

Facebook already has published advice focused on helping people identify news that could be fake. A suggestion like “Be skeptical of headlines” is common-sense guidance if you see sensationalism, but others—like “Investigate the source” and “Watch for unusual formatting” are good reminders to do just that.

Instead of reposting something you’re skeptical of and thus promoting it further, a direct way to take action is by reporting something you see on Facebook through the social media platform itself. At the top of posts, and to the right, are three dots. Click on them to find an option that says “Give feedback on this post,” and from there, you’ll find choices like reporting the posts as “Hate Speech” or “False News.” A similar option called “report ad” exists with advertisements. (And keep in mind the reported existence of a system Facebook uses to score its users, according to the Washington Post, so don’t just flag something as fake if you dislike the point of view.)

Lee Foster, a manager in the information operations analysis division at FireEye, which investigated the Iran issue, suggests that the first step is actually simply awareness. “It’s important for people to acknowledge that there are actors out there that do seek to either manipulate them or influence them or shape their attitudes,” he says. “They have to understand that they may be a target audience for this kind of activity.”

And Shuman Ghosemajumder, the CTO of Shape Security, suggests taking an almost detective-like approach to the issue. “If you see a link on Facebook from an account you’ve never heard of before, linking to a news site you’ve never heard of before, those are all telltale signs that maybe you shouldn’t trust this content,” compared to a link from a mainstream news site shared by a friend, he says.

You can still explore a post like that with a skeptical eye without even clicking on the article’s link. He suggests analyzing factors like “the pattern of comments” on the post, or seeing if all the commenters might all be part of the same Facebook group. Ghosemajumder advises even looking critically at the profile photos themselves, and wondering—could that profile photo be simply stolen from someone else?

“Of course, the problem is, who has time to do all that?” he adds.

What happened in this case

According to FireEye, the problem involves sites or accounts tied to Iran; they say they have “moderate confidence” in that conclusion. (This is the full report.)

“What we found in this specific context, was a network of inauthentic news sites—and by inauthentic, we mean sites that mask their true origins and affiliations—as well as various clusters of affiliated social media accounts that appear to have been used to promote material from these news sites,” Foster says.

A good example is a site called the Liberty Front Press, which describes itself as “an independent media organization,” but FireEye thinks may have emanated out of Iran. Glancing at the “About” page for Liberty Front Press reinforces Facebook’s advice to consider the formatting of a page.

The goal of this kind of online activity was, generally speaking, “to promote themes and attitudes inline with Iranian political interests,” Foster says, adding that the angles behind the activity in general was pro-Palestinian and anti-Israel and anti-Saudi Arabia.

Additionally, there were fake social media accounts masquerading as individuals in the form of “rudimentary personas,” he says. These were accounts with a profile photo, a job occupation like “journalist” or “lawyer,” Foster says, who were “posing, quite often, as left-leaning Americans.” Accounts like these were created for “promoting Liberty Front Press content.”

Facebook said on Tuesday that they were able to connect the Liberty Front Press network to “Iranian state media” and have since closed 70 Facebook accounts and 74 pages, plus 76 Instagram accounts, linked to that network. Facebook says the total number of accounts, pages, and groups they have shuttered connected with Iran is 652.

Foster says the issue is wider than just Facebook. “This is actually something we see on multiple social media platforms,” he says. “This isn’t a problem that’s specific to any one particular platform.”

For example, Google says it has shut down a small number of accounts related Iran. And a search suggests that the Liberty Front Press also had a Twitter handle, @libertyfrontpr.