Get ready for a lot more facial recognition at the airport

The TSA knows our phones have made us more comfortable with biometric tech. 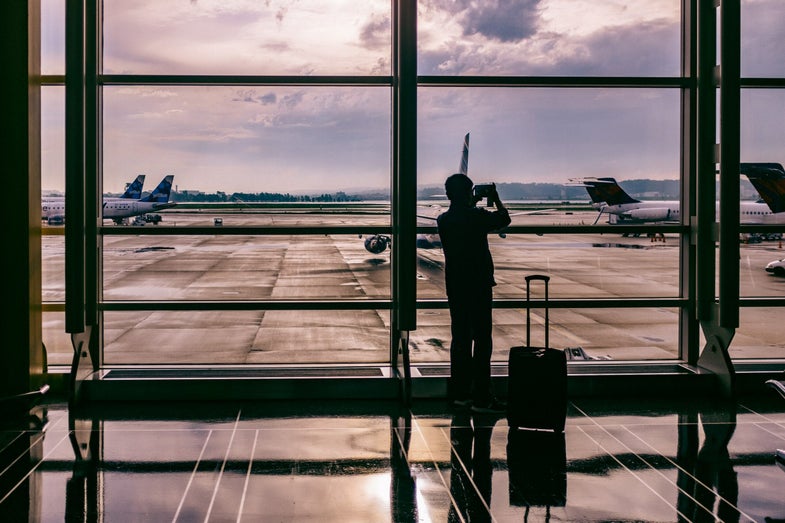 Your face is poised to become an important document as you pass through an airport on your way to a flight. JetBlue already offers facial recognition as a way to demonstrate your identity when boarding a plane on routes such as Fort Lauderdale, Florida to San Jose, Costa Rica. While that’s just one specific airline and a process that happens at the gate, on Monday the TSA announced a plan for how it will increase its use of biometrics—a term that refers to using elements of your body, like fingerprints or your face, to prove who you are—in airports in the United States.

The first step is to roll out biometric security for international flights. That’s where JetBlue is already using facial recognition screening with destinations like Aruba: a camera at the gate compares the image it captures with one that Customs and Border Protection already has one file. For that reason—since CBP will have access to images from passports, for example—focusing on deploying facial recognition tech internationally makes sense. The TSA began testing out a system like this at the international terminal at the Los Angeles airport in February.

And soon, the TSA says that they will “launch the first biometric terminal that uses facial recognition to automate many processes in the travel experience, from self-service bag drop, to ID verification, to boarding a flight.” The project includes Delta and the CBP and is scheduled to happen this month at Atlanta’s international airport.

Next, the TSA aims to concentrate on using biometrics for people in its Pre✓ program; those passengers submit their fingerprints and, going forward, photographs, when they join. After that, they’ll look for ways to get other domestic travelers, who may not have their fingerprints or passport photos on file, on board.

All of this means that cameras and algorithms will play an increasingly important role in airport travel, while humans and their gray-matter-based judgment will take a backseat. For instance, instead of handing a person your license or boarding pass, you could scan it and then have a camera look at you to see if the two match. Ideally, a system like that makes the experience faster and more secure. And since the TSA handles more than 2 million people daily, the agency is keen on finding ways to make the process flow as quickly as possible.

The TSA thinks travelers will embrace the idea because smartphone makers have already helped get people comfortable with the concept. In fact, the TSA cites a “cultural shift” as one of the reasons biometric security is a good idea—after all, people are already used to unlocking their phones with their faces. “TSA can take advantage of this trend and adopt passenger-friendly solutions that enhance security and address traveler demand for self-service options that minimize direct interaction with government and airline personnel,” the agency writes [PDF]. Put another way: people will be cool with facial scanning if it means not talking to another human.

It’s a shift that Marios Savvides, who directs the Biometrics Center at Carnegie Mellon University, thinks is a good one. After all, the TSA agent inspecting your driver’s license and then looking at your face is simply “employing his human facial recognition system,” he says.

Meanwhile, he says, companies like Apple—which first offered a fingerprint sensor on its phones back in 2013, and now Face ID on phones as of last year—have prepared the public for it. “They’ve overcome a big negative stigma that Hollywood for decades has enrolled in our brains,” he says, citing films like Minority Report. “We have this negative view of biometrics always being evil.”

And interestingly, he says people tend to still think of the term “biometric” as bad, even as they use Face ID on an iPhone. “We don’t want to hear that word,” he says. “But we’re ok with computer systems recognizing who we are by using their sensors.”

Ultimately, if technology helps streamline airport security, that is “what biometrics was always meant to be,” he says. That said, systems like this aren’t perfect, and could be tripped up if part of the face is hidden behind a medical mask, for example. And authorities will need to make sure that the facial recognition system isn’t “spoofable,” he says, by masks that alter someone’s identity.