Medieval Norse cryptology was more about love than war. 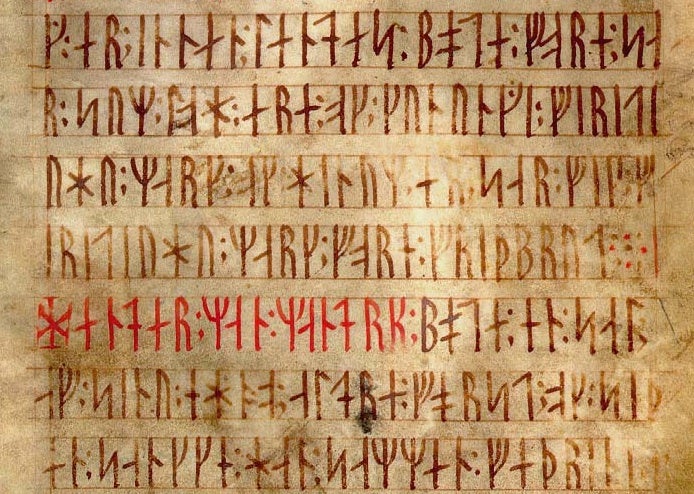 For years, researchers puzzled over codes they saw carved into 13th-century Viking inscriptions. It’s not that researchers don’t know how to read Norse runes—they do. But about 80 existing fragments of runes seem to be encrypted. Are they secret messages, carved into bits of wood and rock? Are they magic spells??

Researchers had deciphered a couple of the codes before. Now, one doctoral student in runology says he’s cracked several more. It turns out cryptology was kind of a game for the Norse. Young Vikings played with codes while they were learning to write, University of Oslo student K. Jonas Nordby thinks. The Vikings also put codes to other good uses. Nordby decrypted one wooden stick to find it said, “Kiss me.”

“People challenged one another with codes. It was a kind of competition in the art of rune making,” Nordby told Science Nordic. “This testifies to a playfulness with writing that we don’t see today.”

Science Nordic has plenty of examples of that playfulness. Check out the long stick showing a row of bearded men. The number of lines in each man’s beard indicates which rune he stands for. Many of the messages Nordby deciphered just ended up being teenagers horsing around, telling “tall tales about treasures and their own sexual prowess,” he said.

Yoww. Time to send a little message to your own Valentine?