"Vibraimage - system that can do anything in human detection!" 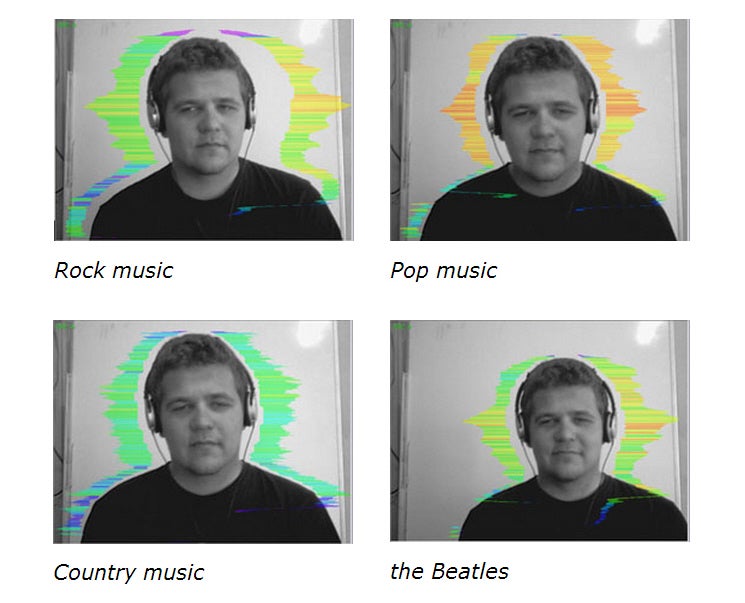 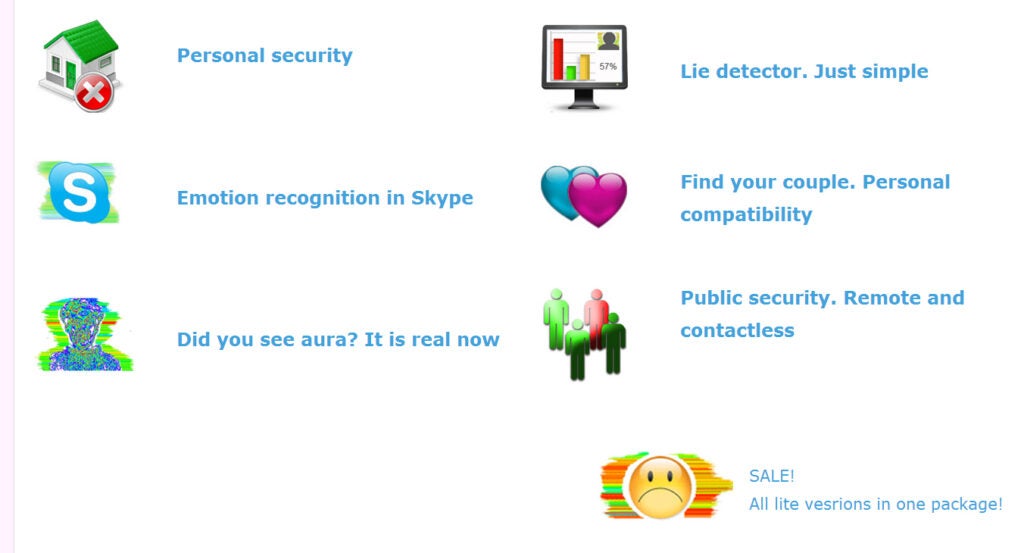 Nothing says “totally not a scam” like smiley faces announcing a sale.

The Sochi Winter Olympics are a major international event, costing billions of dollars to put on and showcasing the finest athletes from 88 nations. According to the New York Times, visitors to Sochi are electronically screened by a “sophisticated system that gauges emotional state in an effort to identify potential terrorists. The system, developed by Elsys Corporation, a Russian company based in St. Petersburg, uses computer analysis of live video images to measure tiny muscle vibrations in the head and neck known as vestibular-emotional reflexes. Called VibraImage, the system is part of the effort by the Russian government to protect the Olympic Games.”

This is what Elsys, the Russian company behind VibraImage, promises:

This gobbledygook, as summarized by the New York Times, says that VibraImage “will detect someone who appears unremarkable but whose agitated mental state signals an imminent threat.” A research paper, on Elsys‘ site references Darwin and Aristotle, before claiming that “that head balance for person without consciously movements could be considered as isolated thermodynamic system and any internal energy as emotion would change the balance of this internal system and realized by movements or vibrations.” The site’s visualization of the process is visible at right.

And below is the kind of picture that the VibraImage technology returns.

Apparently, a person also generates different movements and vibrations depending on the music they listen to, and VibraImage can detect that aura.

Elsys makes another product, called E-Monster. E-Monster is a program that promises to “show facial image of person changed by emotions. You could detect monsters by this program even if person is hidden emotions under the mask of normal face.”

Elsys promises that, “more changes of emotions give more changes from human to monster. When person emotions are normal the program image is identical to standard video image,” which is neat, except that it’s also totally meaningless. This is a bad video filter on a normal face purporting to be “monster detection.” It’s a scam at best.

More than anything else, these resemble the ADE-651, a $20 novelty golf ball finder repackaged and sold to Iraqi security forces as a high-tech bomb detection device, despite no evidence at all that it worked, and very clear evidence that it didn’t. In the best case scenario, VibraImage is an expensive scam that goes down as just one corrupt piece of many in history’s most expensive Winter Games ever. Worse, people relying on it for security instead of something that works could miss something big, and the ensuing mistake could cost lives.