Tickle experiments reveal what a happy rat looks like

It's all in the ears 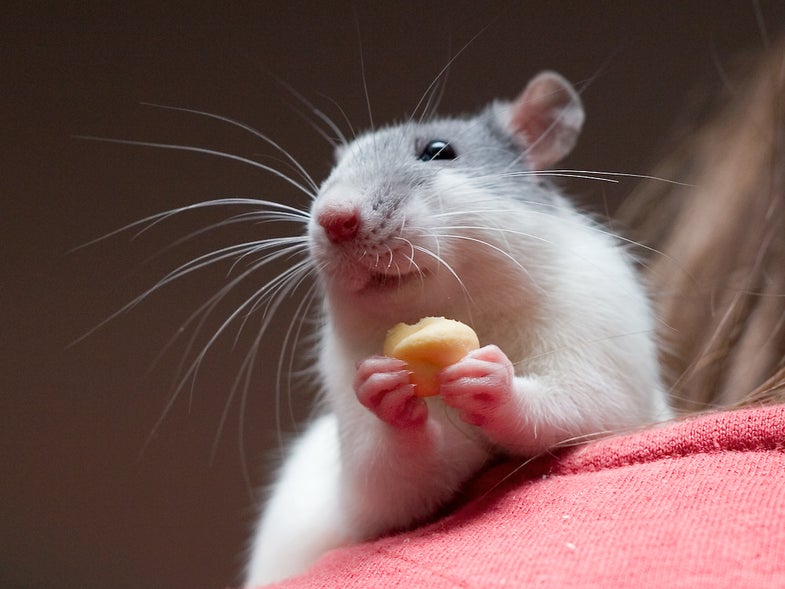 When researchers tickle rats for science, everybody wins.

Although scientists know how to read rats’ faces for pain, aggression, and fear, they’ve paid little attention to identifying positive emotions. But there are plenty of reasons to want to know what a happy rat looks like: In addition to helping scientists monitor lab animal welfare, these cues could help out in studies where positive emotions might be relevant—such as in testing a depression drug, for example.

Which rat is happier?

Wider-angled (relaxed) and pinker ears denote happiness in rats. So the rat on the right is probably more anxious than the rat on the left, which has just been tickled.

A team at the University of Bern in Switzerland set out to see if they could identify positive emotions in rats. Fortunately, rats are ticklish. And when they’re really enjoying getting tickled, they’ll let out high-pitched giggles and literally jump for joy.

Listening to white noise, on the other hand, is mildly unpleasant for rats. By comparing 15 rodents’ facial expressions during tickling versus while listening to that static, the scientists were able to identify the Rattus equivalent of a smile.

When a rat is happy, it turns out, his ears will become pinker and they’ll relax so that they lie flatter against his head, as opposed to being forward and at attention.

The researchers tested both one-handed and two-handed tickling techniques.

[PLOS One Via the Verge]