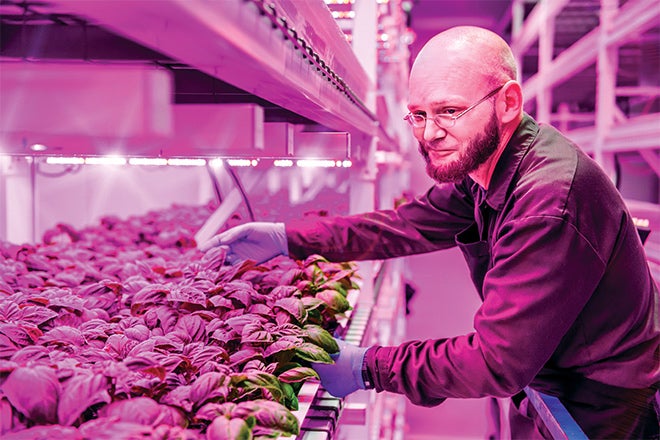 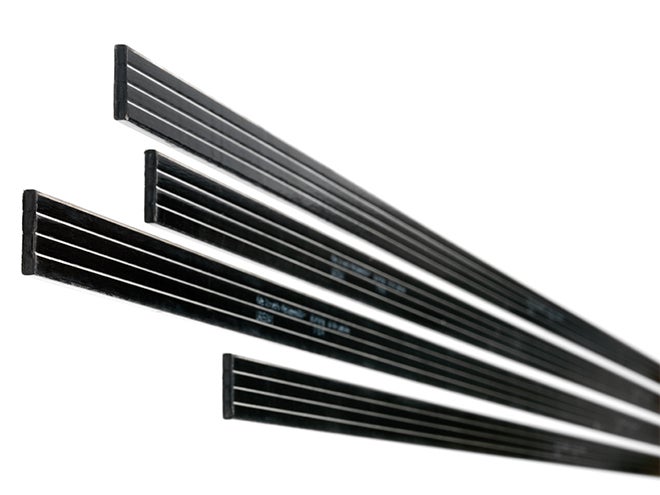 A cable that will reshape skylines

Of all the physical constraints that dictate our cityscapes, perhaps the most counterintuitive is the elevator cable. Very long standard cables become too heavy to haul, a limitation that restricts the height of buildings. But UltraRope, a new cable with a carbon-fiber core and high-friction coating, could double elevator heights to 3,280 feet. UltraRope weighs 80 percent less than a standard cable, with no loss in strength, and designers are already using it to build higher than ever; with UltraRope, the elevator shafts in the new Kingdom Tower in Jeddah, Saudi Arabia, will reach a record 2,165 feet. The lighter material also helps new buildings reduce energy consumption by up to 45 percent. 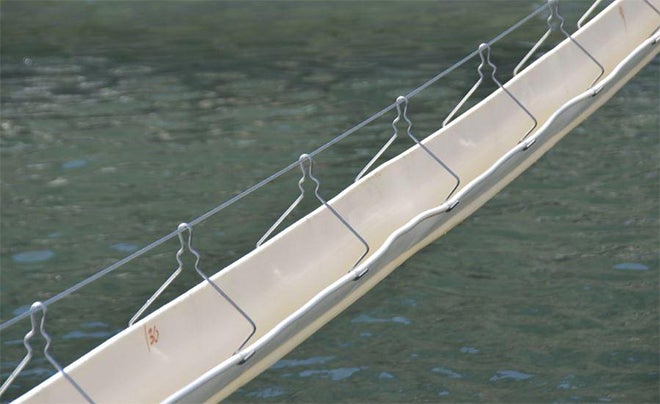 A fish ladder for any dam

Originally developed to harvest soft fruit, Whooshh is a low-cost solution for dams that don’t currently have fish ladders. The animals enter a soft, flexible tube of thermoplastic material, nicknamed the Salmon Cannon. It works like a vaccum, using low pressure in front of the the fish and higher atmospheric pressure behind to suck it through the tube. The fish can travel more than 500 feet, and at angles as steep as 40 degrees. The Salmon Cannon can handle 1.5 fish per second, and moves them in single file, making counting them easier. Scientists with the Yakama Nation Fisheries are testing the Cannon for the first time in the wild in Toppenish, Washington to see if it’s possible to use in water-scarce areas to aid fish through dams without impacting surrounding agriculture. 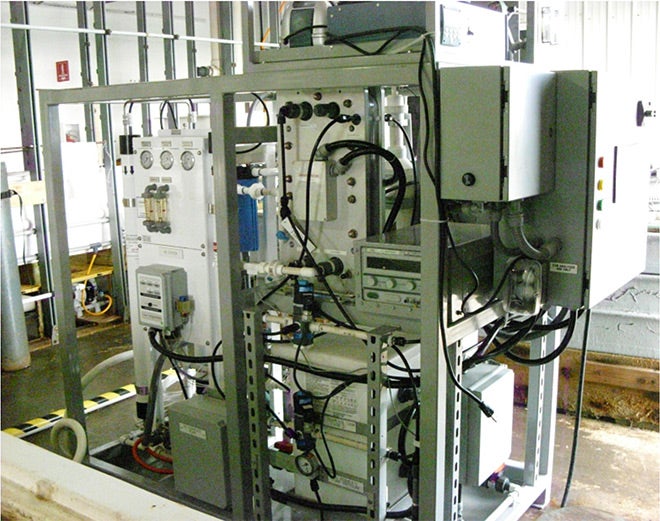 A ship that can make fuel from the sea

The U.S. Naval Research Laboratory developed a process to extract the carbon dioxide and hydrogen in water and turn them into liquid hydrocarbons. A nickel-supported catalyst reaction then converts them into the ingredients for commercial-grade fuel, at a cost of $3 to $6 a gallon—on par with the current price. The Navy has already tested a prototype in the Gulf of Mexico, and within 10 years, specially fit ships could be mass-producing their own fuel. 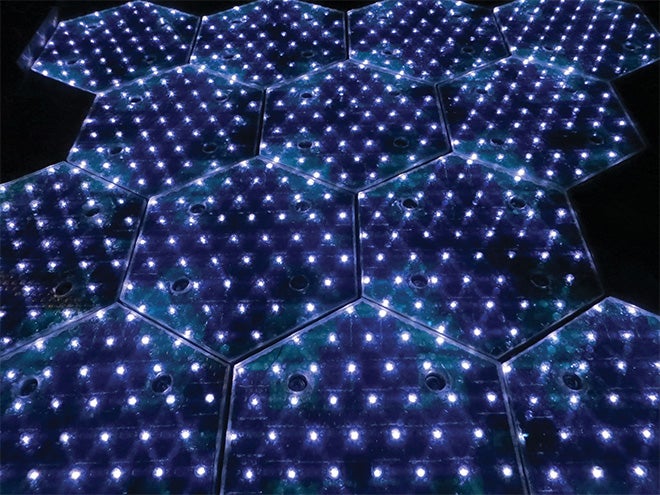 Solar Roadways has taken the first step to creating the world’s largest solar panel: The company uses tempered glass and photovoltaic cells to create intelligent, energy-harvesting pavement, complete with built-in heating elements for melting ice and LEDs for signage. The technology is still in its infancy, but with funding from the Federal Highway Administration and an Indiegogo campaign, the company finished a prototype parking lot in Idaho earlier this year.

This year, Green Sense Farms (GSF), a vertical-agriculture project in Indiana, achieved a monumental goal: It outproduced a traditional farm of comparable size for the first time. By using Philips LEDs, indoor farmers can grow all year round—and researchers are working on customizing light spectrum and intensity for each crop. Because the lights are cool, they can sit close to plants, ensuring uniform illumination even when crops are grown vertically, enabling farms to plant more per acre. 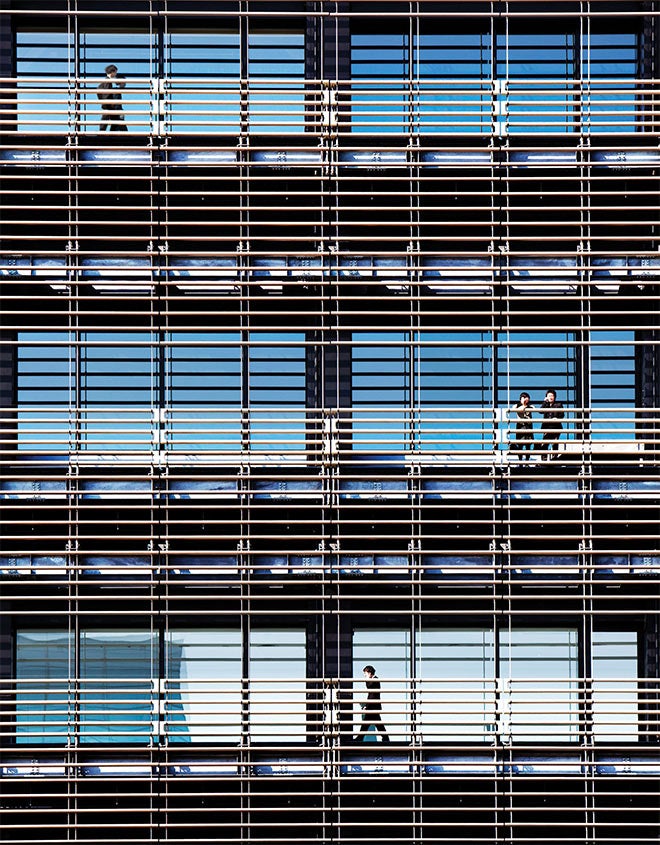 A building facade to cool cities

Modeled after traditional Japanese screens, BioSkin collects rainwater and feeds it through ceramic pipes that run over a building’s exterior. It deflects direct sunlight with solar panels, reducing interior temperatures by as much as 21°F. The system also generates power and lowers air-conditioning costs. With enough buildings wrapped in BioSkin, cities could reduce the urban heat island effect, making the air a lot more comfortable, even for neighbors with conventional cooling systems. 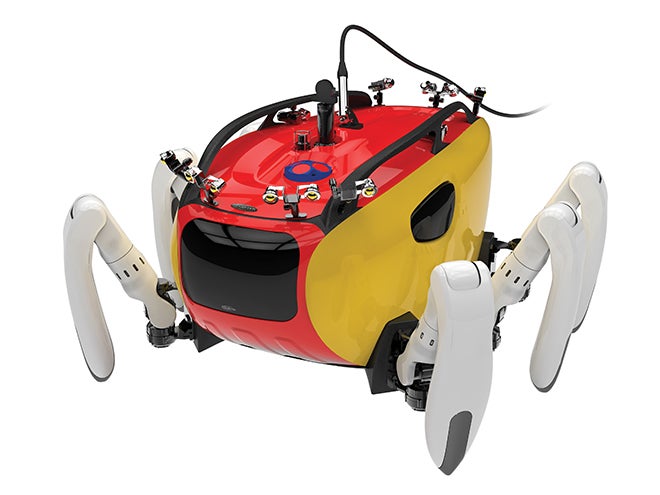 A robotic crab for exploring the ocean

Divers have long been limited by human ability to maneuver in fast-moving currents. That’s where the Crabster comes in. The six-legged, 1,500-pound mechanical underwater robot is ready to help scientists explore previously unreachable sea beds. It stabilizes itself by putting its head down, its rear up, and facing the water flow, and can dive as deep as 660 feet. It also comes equipped with 11 cameras, sonar, and an acoustic Doppler current profiler to send information back to the surface.