How Women’s Bra Sizes Weirdly Correlate To Their Spending Habits

A big data puzzler out of China 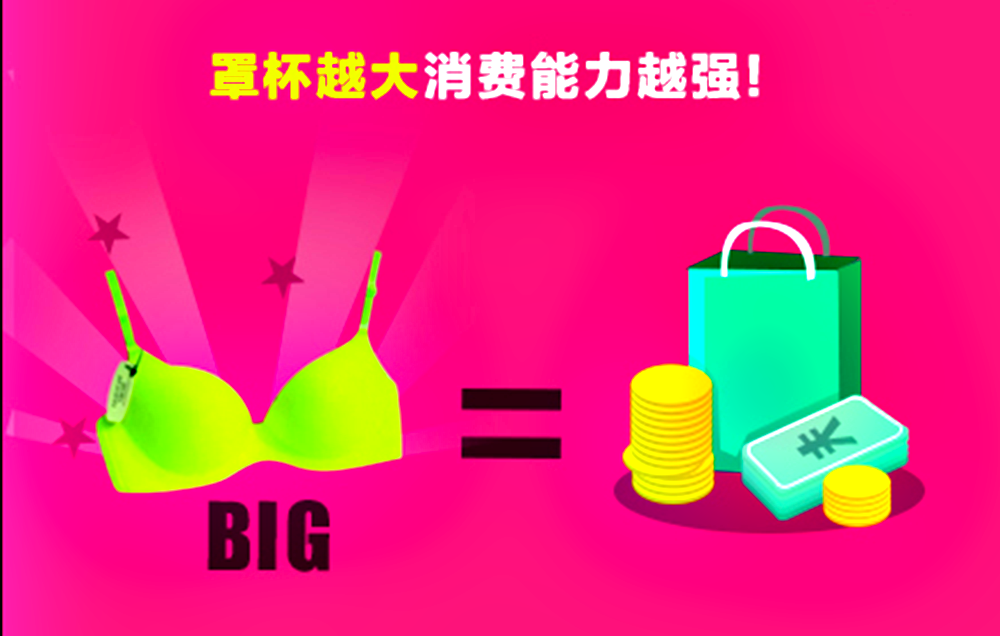 If you want to make billions in 2014, you have to understand big data. Chinese web sales giant Alibaba understands this concept better than most, as it utilizes comprehensive data analytics to predict how consumers are going to spend their money. And while the company’s number crunchers were hard at work hunting trends, they stumbled across this correlation: women who spent big bucks also tended to have, ahem, bigger busts.

This gleeful, schoolyard illustration of the discovery (link Chinese) probably tells us more about the culture of China News Network’s newsroom than the buying habits of female Chinese consumers. But, as Quartz points out, finding even salacious patterns points to the depth of Alibaba’s dive into the underserved Chinese data market:

Other discoveries from Alibaba’s stat miners? About 80 percent of Chinese women who wear G-cups have above average incomes and “like photography”; On average, Chinese women with above average incomes tend to like padded bras; Chinese men with high incomes seem to prefer women with bigger cup sizes, but they usually don’t spend more than ¥100 (about $16 US) on gift brassieres; And female Guangdong residents tend to want larger breasts, while petites rule in Beijing.

Do with that information what you will.